The voice of God reached the ears of Noah declaring the most severe judgment ever proclaimed since God created the universe in a literal six-day period (cf. Gen. 1:31). God instructed Noah by providing, in exact detail, the specifications of a massive ark that would provide the only escape from guaranteed judgment. Think about it—out of millions of people, only eight survived the catastrophic judgment of the universal flood. Why were these few people the only ones that God saved?

The current world census states that approximately 7.3 billion people populate the Earth.[1] Does God have a plan that will mimic the horrific judgment of the universal flood, resulting in a massive number of people losing their lives and, worse yet, an eternity separated from God Himself? The Bible provides the answer. The facts are startling and require every person to consider very seriously their relationship with the Creator of the universe. Please do not skip one sentence in this most important article in my series.

Hebrews 11:7 provides a short but powerful account of God’s Divine warning to Noah, and the absolute necessity of Noah’s compliance to avoid personal and familial catastrophic results. We will examine four truths in the verse and then determine the dispensational relevance concerning those living in the present day.

By faith Noah, being divinely warned of things not yet seen, moved with godly fear, prepared an ark for the saving of his household, by which he condemned the world and became heir of the righteousness which is according to faith.

Divine Warning
“By faith Noah, being divinely warned of things not yet seen” begs the question of, “What ‘things not yet seen’?” The Scriptures do not record rainfall occurring prior to the deluge that poured from the sky in Noah’s day.[2] Yet now, God specifically warned Noah that a catastrophic universal flood was coming that would ultimately destroy all but eight souls, including Noah (Gen. 6:7; 7:7). Noah took the warning of God deadly seriously and purposely focused the next 100 years of his life to build the enormous ark as God commanded (Gen. 5:32; 7:6).

God had never watered the earth via rain before, and neither had God judged the world’s population resulting in the annihilation of all but eight people. God demonstrated His justice in Noah’s day, via acts of nature, which the world had “not yet seen.” The application of this concept to the current dispensation is astounding when considering that God offers eternal life to all who believe the gospel of the death, burial and resurrection of Jesus Christ as payment for their sins (cf. Rom. 3:23; 5:8; 6:23; 1 Cor. 15:3-4). God clearly warned all people in this current dispensation that failure to trust in Christ’s finished work on the cross results in physical and spiritual death, with the guaranteed penalty of eternal separation from God in the lake of fire (cf. Rom. 6:23; Rev. 20:11-15; 21:8).

Warning! God still warns all people in the present age that catastrophic outcomes await all those who fail to respond to His call. The Apostle Paul states, “For the things which are seen are temporary, but the things which are not seen are eternal”(2 Cor. 4:18). Just as God promised to Noah that rain would come for the first time and destroy humankind, except for those saved by entering the ark, so God warns that failure to accept what His Son Jesus Christ did on the cross has horrific eternal consequences.

Divine Fear
Noah was “moved with godly fear” to construct the ark. The Greek word εὐλαβέομαι (eulabeomai) includes the concept of “reverence, circumspect and a holy fear.”[3] Noah recognized that the all-powerful God meant what He said, and there was no “shadow of turning” in what He stated (James 1:17). God’s Word demanded immediate attention and obedience.

The challenge Noah faced to obey the Word of God has not diminished in this present dispensation. However, though Christians do not stand in jeopardy of being wiped off the earth by a cataclysmic flood, God asks every true believer in Jesus Christ to live a life that exemplifies a holy reverence and love for Jesus that results in “good works” (Eph. 2:8-10).

Divine Condemnation
The Creator and ultimate judge of the world, made the judicial determination that the ungodly actions of the world’s population in the days of Noah forced Him to condemn the people to death.

Then the LORD saw that the wickedness of man was great in the earth, and that every intent of the thoughts of his heart was only evil continually. And the LORD was sorry that He had made man on the earth, and He was grieved in His heart. So the LORD said, “I will destroy man whom I have created from the face of the earth, both man and beast, creeping thing and birds of the air, for I am sorry that I have made them.”

The harshness of the statements bears testimony to the fact that God demands justice. The massive ark had the capacity to take in scores of people and safely carry them through the catastrophic universal flood. Yet the people’s hearts were rebellious toward their Creator, so they suffered the consequences of Divine condemnation.

Divine Righteousness
Hebrews 11:7 closes with a positive account of the faith of Noah. God records that Noah “became heir of the righteousness which is according to faith.” Noah’s faith in God resulted in God imputing His righteousness to Noah. 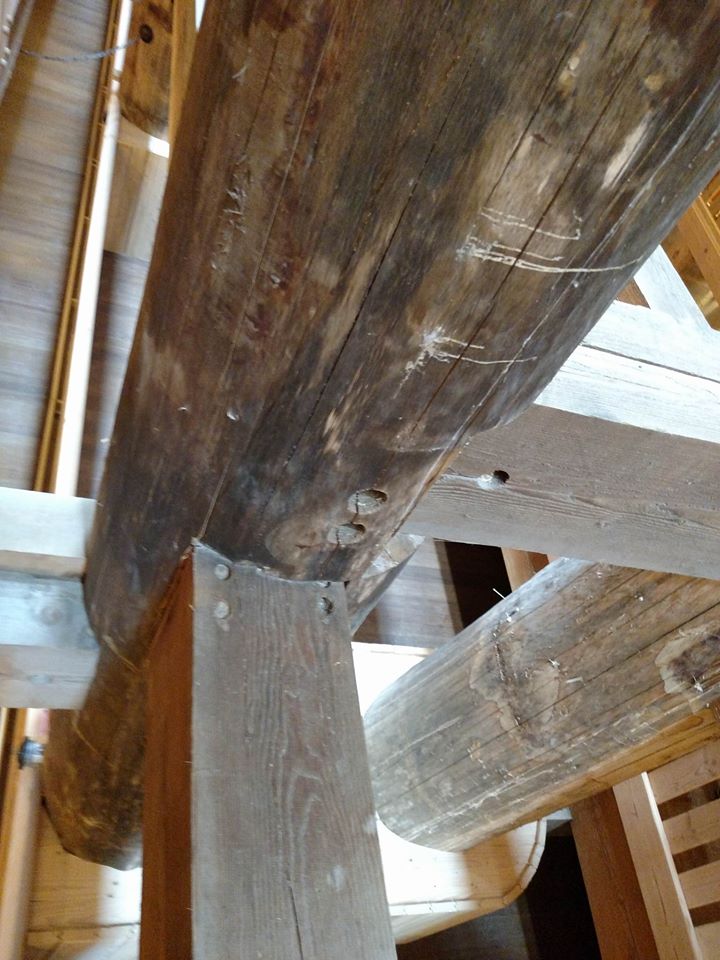 Scripture states that God’s righteousness is “imputed to us who believe in Him who raised up Jesus our Lord from the dead, who was delivered up because of our offenses, and was raised because of our justification” (Rom. 4:24-25).

What is the lesson of Noah, the ark and the flood for those living in the present dispensation? First, God warns all people of judgment for those who refuse to hear and accept His plan for salvation (Rom. 5:12). Second, God’s justice demands a reverence, or godly fear, that results in listening to and heeding God’s Word (Rom. 10:17). Third, all people stand condemned to eternal punishment for refusing to accept the Lord Jesus Christ as the complete and only payment for their sin (Rom. 6:23). Finally, all who come to the Lord Jesus by faith and accept God’s gift of salvation will live for eternity in the presence of God (Rom. 5:21; Tit. 3:5-7). Those who rejected God in Noah’s day suffered condemnation, and those who reject the gospel, or good news, of the death, burial and resurrection of Jesus Christ likewise stand condemned (1 Cor. 15:3-4). Lesson learned or rejected? What will you do with Jesus today?

[2] Robert L. Deffinbaugh, “Faith and Failure or What Happened to the Skeletons in the Patriarchal Closet? (Hebrews 11:7-12),” (Bible.Org, Lumina, 2009) <https://bible.org/seriespage/26-faith-and-failure-or-what-happened-skeletons-patriarchal-closet-hebrews-117-12>; accessed 1 August 2016.