Why Am I A Dispensationalist? | Jacob Reinhardt

Why Am I A Dispensationalist? | Jacob Reinhardt 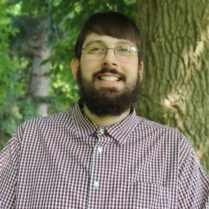 I’m Jacob Reinhardt, and I am a dispensationalist.[1]

I grew up in church, and was saved at five years old. When I began to take my faith more seriously at age 14, I spent a very short time in a non-dispensational church, but quickly made my way back to a Calvary Chapel church with the rest of my family where Bible prophecy was taught in a dispensational scheme. However, the focus was more on the importance of Bible prophecy and on inductive Bible study. Regarding the prophecy element, I also read in my teen years many of the Left Behind series by Tim LaHaye and Jerry Jenkins and had the dispensational scheme of prophecy reinforced by the fictional series in a positive way. On inductive Bible study, I was also introduced to using observation, interpretation, and application in studying the Bible to work through an entire book. This was modeled in the pulpit, too. While I had a good foundation through all these pieces, something was missing. With one exception in Bible College, I do not ever recall the word dispensationalism being mentioned by pastors or teachers. Additionally, there was no training regarding systematic theology as such. What I mean by that is it wasn’t even explained how to fit the Bible together. There were basic references to “analogy of faith” or “Scripture interprets scripture,” but this wasn’t quite enough for me to understand what was really needed to fit the Bible together. I did have opportunity to write one paper in Bible College that helped solidify, even in my ignorance during this time, my conviction and reason for believing in the distinction between Israel and the church. Thus, between that paper and my training in the inductive method of Bible study, I was already on my way to dispensationalism though I didn’t realize it or the significance of it for my study of the Bible in non-prophetic areas.

As I entered my early 20s, I reached a point of great struggle especially as it pertained to understanding the gospel and various practical issues. For one example that is pertinent to dispensationalism, I remember reading something in the books of Moses about what was to be done when an animal died of itself, and I would wonder as I drove by a piece of roadkill if I was obligated to take care of it. (I can’t find the reference today though.) This kind of practice is not something that would’ve been advocated by any of those who taught me during my childhood, but it was something purely of my own doing. Ultimately, after some bad choices (for my whole story, please see A Memoir of a 30 Year Old), I had to get back on my feet spiritually. Part of this involved providentially pursuing graduate theological education at a dispensational Baptist college that is now known as Clarks Summit University. It was through my experiences at the graduate level that I understood much more clearly the real need for more than just inductively studying the Bible, the need to fit the various parts of the Bible together. My first class was a significant experience, titled “How to Develop a Biblical Worldview” taught by Dr. Mike Stallard. That introductory class aimed to provide a methodological foundation to the idea of worldview building, with a strong introduction to (1) literal hermeneutics, which I already knew through inductive Bible study, and (2) systematic theology. A real watershed moment came a few classes after that when I took a class on dispensationalism specifically, and read Charles Ryrie’s work Dispensationalism (Revised and Expanded). I remember with vividness how the light bulb went off that summer as I read that book. As one example, never again would I feel the burden of guilt for not following all the minutiae of the law, such as burying an animal that died of itself in such and such a way. The paper I wrote for that class, An Evaluation of Charles C. Ryrie’s Sine Qua Non of Traditional Dispensationalism, was a landmark in my life for defending my own belief in Ryrie’s own three-fold definition of dispensationalism.

Why does dispensationalism matter? It finally helped me see the need to formulate my truths by taking all of Scripture into a whole and not trying to make each individual text say more than it actually meant. By doing this, it built on my pre-existing belief in inductive Bible Study and in the distinction between Israel and the church. It also makes such a difference in how I try to understand my responsibilities in this dispensation and leads me in the direction of appreciating God’s grace. I rejoice in the system’s influence in areas like God’s free grace, our blessed hope of a pre-tribulational Rapture, our way of sanctification, etc.  To be sure, I do not have everything figured out about the various issues that dispensationalism impacts. But, I remain committed to the literal, grammatical, historical method of interpretation and fitting it all together into a coherent whole, letting the distinctions found in the text stand. These lead to dispensational theology. Thus, I am a dispensationalist on primarily hermeneutical and methodological grounds. I think this is the right reason, and I will remain a dispensationalist as long as it fits what naturally arises from the text. I believe it is something that is essential to a proper Biblical understanding, something that every church member should have. I thank God for all those who taught dispensational principles all through my life, and I especially thank God for bringing me to understand it, though much later than I desired.

A Jacob W. Reinhardt, M.A., is an IT systems engineer, a M.Div student at Maranatha Baptist Seminary (Watertown, WI), and a blogger at Biblical Worldview Musings.  Jacob lives in West Seneca, NY, a suburb of Buffalo, and he may be reached at jacob@ajwr.info