Why Am I A Dispensationalist? | Bradley Maston

Why Am I A Dispensationalist? | Bradley Maston 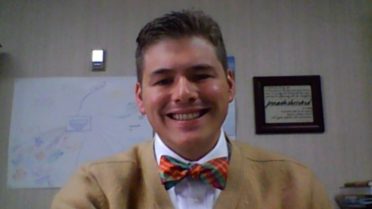 I grew up in a Christian home. A missionary home. A home that emphasized God’s love and pronounced His Grace Gospel to the world. From my earliest years, I dedicated my time and energy to serving Jesus and making His gift of salvation known to us. I have always known that Jesus loves me, through good times and bad, through periods of rebellion and periods of obedience. I was always an ardent student of the Word…even though I had never really been instructed in HOW to study the Bible. I always just read the Bible and believed what I read.

Yet, this did bring challenges. As I read through the Old Testament, I found certain things troubling. Of course, I loved the accounts of the faithful men and women who walked with the Lord and God’s faithfulness to them. But, there was greater trouble when reading through the books of Moses. There were greater challenges indeed. If God had prescribed a certain way of life in the Old Testament, what could ever change that in the new. Was I condemning myself with each bite of non-kosher food? With each time I lifted my hand on a Saturday?

As I looked around, these challenges seemed to bother very few others. There were occasional vague responses from some who would just explain: “That’s why it is called the OLD Testament, just ignore that.” This, however, seemed perfectly unsatisfying. The struggle and the conviction challenged me, even keeping me up many nights. Conviction for my own sin and lack of understanding about God’s forgiveness as it applies to the believer now was only compounded by the immense weight of the Law of Moses which I could never hope to keep!

Then, the Lord began to work the cure. It began with the introduction of Watchman Nee’s books Sit, Walk, Stand and The Normal Christian Life. The truth of the believer’s position in Christ turned my walk with Christ upside down – or rather…it turned my walk with Christ right-side up! It was here that I first learned that it was not what I had done, but what Christ had done for me. It was not I who would live this life, but Christ who lives His life in me (Galatians 2:20). Having known all of these verses for years, I was freed by the gift of having them finally explained to me.

From there, the Lord moved me forth into Holly Hills Bible Church. Under the tutelage of Vern Peterman, I finally understood. I saw the faith clearly displayed and explained from the Bible. Understanding the distinction between the Church and Israel and God’s plans for each opened my eyes. I was finally given the keys to escape the post-modernistic prison of my own skepticism. The Bible was no longer a vague crystal ball of good ideas and nice predictions – Now each verse was filled with meaning which could be discovered and applied. Thus, I went on to study at Tyndale Seminary while serving as a Tentmaker-Missionary in South Korea. And our ministry there was blessed as more people saw the freedom, life, and provision for every believer in Jesus Christ.

When the Lord finally called us to begin pastoral ministry at Fort Collins Bible Church there was no question where to begin. My first series was how we behold the Lord through His word. The second series focused on the uniquely dispensational doctrine of the believer’s position in Christ. After those two pieces were in place, we began more than year long study in the Book of Revelation. That which is most mysterious to Christianity at large is so clearly understood in light of God’s wonderful word.

And that is how I became a dispensationalist, and why I continue to be one to this day.

__
Pastor Bradley Maston is the pastor of the Fort Collins Bible Church in Fort Collins, CO, one of the churches on our Dispensational Church list. You can find more of Pastor Maston’s work at his blog.