Why Am I A Dispensationalist? | Jim Lilley

Why Am I A Dispensationalist? | Jim Lilley 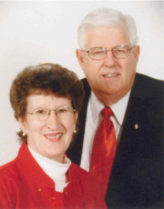 I was reared in a Southern Baptist Church where the Second Coming was never once mentioned. In fact, as a  young man I went to my pastor and asked him about the book of The Revelation. He responded that it was a “closed book,” and he only preached from one verse in the book (Revelation 3:20). However, from time to time I would hear Dr. J. Harold Smith preach on the radio and he would mention the coming of the Lord and the Judgment Seat of Christ.

In the fall of 1957, I enrolled in an SBC college for the purpose of preparing myself for full-time ministry. More discouragement came as my faulty advisor advise me not to major in Bible, but to change it to History and minor in English. The Bible teacher was very general in his teaching and more discouragement piled up. So I did not return following that first semester due to bad grades and discouragement.

In the spring I enrolled at LeTourneau University in Longview, Texas. (At that time LeTourneau Technical Institute). Again, my professor (ThD) taught from an amillenial viewpoint. However, this was his last semester and he retired that May. It was announced that a  new professor would be coming in the summer semester who had graduated from Dallas Theological Seminary with a ThD. His thesis was on the Progressive Parallelism in the Book of Revelation.

I re-enrolled for the summer semester where he taught a course on the Harmony of the Gospels. In the first class, he draw a chart on the chalkboard of the dispensations from ETERNITY PAST to ETERNITY FUTURE! I was absolutely astonished! NEVER had I seen anything like this. Following the class, I walked out into that East Texas sky and looked toward heaven thanking Him for revealing His truth to me through his very Godly man. At that time, I promised the Lord that I would preach and teach His Word from a dispensational. pre-millennial, pre-tribulational viewpoint.

My home church, where I was baptized, called to preach and ordained, REFUSED to have me preach at the church because I had embraced what they called “a cult.” In fact, their pastors scheduled me to preach there on three occasions, and because of the pressure from some of the members, they canceled me out. However, in the past 15 years, they have asked me to preach there for several times.

IN ALL OF IT, I am so thankful for the privilege to have preached the dispensational interpretation of the Word of God for over 57 years. I will continue to preach His Word until HE COMES or CALLS! To God be the Glory!

Jim Lilly is pastor of Pastor of Edgewood Baptist Church in Trenton, GA, one of the churches on our Dispensational Church List.