What Makes a Dispensation?

What Makes a Dispensation?

When God gives a revelation that was previously unknown, and this new revelation makes a fundamental change in the manner of the work that God is doing on earth, this marks the beginning of a new dispensation.

To put it simply, that is where we make a cut—where we place a dividing point.

To illustrate the magnitude of the type of cut that we are talking about, consider the division of the calendar that occurred when we moved from “B.C.” to “A.D.”

In other words, we are referring to points in history where God did something so fundamental that we must recognize a division in terms of man’s responsibility to his Creator.

Finding the places where we make these divisions is not always easy. We must also keep in mind that simply reaching a more complete understanding of something that God had previously revealed does not, in itself, create a new dispensation. Sometimes in Scripture, people will finally comprehend something that was revealed much earlier. That is not the basis for seeing a division of dispensations.

Now all these things happened unto them for examples: and they are written for our admonition, upon whom the ends of the world are come.

In the context surrounding this verse, we find further light shed on several concepts that were not fully understood in the Old Testament. For instance, 1 Corinthians 10:4 states regarding the significance of a historical event that occurred centuries earlier, “That Rock was Christ.” Moses and the people of Israel did not fully comprehend this truth back in Exodus 17:6. At the time, they were merely looking for water. However, the illumination given to the Corinthians on this subject did not mark the beginning of a new dispensation. The revelation of such an Old Testament type provides nothing that is fundamentally new. 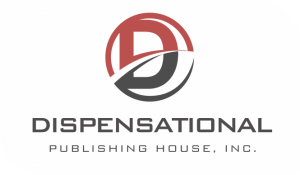 Likewise, the fulfillment of a prophecy does not normally give us grounds to automatically mark the beginning of a new dispensation.

When Jesus was born in Bethlehem, He fulfilled many prophecies, including Genesis 3:15, Isaiah 7:14 and Micah 5:2. This particular point, however, was not the beginning of a new dispensation. We can know this with certainty, because Jesus was “born of a woman, born under the Law, so that He might redeem those who were under the Law” (Gal. 4:4-5, NASB).

Jesus lived under the Mosaic Law and obeyed that law—despite accusations by His enemies to the contrary. He ultimately came both to teach and to “fulfil” the law (Matt. 5:17). He was living the law. This is fulfillment of prophecy, not a new dispensation.

When Christ returns to establish His kingdom at the second coming, however, this will be both the fulfillment of prophecy and a new dispensation based on a new revelation that God gives of Himself. But this is a different case than we see at Christ’s first coming.

That is because a dispensation begins when God gives a fundamentally new revelation which changes mankind’s responsibility to God and to other men.

The standard delineation of dispensations includes the following divisions, which will be studied further in future installments of this series:

Some of these divisions are so clear that even those who are devoted to covenant theology would agree with us on them. Others are not as clear, but the issue of where to make a division may still be vitally important.

Dispensationalists generally agree on these basic principles, yet it is up to every individual Christian to, “Study to shew thyself approved unto God, a workman that needeth not to be ashamed, rightly dividing the word of truth” (2 Tim. 2:15). Each one must be convinced as to where to make those straight cuts in understanding God’s Word.

May God help us to do so as we study the Scriptures carefully and reverently.