What is American Independence?

What is American Independence?

Today we celebrate Independence Day. We celebrate freedom, liberty, opportunity—values at the core of America. And yet, many Americans have lost the true meaning of independence. It has come to represent unhindered extravagance, unrestrained indulgence, and unbridled autonomy. But if you read the Declaration of Independence, the Constitution, or other writings of the founding fathers or accounts of their conversations, you will not see such a description of independence. Their intent was not to throw off all authority or create license to live without consequence. They were not shaking their fists or thumbing their noses at God—they weren’t declaring independence from Him.

No, just the opposite. They declared their dependence on God—what they called “a firm reliance on the protection of divine Providence.”[1] They “[appealed] to the Supreme Judge of the world”[2] and recognized their “unalienable Rights”[3] were “endowed by their Creator,”[4] and that it was “Nature’s God”[5] who gave them the right to form a “new nation, conceived in Liberty.”[6] The founding fathers didn’t revolt against Great Britain so that future generations could do what they wanted without any submission to authority or plunge into a flood of dissipation and debauchery under the banner of independence. They revolted because King George was a tyrant, and his “long train of abuses and usurpations”[7] had become nothing other than “absolute Despotism.”[8]The founding fathers did not devise a list of rights and freedoms but removed the human shackles that had bound God-given “Life, Liberty, and the pursuit of Happiness.”[9] Even that last word, happiness, has taken on a connotation of pleasure seeking and self-gratification when Jefferson’s likely meaning was more along the lines of the right “to preserve . . . his . . . estate against the injuries and attempts of other men” penned by English philosopher John Locke in his Second Treatise of Government.[10]

By all means, celebrate at your 4th of July parade and picnic and fireworks. Cherish the freedom to go to a ball game or a movie or a barbecue down the block, the liberty to own your own property or start your own business, and the opportunity to control your personal destiny along any number of paths. Those are blessings many others around the world do not enjoy. But don’t water down American Independence to nothing more than an unchecked license to do what you want to do. That was never the idea of the founders. The independence they fought for was liberation “to assume among the powers of the earth, the separate and equal station to which the Laws of Nature and of Nature’s God entitle them.”[11] They recognized “only a virtuous people are capable of freedom,”[12] and that the Constitution “was made only for a moral and religious people.”[13] As Benjamin Rush, founder and signer of the Declaration of Independence, summed it up: “Without [a foundation laid in religion] there can be no virtue, and without virtue there can be no liberty, and liberty is the object and life of all republican governments.” This was echoed by statesman Gouverneur Morris, signer of the Constitution and penman of its preamble: “[F]or avoiding the extremes of despotism and anarchy . . . the only ground of hope must be on the morals of the people. I believe that religion is the only solid base of morals and that morals are the only possible support of free governments.” These are just a sampling and show the mood and mindset of America’s founding fathers. They clue us in to what sort of independence they envisioned.

Now the fabric of our nation is fraying as we are divided by politics and ideology, but more than that, by the hostility and vitriol directed at those who disagree with us. Our nation is also strained under the weight of decadence, avarice, and immorality—all under the guise of being free. If we continue down this path, that which is our signature virtue will become our ultimate downfall. And if we do not recognize our independence for what it truly is—and isn’t—and strive to protect it, we will lose it. There is also a growing sentiment that American Independence is “bad,” that we should not exercise or seek to protect our rights and freedoms or that doing so is somehow an affront to God and our fellow humans. It shows how far we have drifted from our charted course. As Ronald Reagan so famously said, “Freedom is never more than one generation away from extinction. We didn’t pass it to our children in the bloodstream. It must be fought for, protected, and handed on for them to do the same, or one day we will spend our sunset years telling our children and our children’s children what it was once like in the United States where men were free.”[14]

This great nation “of the people, by the people, for the people”[15] has survived for nearly a quarter of a millennium only by the grace of God, the fortitude of people like our founding fathers, and the blood of men and women willing to give “the last full measure of devotion”[16] to preserve it. In keeping with that sentiment, and with President Reagan’s words above, I suggest we would do well to emulate the solemn pledge that closes the Declaration of Independence: And for the support of this Declaration, with a firm reliance on the protection of divine Providence, we mutually pledge to each other our Lives, our Fortunes and our sacred Honor.[17]

Today we celebrate independence—independence from tyranny and oppression, from abusive distortion of divinely granted authority and those who would seek to suppress the light of liberty. But we also celebrate dependence—dependence upon God and upon each other and upon the vision and values that shaped these United States of America.

This blog was originally posted at With All My Mind, the blogsite of the author. 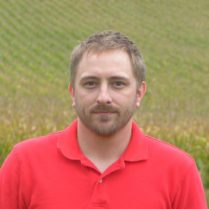 Nathan Birr is an author of more than a dozen books, including “The Douglas Files,” a detective series dealing with tough issues from a Biblical worldview. He and his wife Sierra live in Sheboygan, WI. Nathan’s website is nathanbirr.com.