As we saw last time, we may set up a framework by listing some of the things we can be sure of in the light of prophetic Scriptures. We looked at seven such concepts.

These are items of which we can be certain, according to the Scriptures, but where does America fit into the picture? Well, I believe you will search the prophetic Scripture in vain for any indication at all of America’s part in the future program. It is just not there.

This leads to some interesting speculation, if you want to call it that. Could it be that just as Japan in those World War II days was referred to as the Empire of the Rising Sun, that the United States of America is becoming the Land of the Setting Sun? No American who loves this country takes any pleasure in that kind of pronouncement, or wants to believe it. But some have suggested that the reason why the United States does not appear in the prophetic events of the last days is because we will not be around. Others conjecture that  possibly we will be a part of that 10-nation federation of states, since our roots and beginnings come from that part of the world.

I had another suggestion made to me, which I would like to believe, but I am not very optimistic about it. There is the possibility that the United States of America might experience a sweeping revival and renewal, and a sweeping into the kingdom of God of literally millions of souls, and thus would be taken out of the world with the true body of Christ before these events occur. That is a happy thought, but it does not seem likely.

These are all possibilities, but in any case, it is clear that we will have a relatively minor role in shaping the events in the final days before Christ comes back. God’s Word clearly outlines that all of the action will take place in the Middle East.

Where Do We Stand Today?

I believe that we are at a moment of desperate crisis for the United States of America, and for the world. I believe things are shaping up fast for the unfolding of the last events on this earth, and unfortunately one of the reactions we get from some good Christian people is, “Well, ‘que sera sera,’ whatever will be, will be.”

They say, “We know what is going to happen, and prophecies will be fulfilled, and so what can we do about it?” I am reminded of a statement in Matthew 18:7, It has nothing to do with prophecy, but it makes an interesting point when Jesus says, “Woe to the world because of offenses! For offenses must come, but woe to that man by whom the offense comes!” I would like to use a somewhat similar terminology and suggest that while prophecies will definitely be fulfilled, “woe to the man” who unnecessarily brings about the fulfillment of those damnable things which we should be acting upon as restrainers. We should be doing all in our power to keep them from coming to pass in the world so that the gospel might have the freedom to go out and win every last possible soul to Jesus Christ.

We need always to remember that there is a great deal of flexibility in God’s program. There are certain events that will unquestionably occur, but between them and around them and before them and after them, there is an area of the unknown for which we have no crystal ball in which to see the specifics.

I can go to Chicago, Ill., in quite a number of different ways. The ultimate destination I have in mind is Chicago, and my staring place is Peoria, Ill., but in between the two there are almost limitless possibilities. I could walk if I had the time and the energy, or if there was enough snow I could borrow a snowmobile. I could take an airplane, or I could take a bus. Or if I decided to drive myself, there is an innumerable selection of routes. Some ways are harder than others, some ways are easier and some ways are faster, but my point is that there is an area of flexibility.

God said that in 40 days He would destroy Nineveh (cf. Jon. 3:4), and ultimately it was destroyed, but not on that schedule. In response to repentance and a turning to God, He gave a reprieve and postponed His actions because people turned to the Lord.

Now I do not know what reprieve or probations God may give us, and I would not count on them too heavily. But flexibility exists, and things could be a little better than they are.

The reason why I say this is because Christian people need to get active—not only in this nation’s affairs, but also in the field of our Christian faith. Frankly, there is a great deal of reason to live for Christ, because not all the events and happenings of the last days have been spelled out in terms of, “This will happen at 6:00 p.m. and this at 6:01 p.m.” We do not have those specifics. And since God has not given us insight into the details of His program, we have to work on the assumption that He wants us to preserve freedom to the last possible moment; freedom to get the message of the gospel to the last possible soul who can receive Christ.

A world government will indeed come and enslave the world, and it will cost people their lives to believe in the Lord Jesus. But meanwhile, it is my job to carry on business until He comes (Lk. 19:13), and take a stand in the community, and take a stand at the ballot box, and take a stand in the affairs of the United States of America. I must do all I can to preserve—to the last possible moment—the freedom to “preach . . . the unsearchable riches of Christ” (Eph. 3:8). I have a responsibility to do that and so have you!

This article originally appeared as chapter 2 in
How Long, O Lord? How Long?: What To Do While Waiting For the Lord’s Return
(Columbus, GA: Brentwood Christian Press, 2002), pp. 21-31.
Copyright © 2002 Dr. David B. Dunn. All rights reserved.
The article is reprinted here by permission of Dr. David B. Dunn.
For more information regarding Dr. Bruce W. Dunn, go to www.TimelessTruthMedia.org. 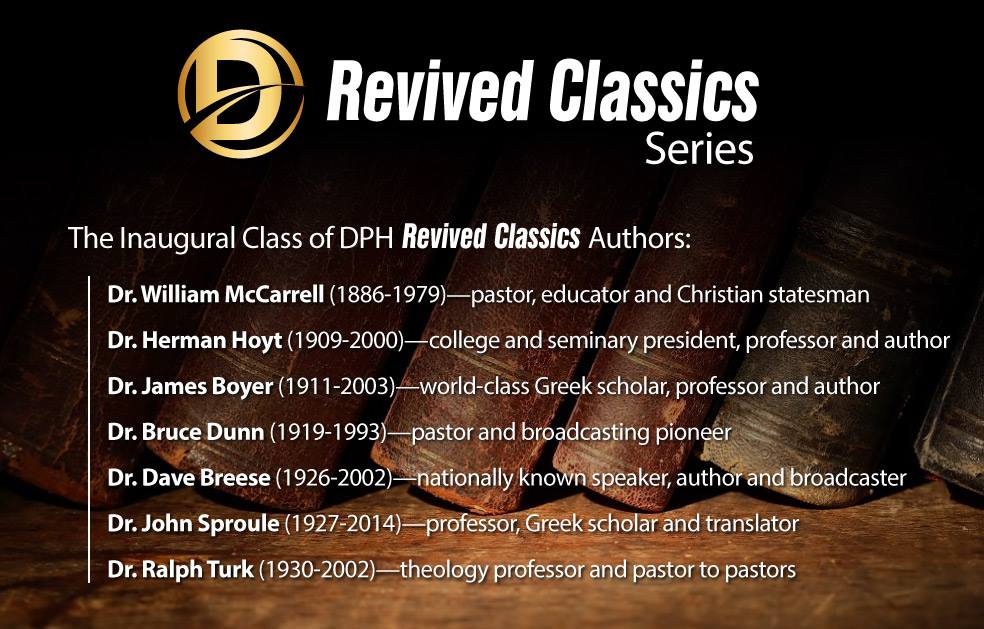