Many new ideas are being touted today in terms of changing the direction of churches. We need to become educated on the mood of the body of Christ, and how new ideas are percolating.

In this series, we are taking an in-depth look at nine troubling ideas that keep resurfacing in the area of philosophy of ministry. If you have not yet faced these issues in your local Bible-believing church, be assured that you will be facing them soon. They are plaguing many churches. The first of these ideas are as follows:

Some would tell us today that we must not teach from anything but the gospels or the epistles on Sunday morning. After all, we are told, you can teach all 66 books of the Bible without teaching from the Old Testament because the message of the Old Testament is really contained within the New Testament.

Therefore, we would not get up and teach from a book like Hosea. But even though a person may believe in the inerrancy of Scripture and hold to a correct Bibliology, there may be a refusal to communicate all of the teachings of Scripture. This is nothing short of a methodological attack upon “the whole counsel of God” (Acts 20:27, NKJV).

What was the very first lie spoken by the devil?

Now the serpent was more crafty than any beast of the field which the LORD God had made. And he said to the woman, “Indeed, has God said, ‘You shall not eat from any tree of the garden’?” (Gen. 3:1)

The original command was given in Genesis 2:16-17, and the first thing out of Satan’s mouth was, in essence, “Did God really say that?” If you watch carefully how the devil quotes those passages, you will notice that he both leaves out and inserts various things. Right out of the gate the devil is attacking the authority of the Word of God. 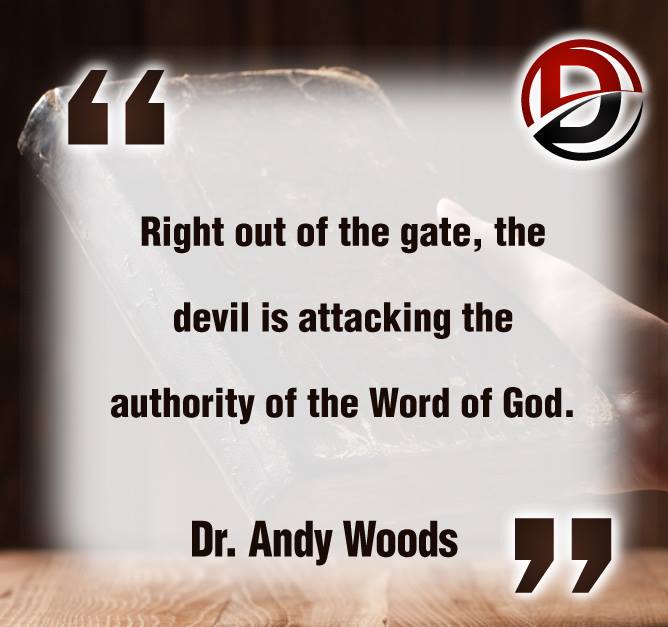 The last time I checked, the whole Bible is inspired. Notice the Apostle Paul’s words in 2 Timothy 3:16:

All Scripture is inspired by God and profitable for teaching, for reproof, for correction, for training in righteousness.

Later on, Paul states regarding all of the God-breathed Scripture:

Preach the word; be ready in season and out of season; reprove, rebuke, exhort, with great patience and instruction. (2 Tim. 4:2)

I understand the power of subjectivity and selectivity. I like it better when people like me. If I were to pick what I would preach and teach from the pulpit and what parts of the Bible I was going to emphasize, I would leave out things that I thought would offend people. 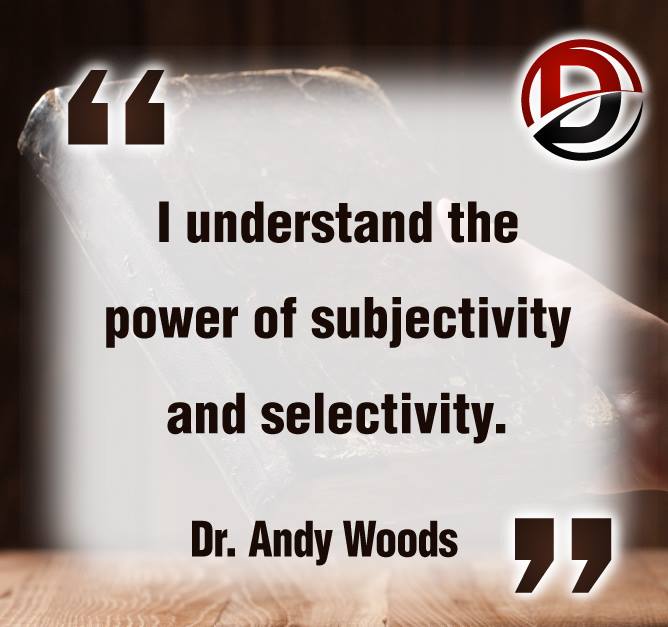 Because I am in a method where I am teaching through the whole Bible, I am forced to deal with every single verse. The people were not born yesterday, so if you skip a verse or two, they are going to notice that—when normally you are systematically moving through the Bible. If you are teaching the whole Bible, you are forced—by method—to confront every single verse. I have to talk about things that are pleasant to people—and things that are unpleasant. 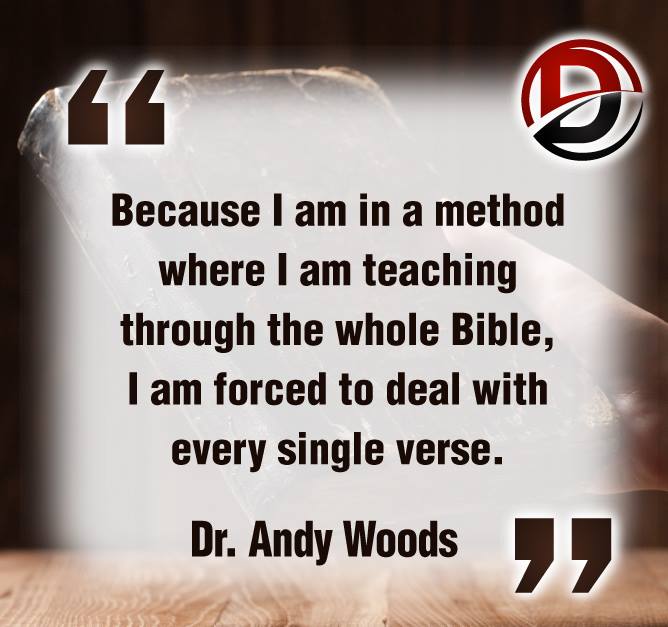 Beloved, the fact of the matter is that God has made the decision that we address these subjects, and I am simply attempting to be faithful to His Word. 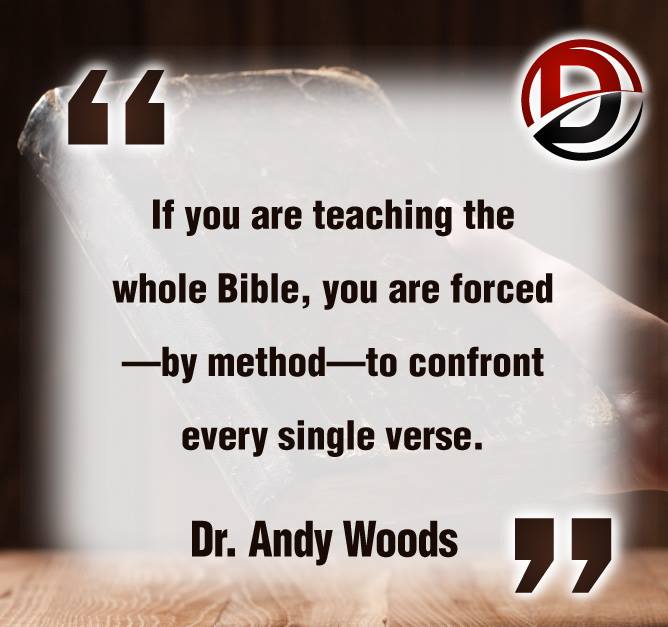 Therefore, I testify to you this day that I am innocent of the blood of all men. For I did not shrink from declaring to you the whole purpose of God.

As Paul speaks these words, he is standing before fellow shepherds in a harbor city called Miletus. He called nearby to the Ephesian elders and explained why he was innocent of the blood of all men. Where is Paul getting that imagery from?

God called Ezekiel to be a watchman on the wall. He is to declare what God has revealed. To the extent that he did and the people did not listen, it was the people’s fault. But if he held something back and the people died in their sin because of ignorance, God would hold Ezekiel accountable.

The book of Ezekiel does not just say this once. It says it a second time in Ezekiel 33:7-9:

Now as for you, son of man, I have appointed you a watchman for the house of Israel; so you will hear a message from My mouth and give them warning from Me. When I say to the wicked, “O wicked man, you will surely die,” and you do not speak to warn the wicked from his way, that wicked man shall die in his iniquity, but his blood I will require from your hand. But if you on your part warn a wicked man to turn from his way and he does not turn from his way, he will die in his iniquity, but you have delivered your life. 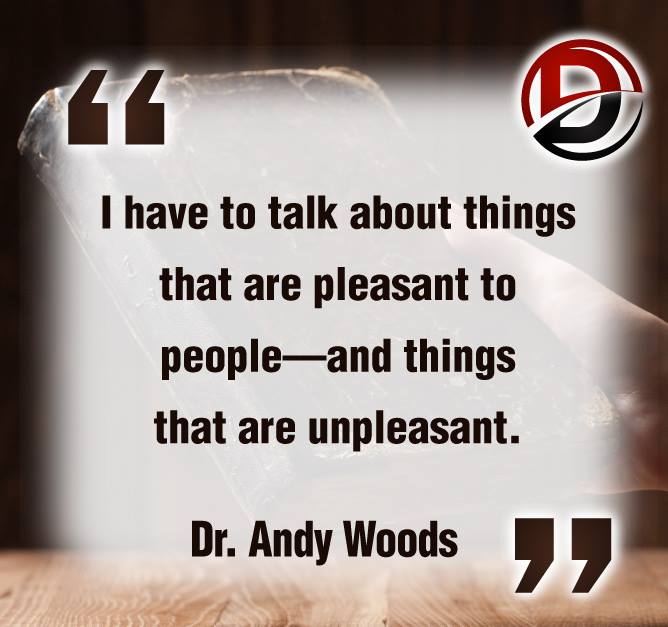 When Paul, in the age of the church, stands before spiritual leaders and says that he is “innocent of the blood of all men” (Acts 20:26), this is what he is talking about.

The reason I teach verse-by-verse is that I am delivering myself. To the extent that I hold back truth, I will be accountable to God.

Let not many of you become teachers, my brethren, knowing that as such we will incur a stricter judgment.

There probably is not a day in my life that goes by when I do not think about that verse. As a teacher, I am called to a higher level of accountability.

This accountability is based on both what I say, and—watch this carefully—what I do not say. There are sins of commission and sins of omission.

Many churches say a lot of good stuff. The issue is, what are they leaving out?

In my church, we often go to 12:30 or later on Sunday afternoon. Many people are looking at their watches by that time, thinking they have things to do. In my mind, I am not thinking about their lunch plans, I am thinking about James 3:1. I am on the line as a teacher and an elder. 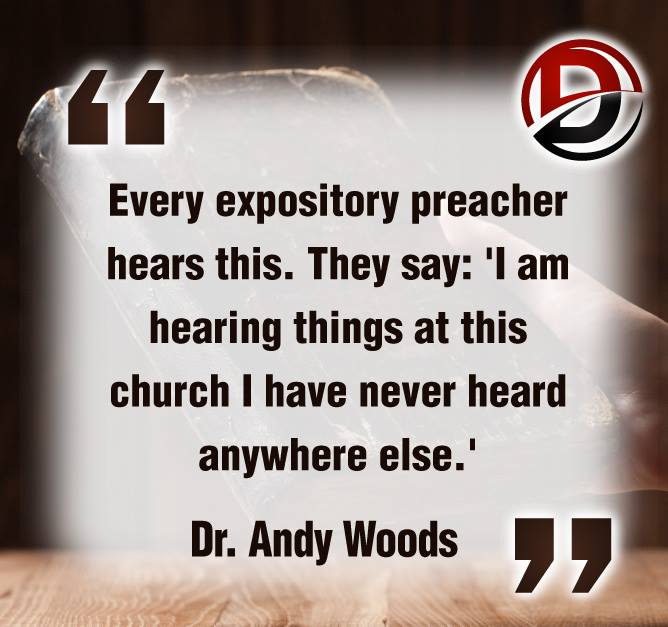