We Must Hold to Biblical Traditions Faithfully—Not Abandon Them Flippantly

We Must Hold to Biblical Traditions Faithfully—Not Abandon Them Flippantly

So then, brethren, stand firm and hold to the traditions which you were taught, whether by word of mouth or by letter from us. (2 Thess. 2:15)

In this series, we are dealing with the concept of ministry philosophy—addressing a paradigm shift that is taking place in many churches. It includes a variety of issues which all churches, of all sizes and shapes and stripes, are currently facing.

Many times today we are differing with other believers, not so much on the inerrancy or even the content of the Bible, as in a conservative/liberal debate. This is a debate among conservatives, regarding methodology. Methodology and pastoral ministry philosophy are just as significant as the doctrinal convictions that one holds. What you believe about ministry philosophy is largely going to control how you will “feed [your] sheep” (John 21:17, NKJV).

In this series, we are investigating nine troubling ideas that serve to define much of this new paradigm that is tempting to so many churches and pastors today. This week, we are going to pause before going any further and think a little deeper about the four topics that we have covered so far. Let us review together:

At the heart of this conflict that is happening in so many churches is a moving away from the ancient paths of Jeremiah 6:16, which states:

Thus says the LORD,
“Stand by the ways and see and ask for the ancient paths,
Where the good way is, and walk in it;
And you will find rest for your souls.
But they said, ‘We will not walk in it.’”

Many Christian leaders today are basically saying, “This is a tradition of ministry that has been handed to me, but I do not want to follow it.”

Out with the Old Tradition?

Do we need to follow the older vision for ministry? While we do not want to put people who have come before us on pedestals, should we not see the value in what they have taught us and the ministry model that they have handed down to us?

As Dr. Mal Couch would say, “We stand on the shoulders of giants.” This is how I feel about some of the men who were my teachers, like Dr. J. Dwight Pentecost, Dr. John Walvoord and Dr. Robert Lightner. I look up to them and have high respect for them. Now, I do not want to elevate them to the status of the Apostle Paul or the Apostle Peter. For instance, there are some minor points that Dr. Pentecost taught with which I may not completely agree. So I may have taken some of the things that Dr. Pentecost handed me and tweaked them at points. But I look at those men with great respect as those that God placed in my life to hand something very valuable to me.

My ultimate authority is the Scripture, but at the same time God has placed gifted teachers into His church who have communicated in a way that I could understand. Therefore, unless I see something very radical in the Bible that tells me to go a different direction, I am not willing to jettison the model that they have passed down to me.

Before altering a foundation, one must ask if he has really good reason to do so. To simply discard a trusted ministry model is, to me, problematic and troubling.

Out with the Old Testament?

We have spent much time so far in this series thinking about the importance of the Hebrew Bible (or Old Testament)—which some today would tell us is no longer relevant or, perhaps, just too difficult for people to comprehend. We realize, however, the importance of obtaining a macro view of the whole Bible so that all of the details will then start to fit into place. 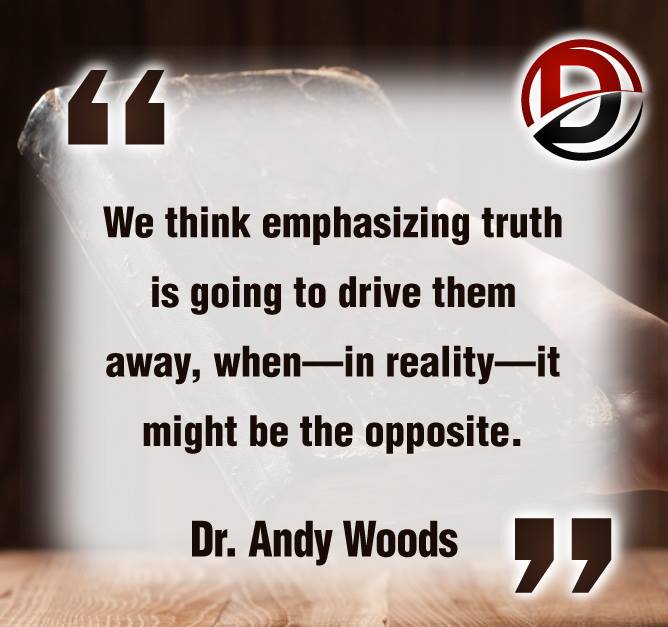 I have a friend in Dallas who I spent a lot of time with when I lived there, who said that he used to get lost in the city until it finally dawned on him how it was structured. Now I lived in Dallas for almost 10 years and still do not know how it is structured! We need that 10,000-foot-level view to see the scope of things—whether we are thinking of the map of a city or of the plan outlined in Scripture. The details only have meaning in a larger framework.

Therefore, the better you understand “the whole counsel of God” (Acts 20:27, NKJV), the better you can hold preachers and teachers accountable for teaching the truth in a specific text.

Also, if you discard the Old Testament, how would we know that we should treat Abraham’s descendants, the Jewish people, as a special group?

God has not given us the authority to edit His Word.

Sometimes the issue is not giving attention to the Old Testament versus the New Testament, but rather particular doctrines or areas of theology. Here is something that has always bothered me, which I have heard for years as a Christian: people talking about the essentials of the faith. The idea is that is it acceptable to disagree with or to disbelieve the non-essentials, or secondary issues.

Here is the problem that I have with that. Show me in the Biblical text the word secondary issue. Where does the Bible say, “This doctrine is primary, but these other things are secondary”?

Sometimes people will label a doctrine, or an even an entire division of theology—often the pretribulational rapture or all eschatology—as being non-essential. In so doing, they are apparently stating that they are not really interested in studying or discussing the issues at hand. Usually, this involves nothing less than devising an excuse for their unbelief, and it is easy to do so by relegating the doctrine at hand to the status of a secondary issue.

But when we think of the rapture, for instance, I do not see Paul saying, “This is a secondary issue that you can agree to disagree on.” Instead, I see Paul unfold the doctrine of the rapture in terms such as these:

Therefore comfort one another with these words. (1 Thess. 4:18)

Now, if by essential you mean something that a person needs to know in order to be justified before God—such as that Jesus died on the cross for the sins of the world, He rose on the third day, we can have eternal life by personal faith in Him and we can receive the grace of God—then I concur that a person does not have to understand the pretribulational rapture in order to be justified before God. 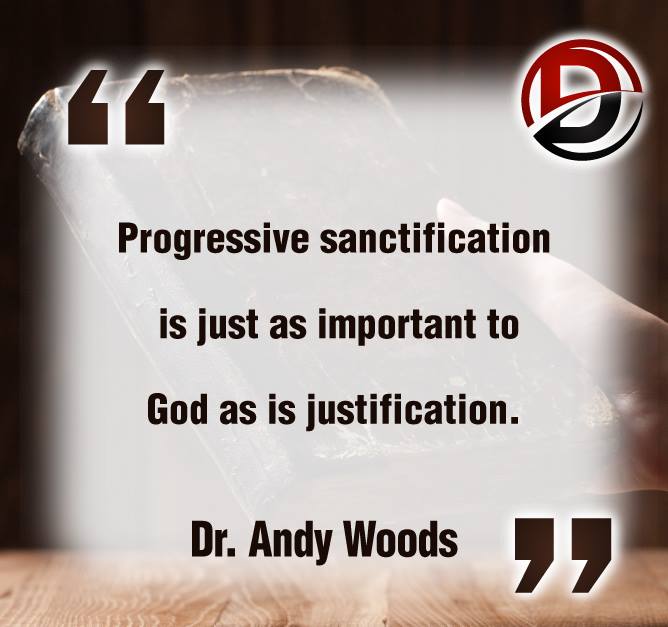 The essential doctrines mentality has always bothered me. It is sort of a canon within the canon mindset. I realize that most of Christendom thinks the opposite of me on this—but you are getting a different perspective here.

What is the rationale that is given for making such sweeping ministry changes as are being proposed today? Often it is presented as the only viable way to reach the youth—which brings us back to where we began this series.

How Do We Reach the Youth?

How do we really go about having a wider impact upon the up-and-coming generation? Are we certain that our new ministry paradigm is going to work? 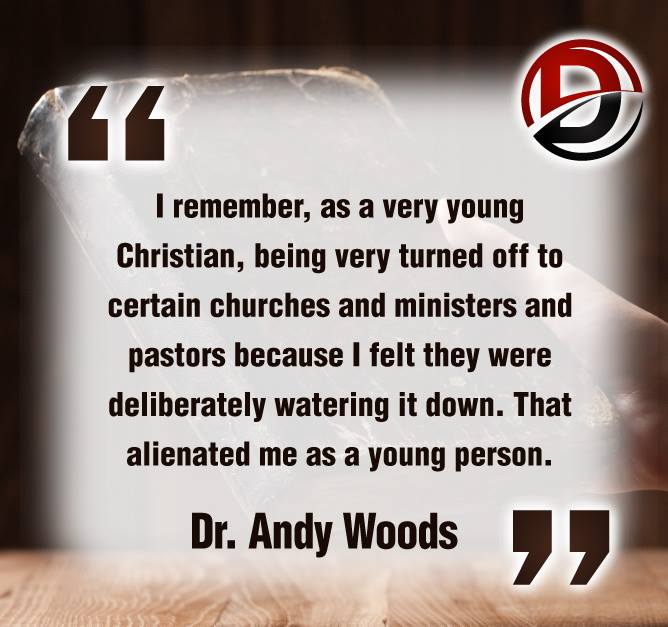 We think emphasizing truth is going to drive them away, when—in reality—it might be the opposite. I remember, as a very young Christian, being very turned off to certain churches and ministers and pastors because I felt they were deliberately watering it down. That alienated me as a young person.

All of this talk about dumbed-down truth for the youth may not be accurate anyway.

To sum up where we are at this point in our discussion: We are not against success, but our main goal as a church is not to be successful on a human level. Our primary calling as Christians is to be faithful.

I hope that you are enjoying this study. We still have five more points to develop in this series. Please stay with us as we continue to deal with them, one at a time.

Now we command you, brethren, in the name of our Lord Jesus Christ, that you keep away from every brother who leads an unruly life and not according to the tradition which you received from us. (2 Thess. 3:6) 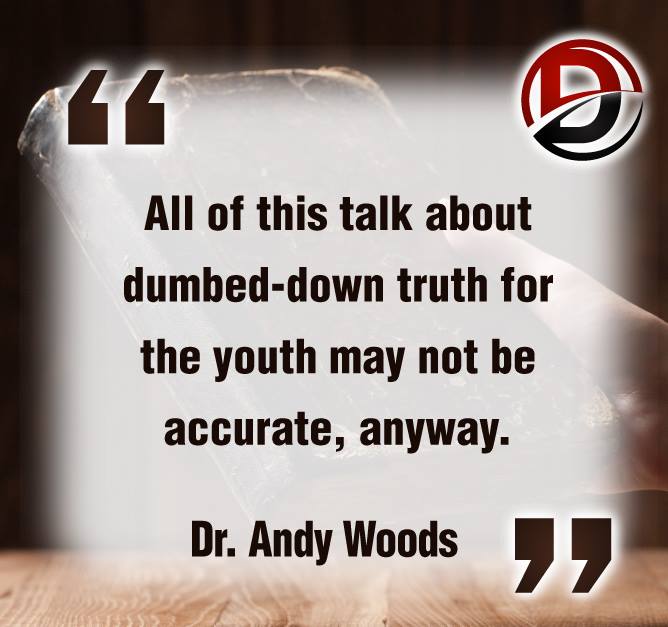