We Must Emphasize Prophecy—to the Extent that Scripture Emphasizes It

We Must Emphasize Prophecy—to the Extent that Scripture Emphasizes It

We continue our discussion about ministry philosophy and the temptation to compromise with regard to it. I want to challenge pastors and spiritual leaders to think deeply about these issues—and not go down that road of compromise.

Last time we began looking at nine troubling ideas in this regard. The first of those was:

We often hear the plea to tone down truth because of the youth. But this is not our calling. In fact, the youth—probably more than any other category today—need to hear the truth.

The second troubling idea is this:

People are telling us today that Bible prophecy does not really deserve too much emphasis. We really need to think carefully about that, however.

There is a well-known statistic compiled by J. Barton Payne, which states that 27 percent of the Bible was prophetic—containing future predictions—at the time it was written. Walter Kaiser summarizes as follows:

Payne was not a dispensationalist of the variety that I am, and was not even in our theological camp. Yet his interest in this question led him to undertake a study of the whole Bible.

If you are going to leave Bible prophecy out—maintaining that you believe it but purposing that you are not going to teach it aggressively—you literally have to take scissors and cut away more than a quarter of your Bible.

How can you be committed to “the whole counsel of God” (Acts 20:27, NKJV) without talking about Bible prophecy?

Now, we all know people that overemphasize prophecy, as well. Some people read too much into it—while others read too little into it.

But I would suggest to any pastors reading to just start teaching through the Bible verse-by-verse. You will find yourself dealing with prophetic themes based on how often God Himself raises the subject. And you may be shocked at how often that is! And the frequency of your teaching on prophecy will be in exact accord with how the Lord deals with prophecy in His inspired Word. Prophecy is just one of the food groups that we are supposed to ingest—and we have other food groups as well. 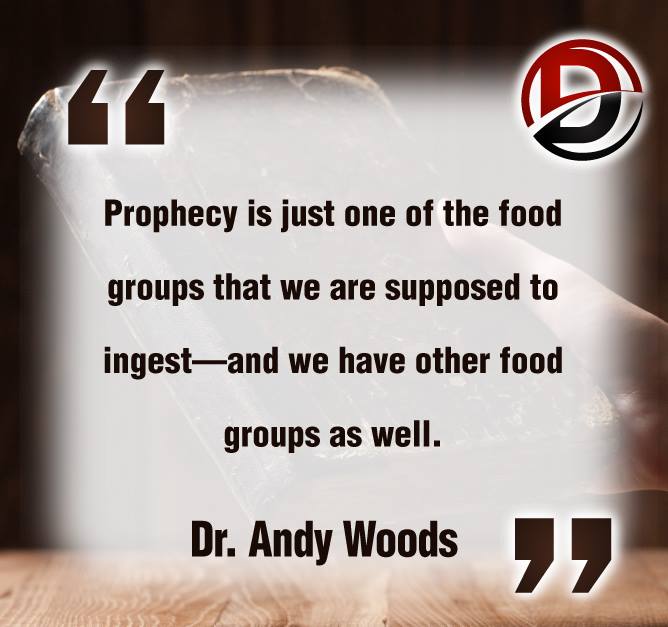 So we have the prophetic word made more sure, to which you do well to pay attention as to a lamp shining in a dark place, until the day dawns and the morning star arises in your hearts.

What is prophecy? It is “a lamp shining in a dark place.” This world is a very morally dark place. The light of prophecy reminds us that God is in control of a world that seems to be out of control. Prophecy is also one of the great distinctives of the Bible itself.

Prophecy is related to daily life. It is not just pie in the sky that has no effect on our lives. 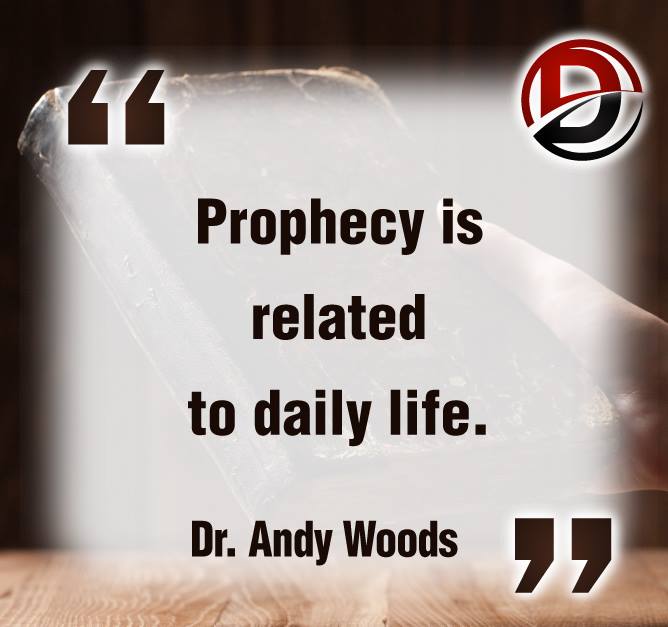 My mentor and hero, Dr. J. Dwight Pentecost—who went to be with the Lord three years ago at the age of 99, and under whom I had the privilege of studying at Dallas Theological Seminary—made a statement in class that I also find in his book, Prophecy for Today:

A short time ago, I took occasion to go through the New Testament to mark each reference to the coming of the Lord Jesus Christ and to observe the use made of that teaching about His coming. I was struck anew with the fact that almost without exception, when the coming of Christ is mentioned in the New Testament, it is followed by an exhortation to godliness and holy living.[2]

Thus, according to Pentecost, the New Testament continually links the second coming to daily life. When I was sitting in the classroom and heard him say that, to be totally honest with you I did not believe it. So I started to do my own investigation. Lo and behold, he is right! I challenge you to undertake the same type of study.

Beloved, now we are children of God, and it has not appeared as yet what we will be. We know that when He appears, we will be like Him, because we will see Him just as He is. And everyone who has this hope fixed on Him purifies himself, just as He is pure.

You too be patient; strengthen your hearts, for the coming of the Lord is near.

Once again, the moral exhortation for daily life is linked to the second coming.

1 Corinthians 15:50-57 is a long treatment on the rapture of the church. Most people chop the end off at verse 57 and forget verse 58—which is my favorite of all:

Therefore, my beloved brethren, be steadfast, immovable, always abounding in the work of the Lord, knowing that your toil is not in vain in the Lord.

This verse teaches us that belief in the rapture makes a person:

What is also interesting about 1 Corinthians 15 is that it provides 57 verses of content, followed by one verse of application. That is the opposite of our preaching models today. We tell people that they need to spend most of their time making the Scriptures relevant. But the Apostle Paul did not give application until he gave content.

I am not going to say that relevance and application are unimportant, but if you want to do things God’s way, you see a different model here. An application is only as good as the content it is based on.

I would encourage you shepherds out there to get into your pulpits and not be shy about developing meaning. Do not be so eager to rush to application that you leave out meaning in the process. We need both. 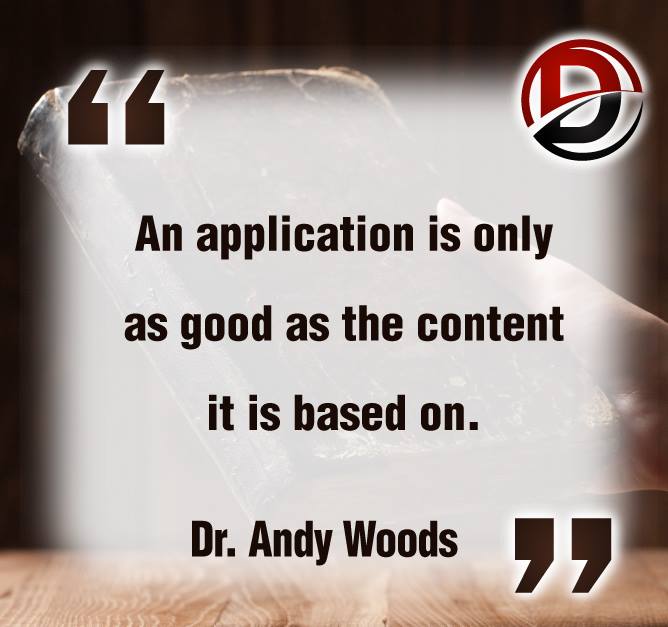 I, Jesus, have sent My angel to testify to you these things for the churches. I am the root and the descendant of David, the bright morning star.

According to this verse, Jesus gave the book of Revelation to be taught in the churches.

God gave prophecy for all of His people—including the youth. 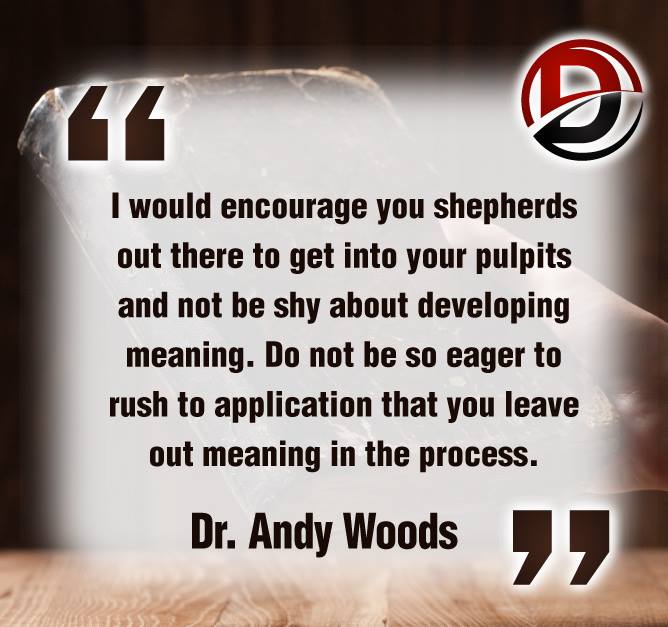