Three Diasporas of the Jewish People

Three Diasporas of the Jewish People

The more than six million Jewish people currently living in Israel speak to an unusual if not supernatural returning of the people to their God-ordained land. Israel’s 68th Independence Day celebration marks the continued and ever-increasing commitment of the Jewish people to return to Israel.

I greatly enjoyed walking and traveling through the streets of Israel and seeing the large numbers of Chasidic, Orthodox, Conservative and Reform Jews. The Jewish people’s current massive return to Israel reminds the student of the Bible of three times in history when the Jewish people were forced from Israel. We will summarize the three diasporas of the Jewish people, including the diasporas to Egypt and Babylon, and the scattering across the world. 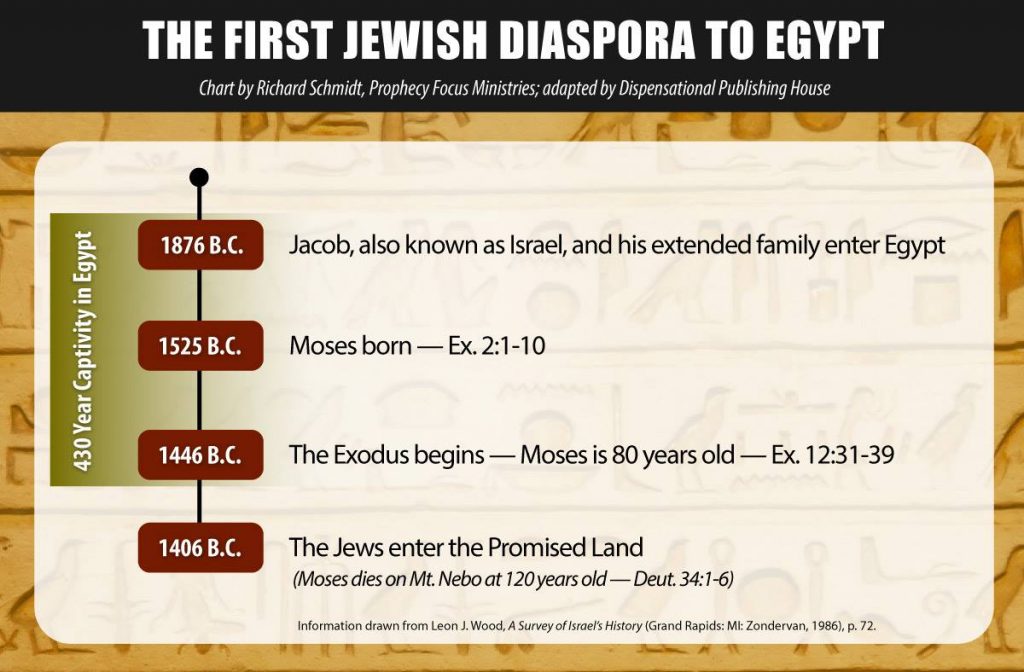 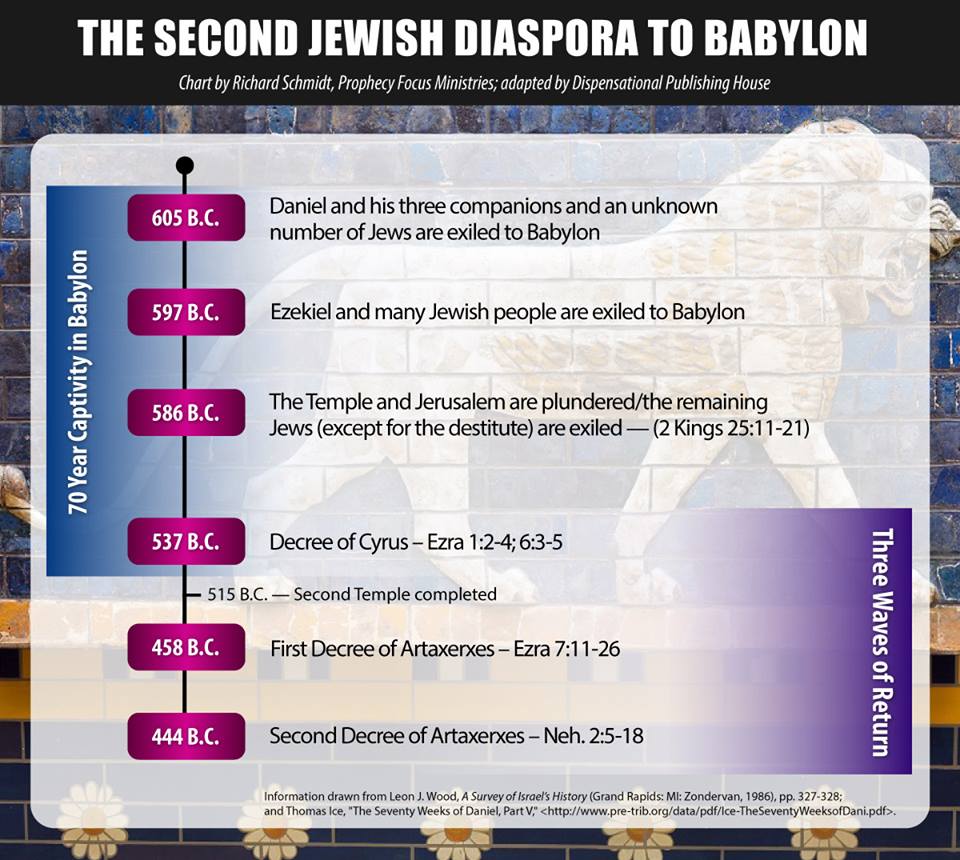 Josephus, a first century historian, recorded his account of the events that took place in Jerusalem in A.D. 70.[1] In A.D. 70, Emperor Vespasian sent his son General Titus into Jerusalem to stop the Jewish rebellion and put the Jewish people in their place.[2] Jerusalem experienced the devastating invasion by General Titus and his 80,000 troops. This occurred during Passover when Jewish people from all over the known world filled the streets of Jerusalem. The slaughter of thousands of Jewish people took place, including up to 500 crucifixions a day. In July of A.D. 70, the Romans overran the temple area, which resulted in the destruction of the temple. Hundreds of Jews surrounded the altar attempting to stop the Romans. However, their resistance resulted in their martyrdom.[3] The destruction of the temple and all of the surrounding buildings occurred as Jesus prophesied (Matt. 24:2). 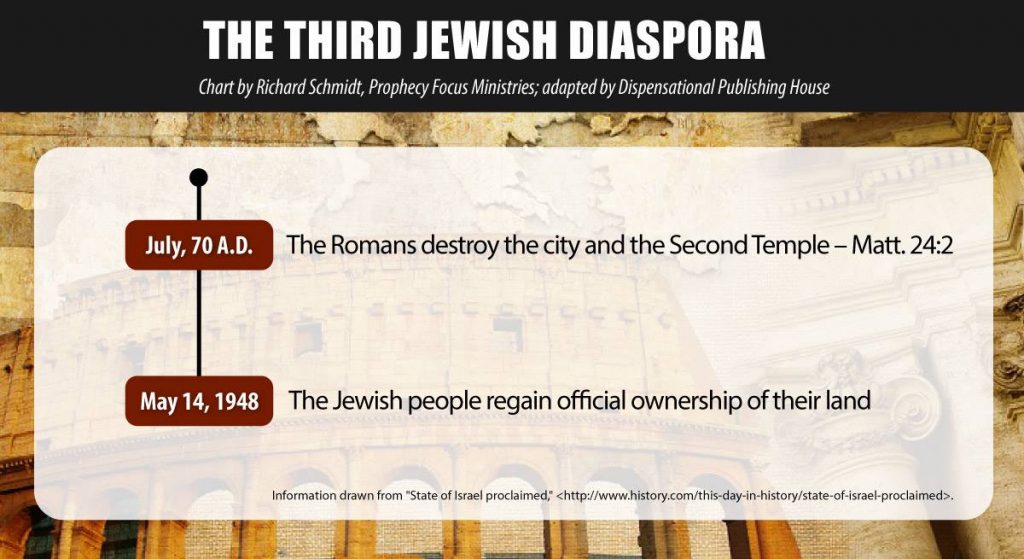 The Third Return
On May 14, 1948, on a Sabbath eve, David Ben-Gurion declared the State of Israel an independent Jewish country. The Jewish people, after 1,878 years, once again had official ownership of the land of Israel, though with much smaller borders than they will possess during the millennial kingdom. The Scripture is clear that God intends to restore the Jewish people to His chosen land of Israel. Multiple passages, including Ezekiel 37:21-22 testify to that fact.

“Then say to them, ‘Thus says the Lord God: “Surely I will take the children of Israel from among the nations, wherever they have gone, and will gather them from every side and bring them into their own land; and I will make them one nation in the land, on the mountains of Israel; and one king shall be king over them all; they shall no longer be two nations, nor shall they ever be divided into two kingdoms again.”

This large menorah, which stands by the Israeli Knesset, was a gift from the United Kingdom.

There are approximately 16 million Jews in the world today, with more than six million Jews living in Israel.[4] The temptation for the prophecy student is to state that God fulfilled the Biblical prophecies of regathering His people when Israel gained statehood. A much better, distinctly dispensational conclusion, is to state that God set the stage for the fulfilling of Bible prophecy when the Jewish people gained a piece of their promised land in 1948. God never partially fulfills prophecy. Therefore, after the rapture of the church (1 Thess. 4:13-18) and the seven-year tribulation (Rev. 4:2-19:10), God will completely gather all of the Jewish people to the Biblical land borders of Israel.

Here is a view of the Israeli Knesset in Jerusalem.

I sincerely encourage you to join with Dispensational Publishing House and travel to Israel with their passionate teachers of the Bible to the beautiful and ever-changing land of the Bible. What an opportunity to see, in a real-time visual format, the revealing of the past, the present and the stage-setting for the fulfillment of Bible prophecy.