Jesus Christ made a prophetic statement during His delivery of the Olivet Discourse that mandates the existence of a future eschatological temple on the Temple Mount in Jerusalem (Matt. 24:15). The distinctly dispensational prophecy refers to a yet future event that Jesus and the prophet Daniel called the “abomination of desolation” (Dan. 12:11; Matt. 24:15; Mark 13:14).

The gospels are normally associated with the historical accounts of the birth, ministry and passion week of the Lord Jesus Christ. However, Jesus delivered one of the most detailed prophetic messages in Scripture during the week of His crucifixion. Matthew, Mark and Luke recorded the sermon given by Jesus, which theologians rightly named the Olivet Discourse (Matt. 24-25; Mark 13:1-37; Luke 21:5-35).

Jesus and His disciples were in Jerusalem observing the Passover during the week of the crucifixion of the Lord Jesus Christ. They exited the grounds of the beautiful second temple and the disciples pointed out to Jesus in their excitement the buildings associated with the temple (Matt. 24:1). Jesus looked at the temple, potentially the most ornate building of its day, and prophesied, “Not one stone shall be left here upon another, that shall not be thrown down” (Matt. 24:2). Jesus did not reveal to the disciples when that very disturbing and shocking event would occur.

The gospel of Matthew reveals that Jesus and the disciples crossed the Kidron Valley and ascended Mount Olivet, which is within a reasonable walking distance from the Temple Mount. The disciples asked Jesus three questions regarding the future.

Now as He sat on the Mount of Olives, the disciples came to Him privately, saying, “Tell us, when will these things be? And what will be the sign of Your coming, and of the end of the age?” (Matt. 24:3) 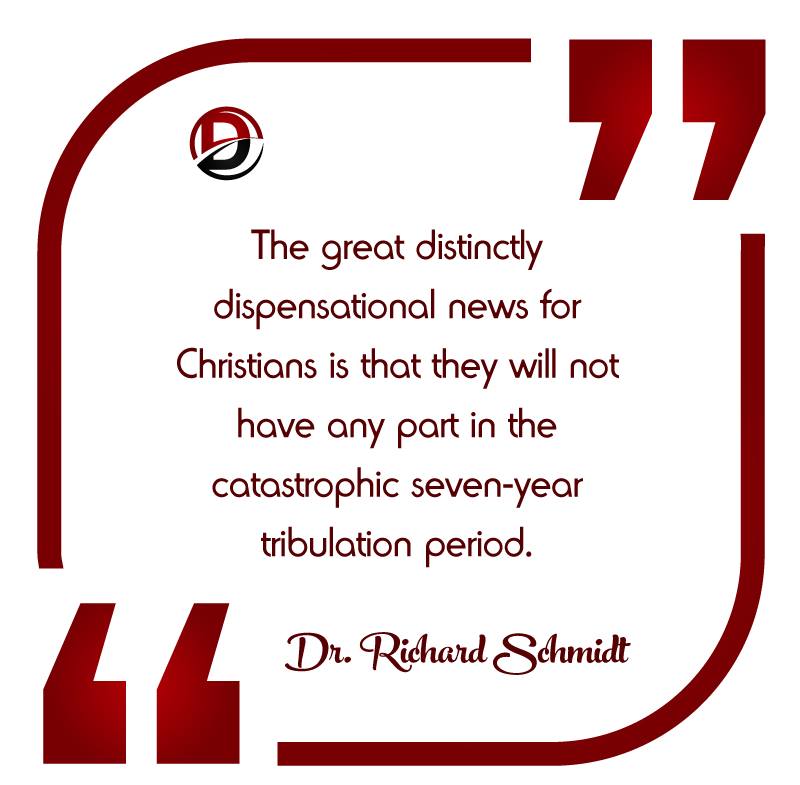 Jesus immediately revealed multiple eschatological signs to the disciples that will provide advanced warning of His return to earth. The signs included the eschatological arrival of false teachers, false Christs, wars and rumors of wars, nations rising up against nations, kingdoms against kingdoms, famines, pestilences, earthquakes and martyrdom of believers in Jesus (Matt 24:4-14). Jesus then revealed an additional sign that will indicate that His return to earth is drawing close. Jesus referred back to the writings of the prophet Daniel and confirmed that Daniel’s prophecy, written in approximately 500 B.C., regarding “the abomination of desolation” would come to fulfillment. Jesus made it clear that “the abomination of desolation” was a sign that must take place before His return.

“Therefore when you see the ‘abomination of desolation,’ spoken of by Daniel the prophet, standing in the holy place” (whoever reads, let him understand). (Matt. 24:15)

Therefore, it is imperative to determine the actual meaning of “the abomination of desolation” and its relationship, if any, to the future tribulation temple.

Jesus delivered the Olivet Discourse during the week of His crucifixion and, therefore, He was prophesying about a future occurrence of “the abomination of desolation.” Arnold Fruchtenbaum stated that the false religious system that forms during the first three-and-a-half years of the tribulation will be destroyed (Rev. 17:16-17), and the Antichrist soon after that event will go into the temple in Jerusalem and commit “the abomination of desolation,” which will signal the start of the last half of the tribulation period.[2] John Walvoord described the “abomination that causes desolation” as that which “destroys the sacred character of the sacrificial altar and the temple that will be in existence at that time,”[3] which is the tribulation or third temple. The prophecy by Jesus in the Olivet Discourse necessitates the existence of the eschatological tribulation temple.

The Jewish people will build the prophesied eschatological tribulation temple on the Temple Mount in Jerusalem (Dan. 9:27). The Antichrist will subsequently desecrate the temple after the first three-and-a-half years of the tribulation period (Matt. 24:15), marking the start of the catastrophic great tribulation (Matt. 24:21; Rev. 7:14). This distinctly dispensational truth results in God pouring out His catastrophic judgments upon the earth, resulting in a massive number of deaths and the martyrdom of a multitude of the followers of Christ.

The great distinctly dispensational news for Christians is that they will not have any part in the catastrophic seven-year tribulation period. God clearly stated through the Apostle Paul that Jesus will rapture, or remove from the earth, all true believers in Jesus Christ prior to the start of the eschatological tribulation period (1 Thess. 4:13-18; 1 Cor. 15:50-54).

Have you personally accepted God’s gift of salvation? Have you recognized that you are a sinner (Rom. 3:10), deserving of eternal condemnation in the lake of fire and separation from God (Rom. 6:23; Rev. 21:8)? Do you believe that Jesus Christ is God’s Son, who paid the full price for your sin (John 3:16; Rom. 5:8)? Then accept God’s full payment today through faith in the finished work of Jesus Christ accomplished in His death, burial and victorious resurrection (Eph. 2:8-9; 1 Cor. 15:3-4).