The failure of Christians to interpret Scripture literally often results in the unequivocal denial of the pretribulation rapture, the literal seven-year tribulation, the premillennial return of the Lord Jesus Christ to Earth, and His construction of the millennial temple and the establishment of His theocratic reign on Earth for 1,000 years. Yet these are all essential and distinctly dispensational Biblical, theological truths. In Part 14, we examined the second coming of Jesus Christ and the final battle at Armageddon, which occurs at the end of the third temple period.

And I saw thrones, and they sat on them, and judgment was committed to them. Then I saw the souls of those who had been beheaded for their witness to Jesus and for the word of God, who had not worshiped the beast or his image, and had not received his mark on their foreheads or on their hands. And they lived and reigned with Christ for a thousand years. But the rest of the dead did not live again until the thousand years were finished. This is the first resurrection. Blessed and holy is he who has part in the first resurrection. Over such the second death has no power, but they shall be priests of God and of Christ, and shall reign with Him a thousand years. 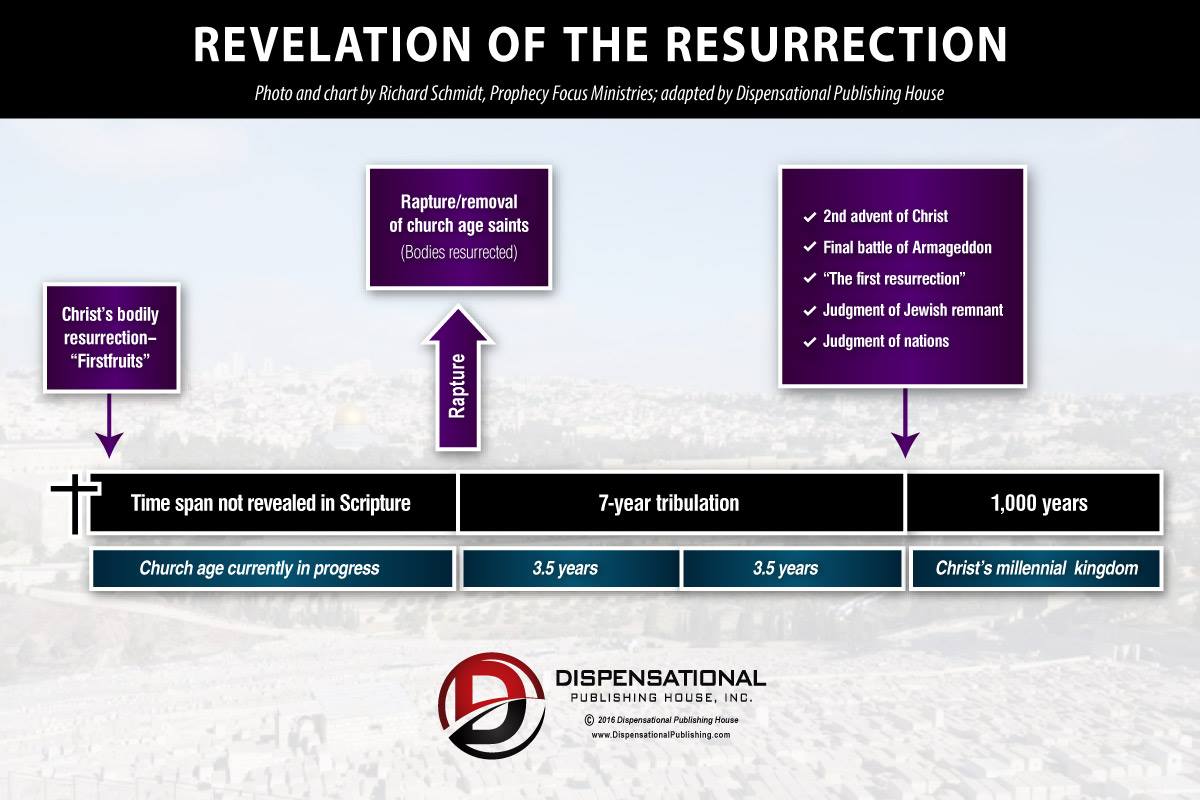 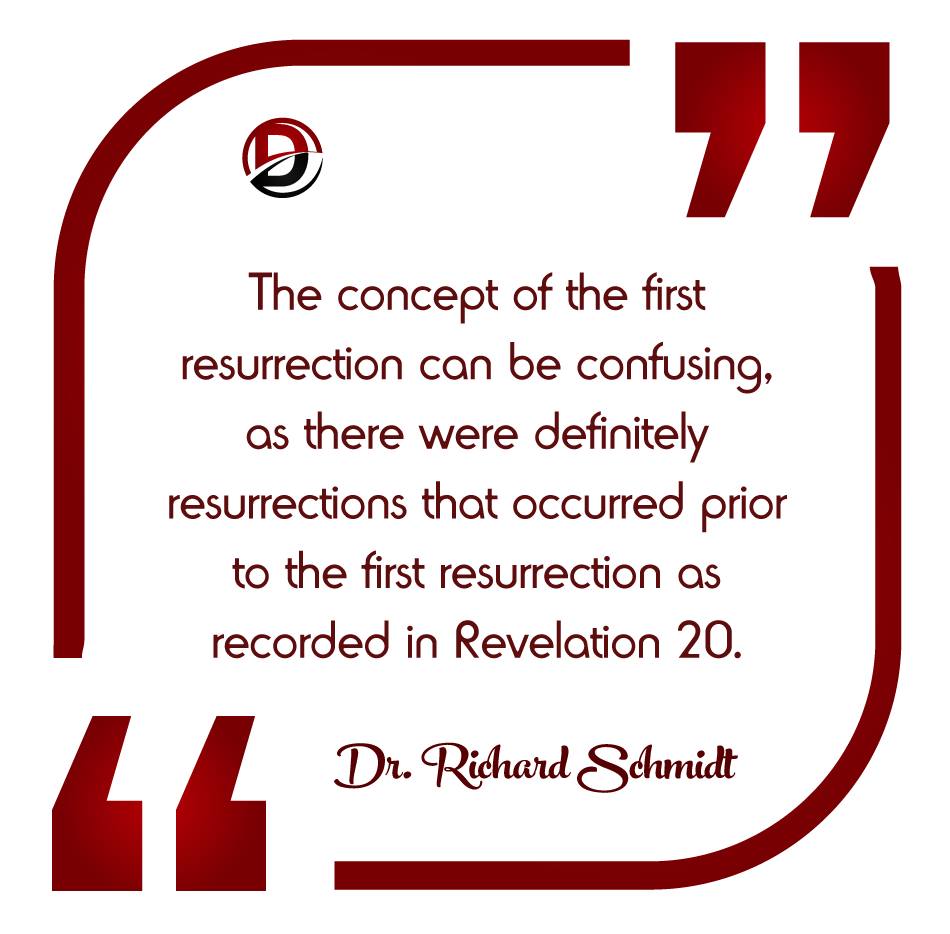 Scripture provides three more accounts of resurrections that took place apart from the actual resurrection of Jesus Christ. First, the Apostle Peter raised a young lady from the dead. Her name was Tabitha, also known as Dorcas (Acts 9:36-41). Second, God allowed the Apostle Paul to raise Eutychus from the dead. This is a delightful story—Paul was preaching a lengthy message and Eutychus, who was sitting on a window’s ledge, fell asleep and literally fell to his death. Can you imagine the heartache that Paul felt? God listened to the prayer of Paul and immediately raised Eutychus back to life (Acts 20:7-12). Third, and in the most unusual account, God made a visual statement to the people in Jerusalem on the day that Jesus Christ was crucified. Matthew records that at the moment Jesus died, multiple people were resurrected from the dead (Matt. 27:51-53). 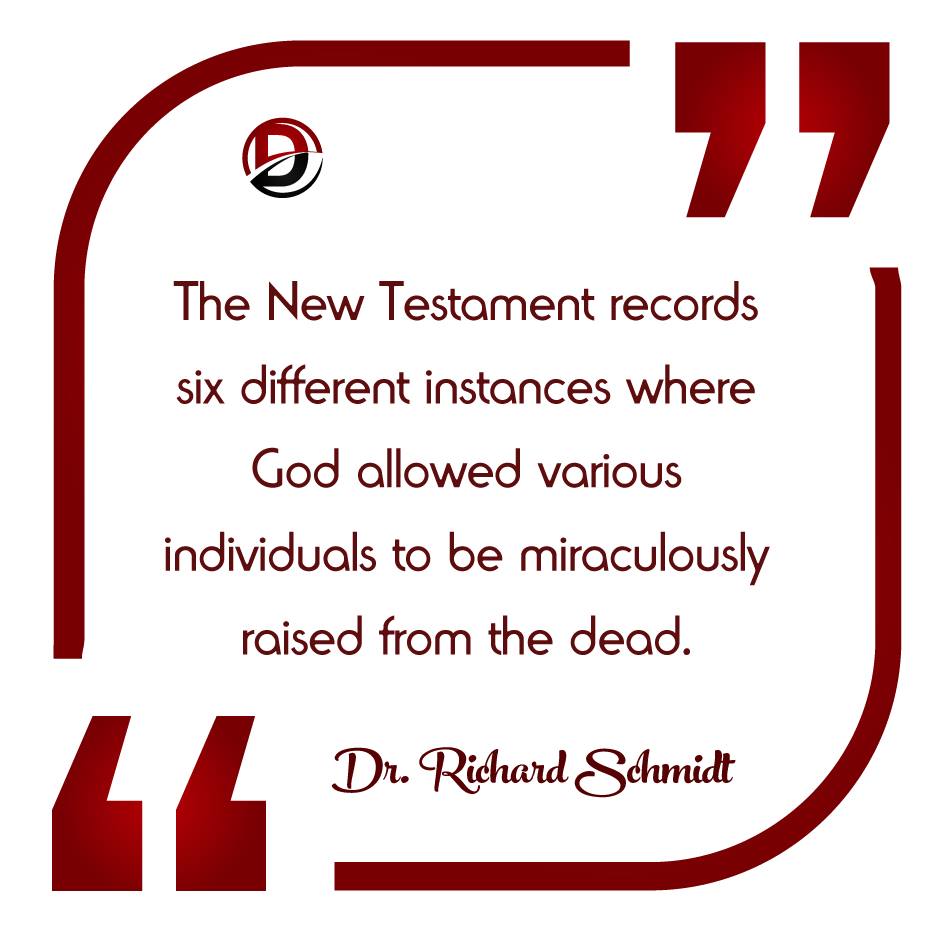 The Resurrection of Jesus Christ
The first Person God resurrected from the dead, never to face death again, was the Lord Jesus Christ. Though God allowed others to be raised from the dead before Christ, He was the first to rise from the grave with a body that was no longer subject to death.

Now if we died with Christ, we believe that we shall also live with Him, knowing that Christ, having been raised from the dead, dies no more. Death no longer has dominion over Him.

Jesus Himself stated of His resurrection:

The Apostle Paul states that, based on the resurrection of Jesus Christ, the church age saints will receive their resurrection bodies at the rapture, which occurs prior to the start of the third temple period (cf. 1 Thess. 4:13-18).

But now Christ is risen from the dead, and has become the firstfruits of those who have fallen asleep. For since by man came death, by Man also came the resurrection of the dead. For as in Adam all die, even so in Christ all shall be made alive. But each one in his own order: Christ the firstfruits, afterward those who are Christ’s at His coming.

The death, burial and ultimate resurrection of Jesus Christ guarantees the future first resurrection of all of God’s people from before and after the church age, which will occur in the transitional time before the fourth temple period. We will further examine these distinctly dispensational truths in the next article.