Editor’s Note: Today we resume this prophetic study by Dr. Richard Schmidt. We interrupted this series to bring you Dr. Schmidt’s work on Israel’s 68th Independence Day and Lessons from the Universal Flood. You can see all the previous articles in this series by clicking here.

The third temple period will experience the utter chaos that the ultimate narcissist—Satan—will inflict on humanity during the troublesome seven-year eschatological tribulation (Rev. 12:12; 13:4). Satan empowers the Antichrist and the false prophet (Rev. 13:4, 11; 16:13),who will wage war against God’s people, resulting in mass martyrdom (Rev. 13:7). God will bring the satanic reign of terror to an end through a series of prophetic events. The next several articles will examine the transitional events that will take place before the construction of the fourth and final temple on the Temple Mount on the top of Mount Moriah. 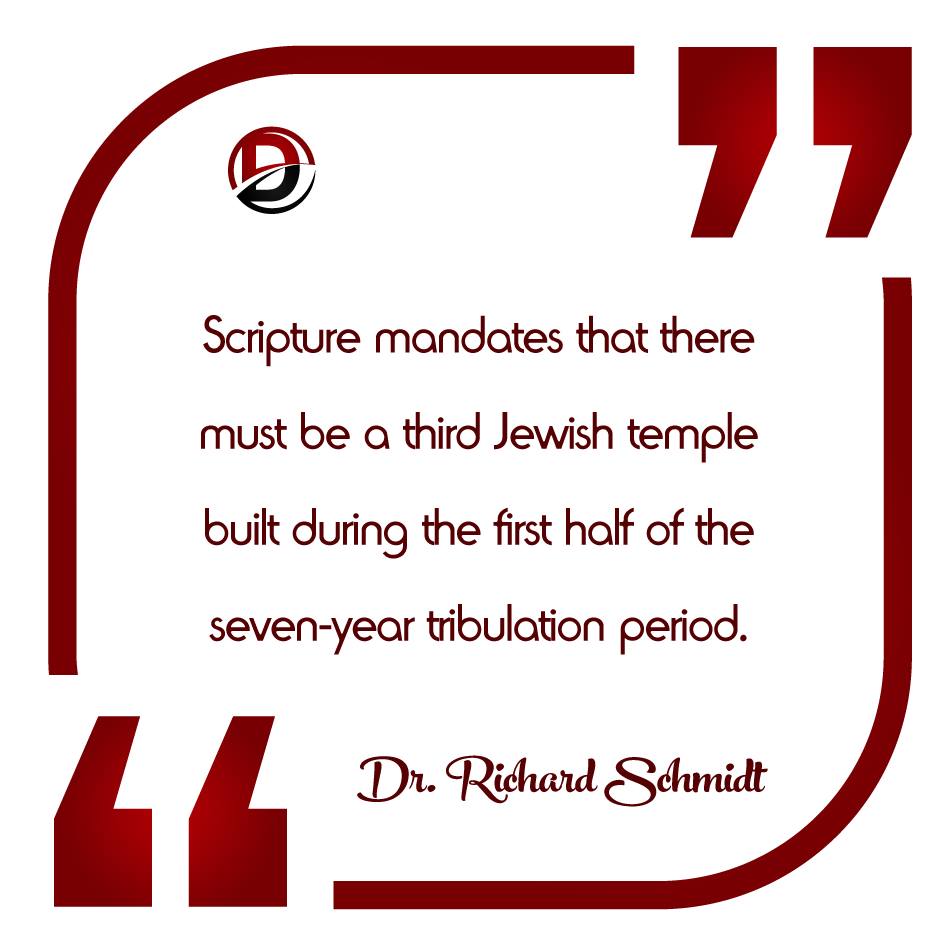 Remember, all of the Jewish temples have been and will be constructed on the top of Mount Moriah in Jerusalem. Since A.D. 70, there has not been a Jewish temple on the Temple Mount. This may be argued that it coincides with the current church age period, where the bodies of Christians are the current “temple of the Holy Spirit” (1 Cor. 6:19; 3:16). God will remove the church-age saints from the earth prior to the start of the tribulation (1 Thess. 4:13-18).

The Muslim Dome of the Rock and the Al Aqsa Mosque currently stand on the Temple Mount in Jerusalem. However, Scripture mandates that there must be a third Jewish temple built during the first half of the seven-year tribulation period (Dan. 9:27; Matt. 24:15; 2 Thess. 2:4; Rev. 11:1-2).  The Jewish people will control the third temple until the middle of the seven-year tribulation period, when Antichrist will desecrate the temple and set himself up “as God” (2 Thess. 2:4). The antichrist will control the temple for the final three-and-a-half years of the tribulation (Dan. 9:27; Rev. 13:5). 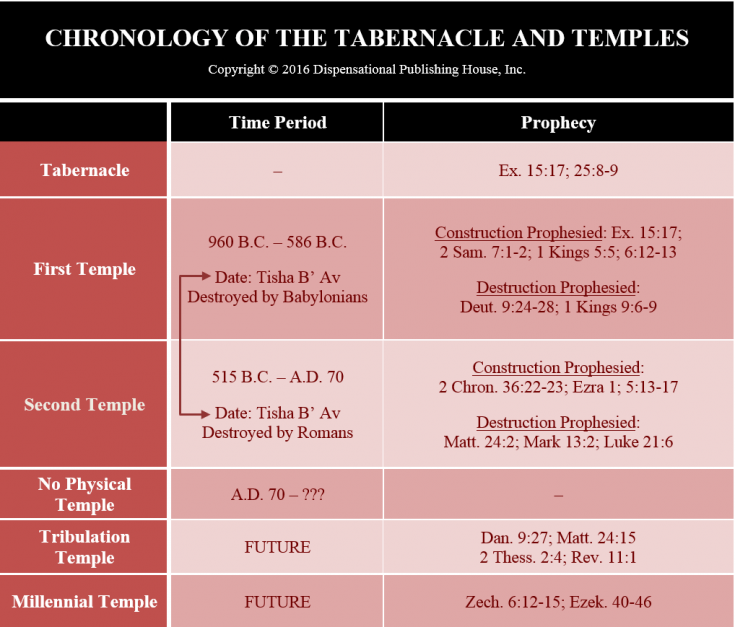 (For information on this chart, see footnote [1].)

Armageddon
In the final days of the seven-year tribulation period, a massive war, more properly called the campaign of Armageddon, will take place (Rev. 14:14-20; 16:12-16). The final battle of Armageddon occurs after seven years of catastrophic, cataclysmic carnage on Earth. Two judgments alone will claim the lives of 50 percent of the world’s population (cf. Rev. 6:8; 9:18). If the rapture of the church-age saints occurs today, based on the current world census of 7.3 billion people,2  more than 3.6 billion will die in less than seven years during the tribulation. Severe famine, extreme water shortage, destruction of sea life, the loss of the vast majority of livestock, painful sores and absolute misery for the worshipers of the Antichrist are just a few of the many judgments that God imposes upon His blasphemous enemies during the seven-year tribulation (cf. Rev. 6-18). The second advent of the Lord Jesus Christ marks the final battle of Armageddon, when the King of kings and Lord of lords fights the massive number of combatants from around the world and immediately destroys them (cf. Zech. 12:2; Rev. 19:11-21). 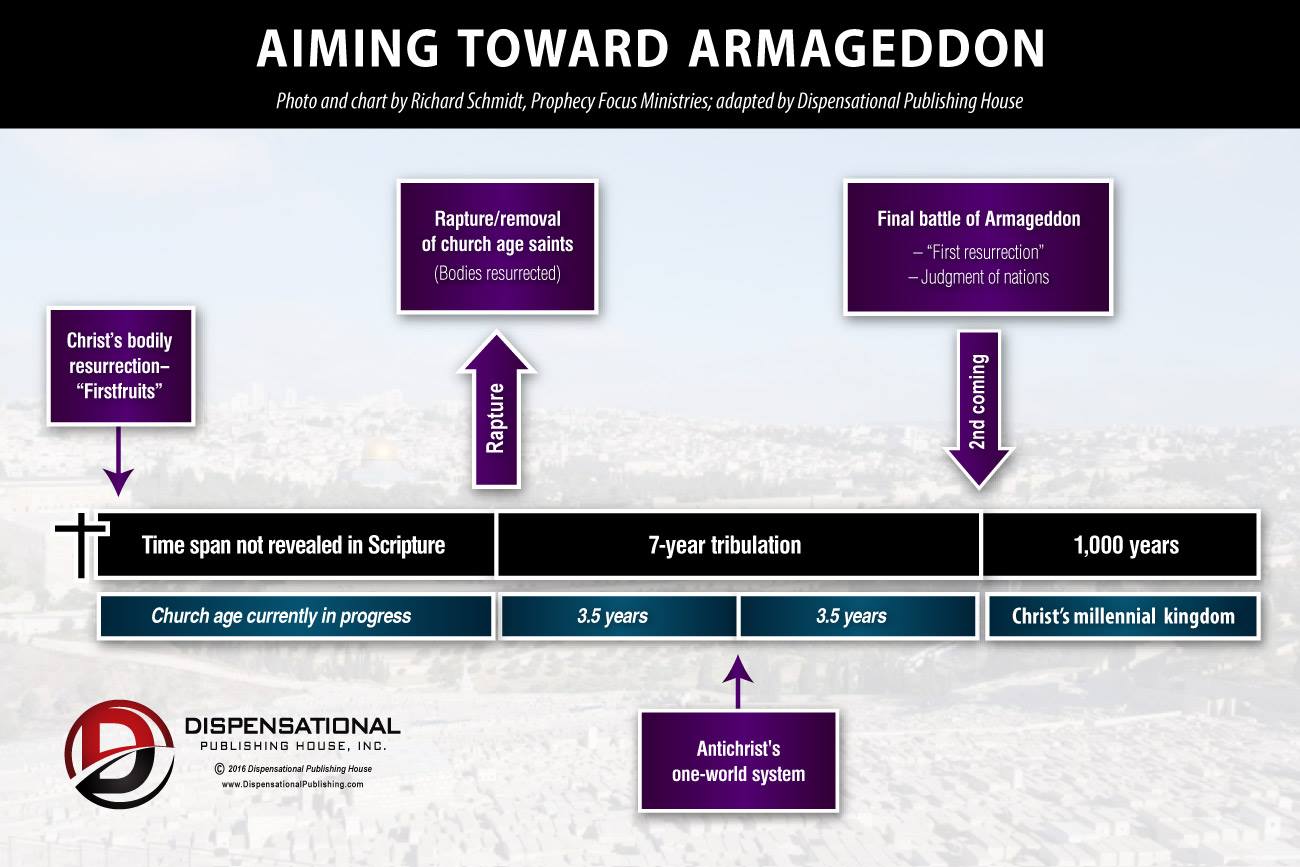 Dr. Jimmy DeYoung, a renowned prophecy teacher, and a wonderful friend and mentor, stated that the question people most ask about prophecy is, “Where is the United States of America in prophecy?” He tells the account that occurred some years ago, when a person in a question and answer time at a church asked that very question. A man in the back of the auditorium stood up and stated he knew where the United States was in Bible prophecy. Dr. DeYoung, who rarely allows people to answer questions that are posed to him, out of curiosity, allowed the person to respond. The gentleman answered, “The USA is in Jerusalem.” Dr. DeYoung stated, “Where did you get that?” The man replied, “Very simply.” The man then spelled out the word Jerusalem, emphasizing the three middle letters, “Jer-USA-lem.” Dr. DeYoung, like the rest of the congregation, laughed for a moment, and then Dr. DeYoung stated, “You know, he is right.” He explained that if the United States still exists after the seven-year catastrophic judgments of the tribulation, then the USA would gather with “all the nations,” at the campaign of Armageddon (Zech. 14:2), where Jesus Christ will destroy them (Zech. 14:3; Rev. 19:14). 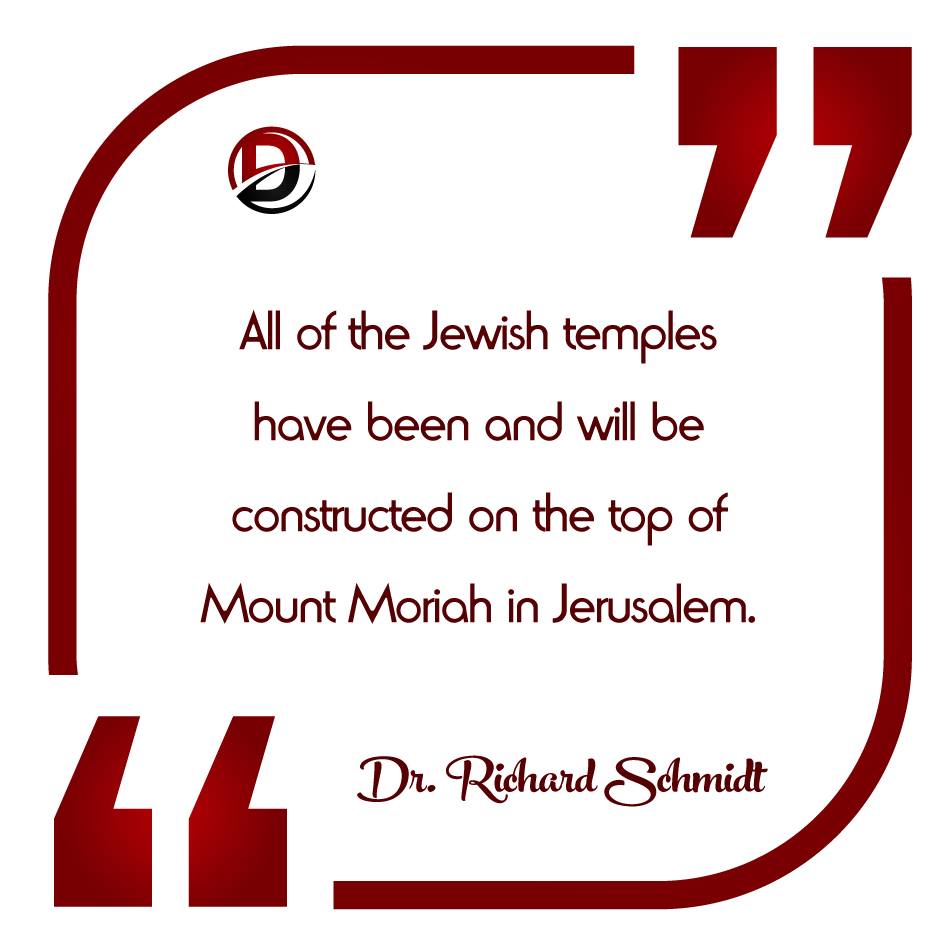 Behold, the day of the Lord is coming,
And your spoil will be divided in your midst.
For I will gather all the nations to battle against Jerusalem;
The city shall be taken,
The houses rifled,
And the women ravished.
Half of the city shall go into captivity,
But the remnant of the people shall not be cut off from the city.

Then the Lord will go forth
And fight against those nations,
As He fights in the day of battle.
And in that day His feet will stand on the Mount of Olives,
Which faces Jerusalem on the east.
And the Mount of Olives shall be split in two,
From east to west,
Making a very large valley;
Half of the mountain shall move toward the north
And half of it toward the south.

The Bible unveils God’s prophetic calendar in exacting detail. Christians should rejoice in the fact that one day, the Lord Jesus will descend from heaven and rapture all church-age believers to heaven (1 Thess. 4:13-18; 1 Cor. 15:51-54), thus avoiding the catastrophic, eschatological judgments of the seven-year tribulation (Dan. 9:27) and the final event of the tribulation period—”the great winepress of the wrath of God” at the battle of Armageddon (Rev. 14:14-20; cf. 16:16).