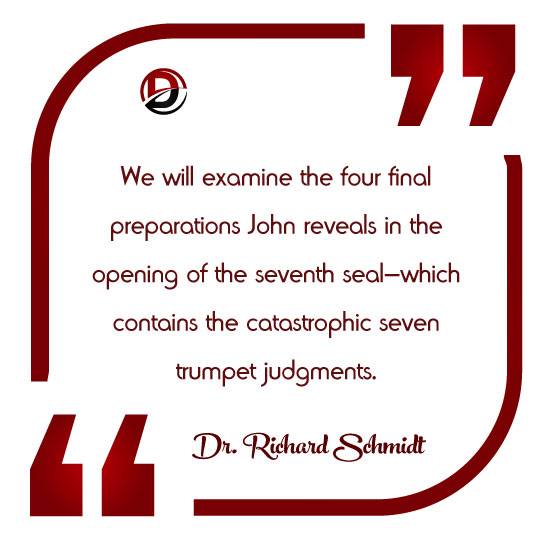 Thunder, lightning, torrential rain storms, hail, an eerie darkening of the sky and other cosmic disturbances cause many to experience great fear and angst. The Apostle John, in Revelation 8:1-6, presents the opening scene as the Lord Jesus Christ opens the seventh seal. The setting begins with complete silence, and crescendos into a major cosmic display of God’s power. We will examine the four final preparations John reveals in the opening of the seventh seal—which contains the catastrophic seven trumpet judgments.

Jesus Christ opens the seventh seal and a deafening silence occurs “in heaven for about half an hour” (Rev. 8:1). 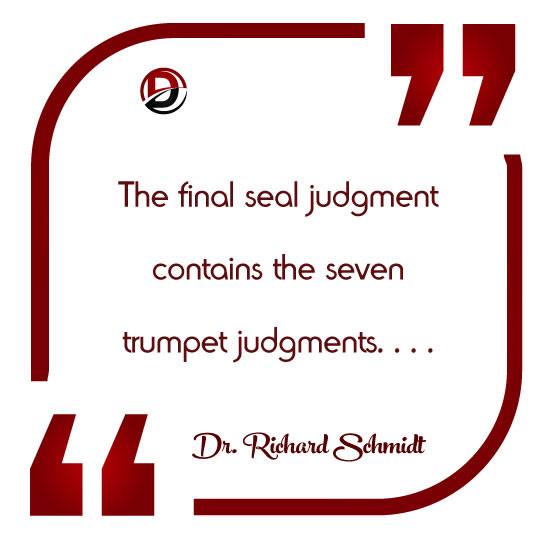 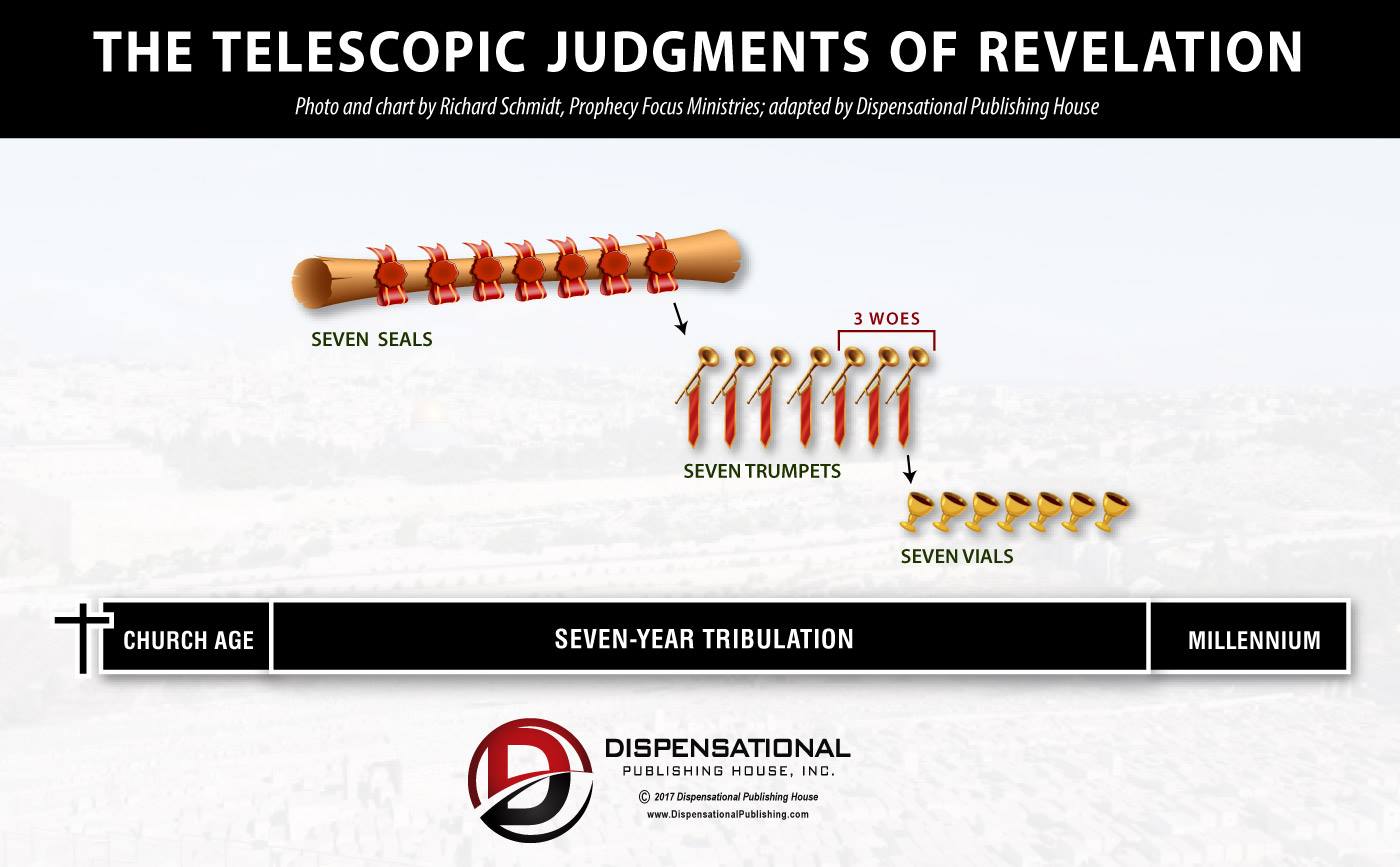 The Presentation of Seven Trumpets 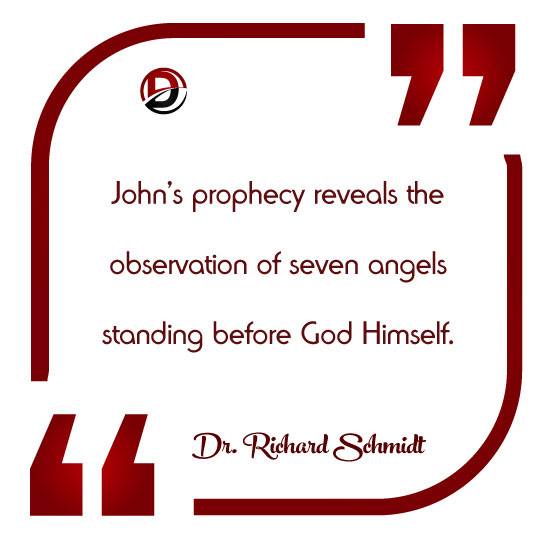 John’s prophecy reveals the observation of seven angels standing before God Himself. Each of the angels receives a trumpet (Rev. 8:2). Each of the seven trumpets contains a catastrophic future judgment that God will orchestrate on the Earth. The angels prepare to sound each of the trumpets, one at a time, until all of the associated judgments are executed (Rev. 8:6).

The Apostle John describes another angel that performs what could be described as a priestly function before the actual sounding of the seven trumpet judgments (Rev. 8:3-4).[3] The angel has a golden censer filled with incense, intermingled with the prayers of the saints. The priestly angel approaches the golden altar before the throne of God, and offers the incense and prayers to God. John does not reveal the identity of the saints. However the saints, in all likelihood, will be those who suffer during the horrific tribulation period, and potentially all of the historical saints.[4]

John vividly describes the final event before the sounding of the first trumpet:

Then the angel took the censer, filled it with fire from the altar, and threw it to the earth. And there were noises, thunderings, lightnings, and an earthquake. (Rev. 8:5)

The deafening silence now bursts into a major cosmic display of God’s power. The chosen angel of God throws the golden censer to the earth, resulting in literal thunder, lightning and an earthquake. David Levy rightly states that the display is “symbolic of His authority, power, and approval of the imminent judgment about to be poured out on the earth.”[5] This exact same description is used to show God’s magnificence in three prophetic passages (Rev. 8:5; 11:19; 16:18). 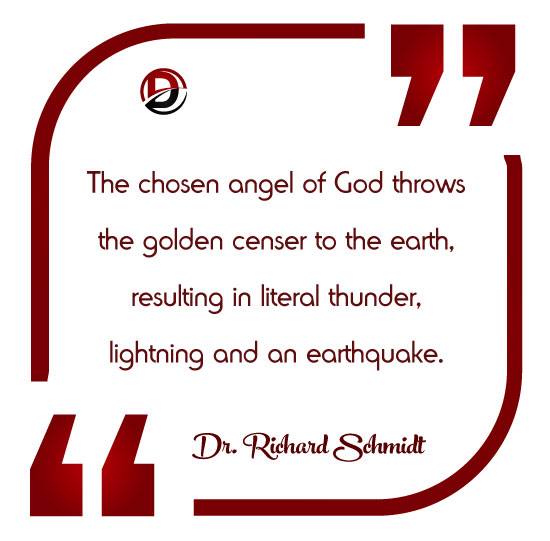 The Apostle John will now reveal the earth-altering judgments contained in the seven trumpet judgments. We will examine the catastrophic results in the upcoming blogs.