Last time we looked at the first of seven trumpet judgments, as illustrated by this chart: 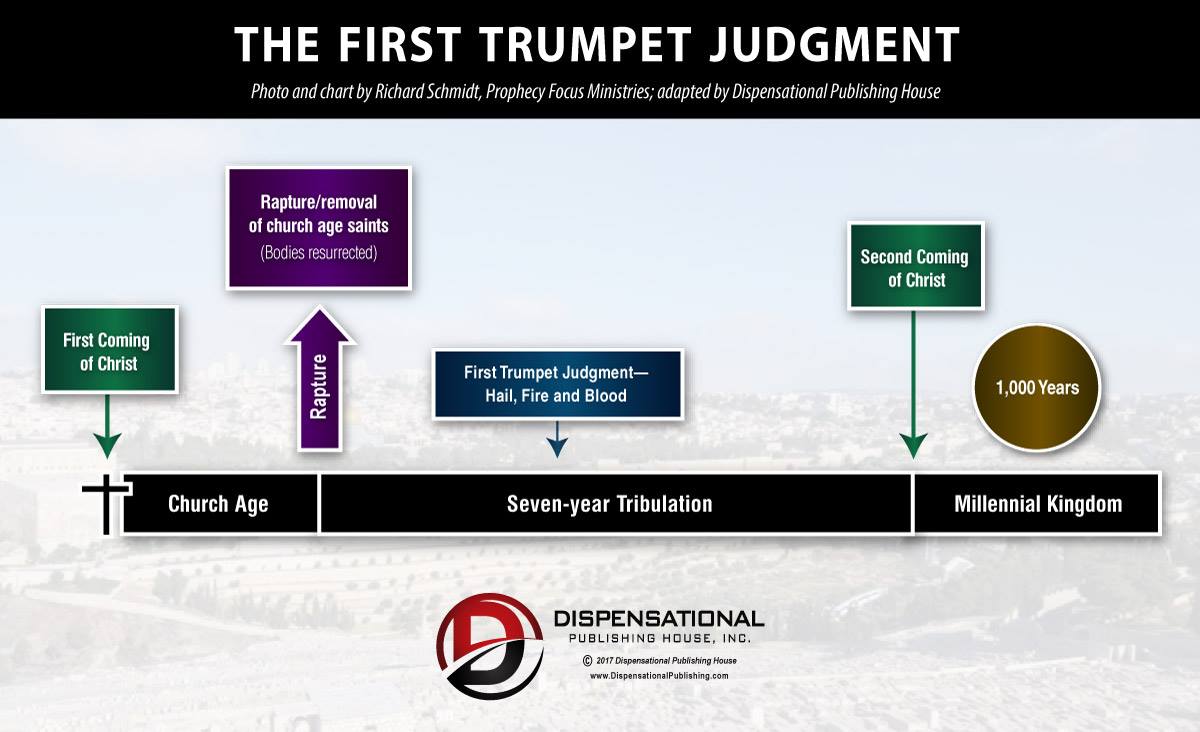 This week we turn out attention to the next judgment that follows this first one.

The human body contains approximately 78 percent water at birth, with adult males dropping to 65 percent water and adult females 55 percent water.[1] Fresh water and nutritional food are essential for humans to survive. The oceans, rivers and springs of the world provide a large percentage of the food supply and drinking water.

The sounding of the second and third trumpet judgments in the future seven-year tribulation period will result in a 33-percent decrease in the available seafood and fresh water supply. The trumpet’s impending results will greatly impact the ecological and economic conditions in the world, causing many deaths.[2]

One Third of Seas

The Apostle John describes an object that looks like a large burning mountain entering the sea. The object is not specifically identified, but David Levy states the object may well be a large meteor that hits the seas, with the effect of one-third of the seas turning to blood and the destruction of one-third of the ships.[3] 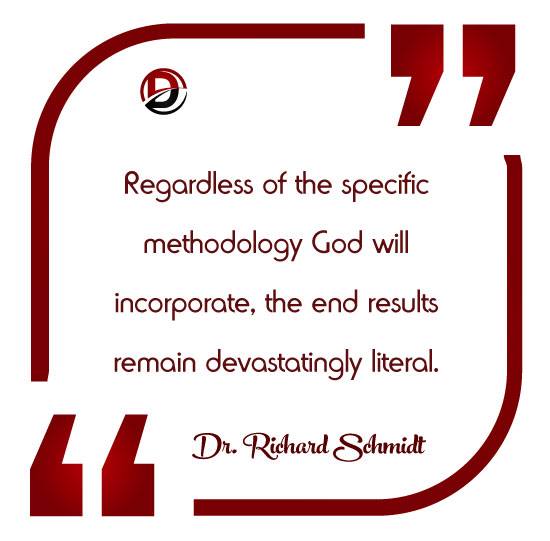 John Walvoord warns against attempting to explain away this catastrophic judgment. God states a third of the waters will literally turn to blood, resulting in the massive loss of one-third of the sea’s marine life. In addition, with the colossal object thrown into the sea, the likely result is an enormous tidal wave, which could account for the destruction of one-third of the ships.[4]

Regardless of the specific methodology God will incorporate, the end results remain devastatingly literal.

The following chart reminds us of the placement of this second trumpet judgment: 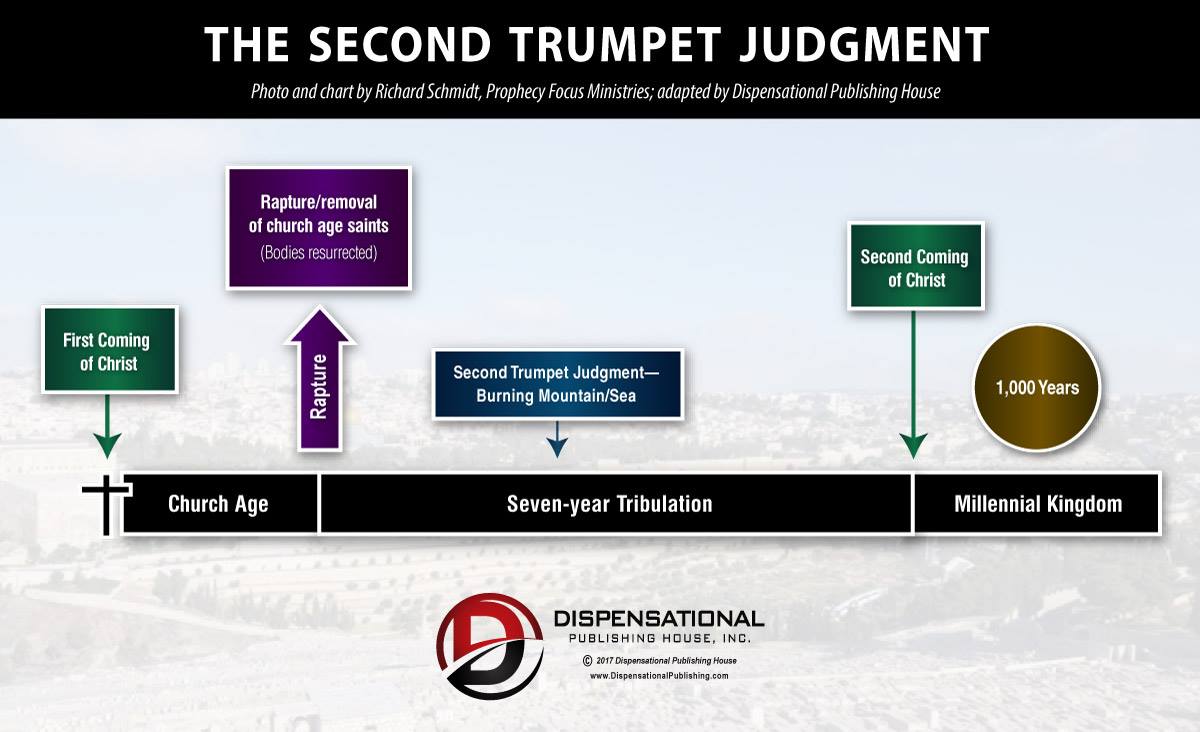 We will begin next time by looking at the third trumpet judgment.