The Planting of a Good Seed

The Planting of a Good Seed

As we celebrate Memorial Day and the other patriotic holidays that are coming up at this time of the year, essentially what we are celebrating is more than 240 years of political freedom.

We need to understand that this period of freedom that God has given us is abnormal—an anomaly. When you study the flow of world history, you discover that the majority of people who have lived and died have lived under totalitarianism, not in freedom or with the freedoms that we cherish most.

The United States of America, with all of its problems, continues to be a blessed nation. 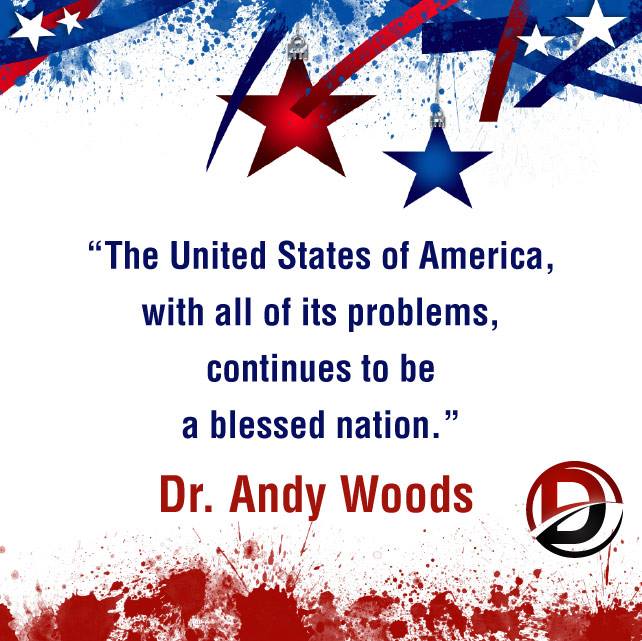 You can tell if a nation has been blessed by posing the gates test. Here is the test: If you raised the gates around any nation, and people could come and go at will, would more people leave the county or enter the country?

Very clearly, in the case of our own nation, the majority of the world’s inhabitants would rush into this country in droves. I think that if you raised the gates around Cuba or Iran, for instance, you would have a different result.

We have been radically blessed in this country. But what is it that has made this country into what it has become? Many people have sought to discover the answer to that question.

But I believe we have the secret to America’s greatness, and we are going to explore that in this new series of articles.

Now, we spend most of our time on this blog doing Bible exposition—verse-by-verse teaching through the Word of God and a systematic presentation of the doctrines of our faith. So this is a little bit different. We are not going through the Bible, but we are talking about the impact that the Bible has had on a culture and a civilization. 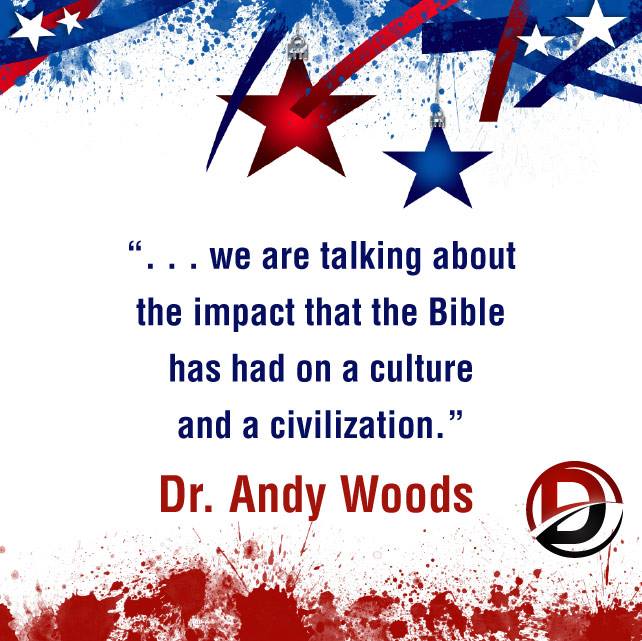 Let us consider together some of the major aspects of the impact that it has had.

The Blessing of God

I believe that this principle holds true with regard to nations, as well. When a nation decides to honor God’s principles, something happens in that nation.

Blessed is the nation whose God is the Lord.

Righteousness exalts a nation,
But sin is a disgrace to any people.

Our Lord Jesus Christ also said something that relates to this subject:

You will know them by their fruits. Grapes are not gathered from thorn bushes nor figs from thistles, are they? So every good tree bears good fruit, but the bad tree bears bad fruit. A good tree cannot produce bad fruit, nor can a bad tree produce good fruit. (Matt. 7:16-18)

Here in the Sermon on the Mount, Jesus laid down a principle that the root determines the fruit. If the fruit is bad then, in essence, there was a bad root. Conversely, if the fruit is good, then the root is good. In our nation, we have been the recipients of blessings because a good seed went into the ground at the origin of our country in 1776. 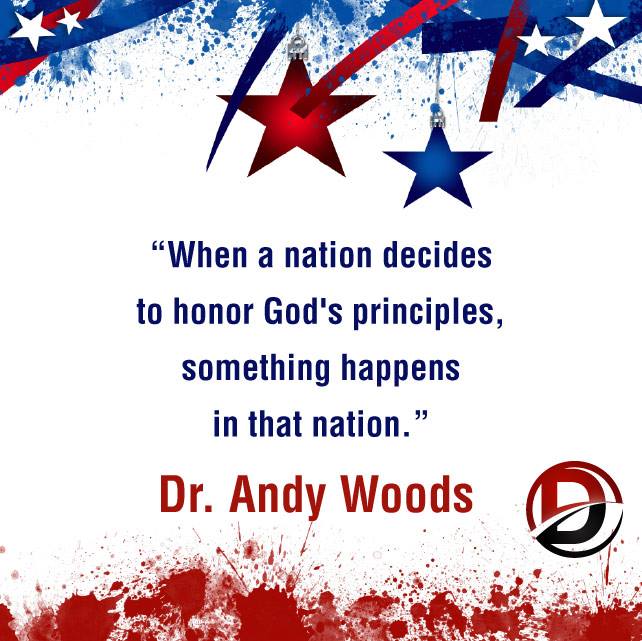 The birth-day of the nation is indissolubly linked with the birth-day of the Saviour [and] forms a leading event in the progress of the gospel dispensation . . . the Declaration of Independence first organized the social compact on the foundation of the Redeemer’s mission upon the earth [and] laid the corner stone of human government upon the first precepts of Christianity.[1]

Why is it that we have been blessed the way we have? I believe that it is simply this: A good seed went into the ground more than 240 years ago, and we are the beneficiaries of it. My goal will be to show that to you historically.

Who Were the Founding Fathers?

Notice that I am not arguing for any of the following points:

The Founding Fathers of America were imperfect, flawed people. Only God knows the hearts of those men. And yet, there is something different about that group. They gave place to the Word of God.

And I know this much: As I have looked at their writings and studied what they said, they were what I like to call consciously Biblical. They had a tremendous respect for the Word of God, and they brought that Word with them into public life.

The country that we enjoy today—as problematic as it can be sometimes—is the fruit that has come from that good root.

In the coming installments in this series, we will consider evidence of this thesis that revolves around six elements of early America. These are her:

I realize that what I am saying is largely denied by many people. Ever since I came of age as a Christian, the message that I have heard over and over again—especially from academics—denies or marginalizes America’s Christian heritage.

What are they saying, and how do we respond to them in terms of the six elements of early America listed above? Those will be the questions that we begin with next time.

May you have a happy and blessed Memorial Day! 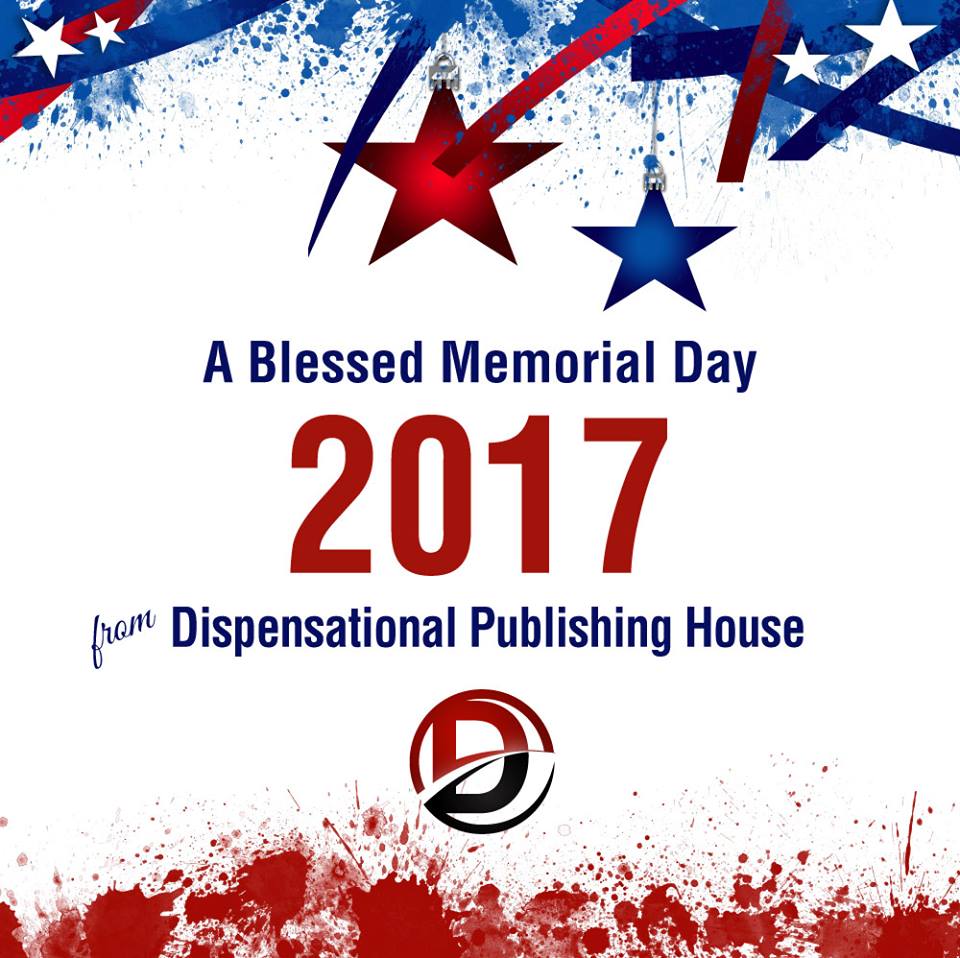 Editor’s Note: This blog was compiled with the assistance of Paul J. Scharf,
editor in chief of Dispensational Publishing House,
and is taken from the audio that you can listen to in its entirety below.

While there is no video of this sermon, you can view the accompanying multimedia slides here while you listen to the audio below:

[1] John Quincy Adams, An Oration Delivered before the Inhabitants of the Town of Newburyport at Their Request on the Sixty-First Anniversary of the Declaration of Independence (Newburyport, MA: Whipple, 1837), pp. 5-6.