In Genesis 6:3, God is giving mankind one final warning. There is a long period of warning—120 years—but, nevertheless, it is final.

What is it that has brought on this situation? It is, of course, described in Genesis 6:1-2:

And it came to pass, when men began to multiply on the face of the earth, and daughters were born unto them, That the sons of God saw the daughters of men that they were fair; and they took them wives of all which they chose.

However, I have known times when good boys married bad girls. This may have caused problems—but it never led to the production of giants as offspring. Here the offspring of the sons of God and the daughters of men turn out to be giants.

Angels Unawares
The expression “sons of God” in Genesis 6:2, therefore, must not just refer to good boys. When we compare this passage to Job 1 and 2, we see that this is very clearly talking about angelic beings.

Jude 6 speaks about these angelic beings as the “angels who did not keep their own domain, but abandoned their proper abode” (NASB).

This had apparently been going on for a long time (cf. Gen. 6:1), since man was flesh from Adam’s day onward (cf. Gen. 6:3). What we have, then, is angels and men coming into relationships with one another.

We are commonly told that angels are unable to reproduce, but I do not agree with that. Matthew 22:30 says that they will not marry after the resurrection. That is the basis upon which people reject the idea that angels have sexual capabilities. However, this verse also teaches that humans will be in that same state following the resurrection. There is always a danger of making Scripture say more than it really says.

According to Hebrews 13:2, we may see an angel and not be truly aware of the type of being that we are interacting with. If that is so, then angels must look like we do.

When two angels showed up at Lot’s house in Sodom, the people of the city assumed that they had sexual capabilities (Gen. 19:1-11).

Jude 6 tells us that certain angels “abandoned their proper abode

The meaning is literally that these angels did not stay in their house. While Jude does not state specifically that these are the angels found in Genesis 6, I think that applying this verse to that context is the only way to explain the contrast between Genesis 6: 2 and Genesis 6:3.

Thus, I see no reason to conclude that angels do not have sexual capabilities.

Giants in the Earth
What do giants being born have to do with these unions? Are these just random events? The answers is no—in fact, they all go together.

Here is the reason that God destroyed the earth in those days. It had to do with the fact that God had made a promise. 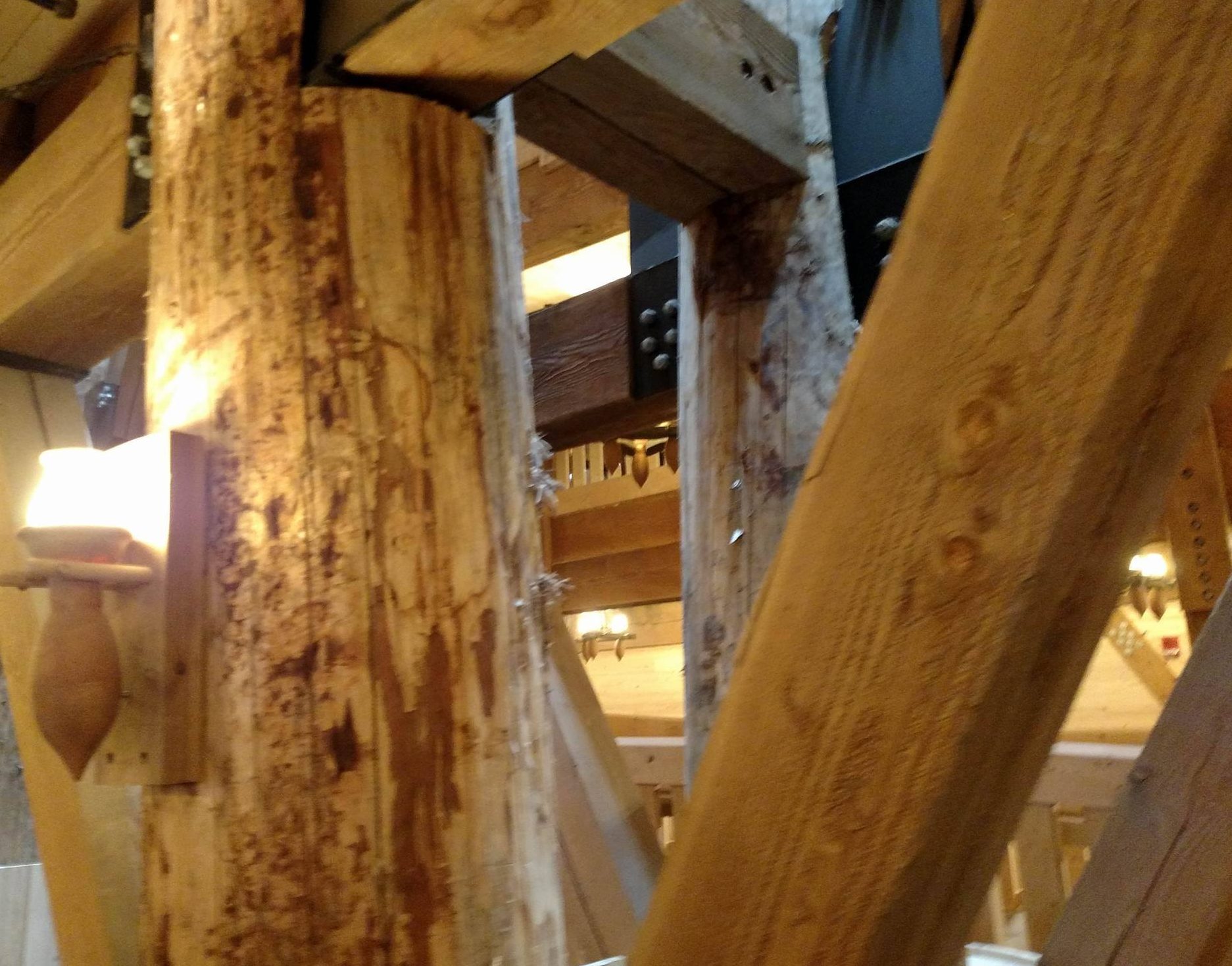 Remember that the promise of Genesis 3:15 is the key to understanding all of the Old Testament: A woman would give birth to a Son who would be the Redeemer.

Satan knew that the Son would be born of a woman—and that it would bruise his head—and may have attempted to taint human DNA so that any offspring of a woman would be, to some extent or other, the seed of Satan.

I believe that this process of demons attempting to pollute humanity was going on for quite some time, but God now decided that He would put a stop to it.

The King James Version is one of the few versions that translates the word Nephilim. That is because it is a very difficult word to translate. It means a little more than “giants.”

We see these type of people again when the children of Israel are preparing to enter the Promised Land (cf. Num. 13:33):

There also we saw the Nephilim (the sons of Anak are part of the Nephilim); and we became like grasshoppers in our own sight, and so we were in their sight” (NASB).

Other Nephilim included Anak and the Anakim, and Goliath appears to have been one of the Nephilim. Also, there is Agag, who Saul refused to kill—which cost him the kingdom, per the prophecy of Samuel (cf. 1 Sam. 15:1-23).

This account hinges on the fact that Agag was a descendant of Anak, and this explains why God was so brutal in His commands regarding the 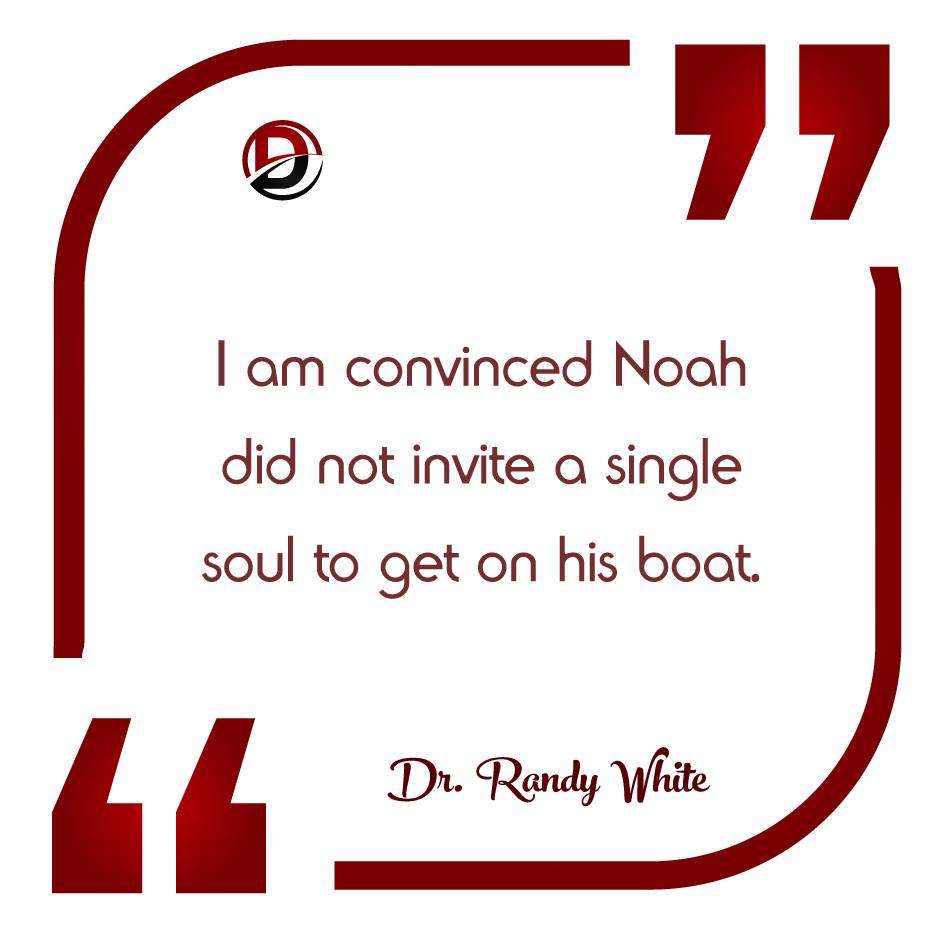 This entire issue was very problematic in terms of God fulfilling the promise that He had made in Genesis 3:15. If Satan could pollute the human race to the extent that the seed of the woman could not qualify to be the Redeemer, then Satan’s plan would be accomplished.

As far as the Bible record goes, the last place we see this issue evident is with Haman in the book of Esther. He is called “Haman the Agagite” (Est. 8:3). Once the Messiah was born this strategy would be meaningless. I see no value in the search for the modern-day Nephilim, and think that such a search is filled with speculation.

And God saw that the wickedness of man was great in the earth, and that every imagination of the thoughts of his heart was only evil continually.

What a difference we have here since Genesis 1:31.

I Will Destroy Man
The key to the rest of the account is found in verses 6-9:

And it repented the LORD that he had made man on the earth, and it grieved him at his heart. And the LORD said, I will destroy man whom I have created from the face of the earth; both man, and beast, and the creeping thing, and the fowls of the air; for it repenteth me that I have made them. But Noah found grace in the eyes of the LORD. These are the generations of Noah: Noah was a just man and perfect in his generations, and Noah walked with God.

Like Enoch and Methuselah, Noah walked with God. He was “perfect in his generation.” This does not mean that he did not sin, but rather I take it to mean that Noah’s DNA was not tainted by demonic influence.

Another common myth that I disagree with is that Noah was preaching for 120 years, begging people to come into the ark, even though no one responded for those 120 years.

I am convinced Noah did not invite a single soul to get on his boat—because that would have destroyed the whole purpose. Rather, the ark was intended to save Noah, his wife, his sons and their wives, and the animals—and these would be used of God to replenish the earth.

We will pick up there next time.