The Lord’s Supper: Its Fulfillment

The Lord’s Supper: Its Fulfillment

Was the Lord’s Supper instituted during a Passover meal?

In Matthew 26:26, the text says that “Jesus took bread.” The Greek word for bread here is ἄρτον. This is simply the common word for leavened bread. In fact, it always means leavened bread.

There is another word for unleavened bread, and in fact many times in the gospels this word—ἄζυμος—is used to mean Passover (cf. Matt. 26:17).

Beginning at Passover, observant Jews will not have any yeast or leaven in their homes.

If Jesus meant to say unleavened bread here in Matthew 26, or if He meant to say that He would “keep the Passover at your house” (Matt. 26:18, NASB; see our discussion from last week), then why did He not just say what He meant? We may think that we know what He meant, but we need to pay attention to the specific words of the actual text of Scripture. Maybe Jesus said exactly what He meant!

A good student of the Word will “search the Scriptures” (John 5:39) to see if there is some place in the Scripture that solves a dilemma such as this. In this case, our search leads us to John 13:1-4:

Now before the feast of the passover, when Jesus knew that his hour was come that he should depart out of this world unto the Father, having loved his own which were in the world, he loved them unto the end.
And supper being ended, the devil having now put into the heart of Judas Iscariot, Simon’s son, to betray him;
Jesus knowing that the Father had given all things into his hands, and that he was come from God, and went to God;
He riseth from supper, and laid aside his garments; and took a towel, and girded himself.

Note that this is the same incident that we read about in Matthew 26:17-30, except John includes the following details: 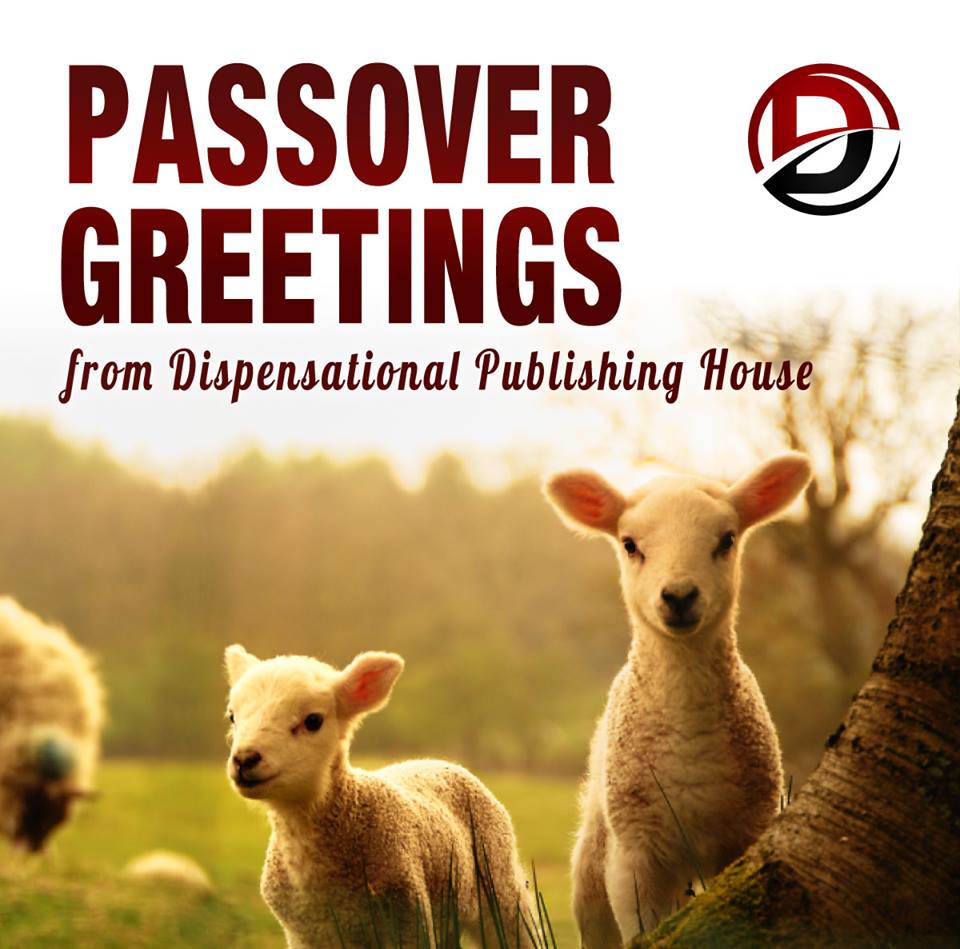 Of course, Jesus and His disciples would have normally still had supper on the night before Passover! It was not the Passover—which they were getting ready for on the next day—it was just supper!

The disciples were indeed getting ready for Passover, which requires much preparation. But I am convinced that the Last Supper took place during an ordinary supper, not a Passover meal.

Notice John 18:28 in this regard. The context is that Jesus is being taken to Pontius Pilate for trial, where Jesus will be sent to be crucified. The verse states:

Then led they Jesus from Caiaphas unto the hall of judgment: and it was early; and they themselves went not into the judgment hall, lest they should be defiled; but that they might eat the passover.

Had you thought that Passover took place on Thursday night when they had that supper together? But this is Friday morning, and Passover is still ahead. Note John 19:31 in this regard. It references Passover while Jesus was on the cross:

The Jews therefore, because it was the preparation, that the bodies should not remain upon the cross on the sabbath day, (for that sabbath day was an high day,) besought Pilate that their legs might be broken, and that they might be taken away.

This high sabbath was a day when the sabbath and Passover came together on the same day. They wanted to take Jesus down from the cross because Passover was about to begin.

And he said, Go into the city to such a man, and say unto him, The Master saith, My time is at hand; I will keep the passover at thy house with my disciples.
And the disciples did as Jesus had appointed them; and they made ready the passover.
Now when the even was come, he sat down with the twelve.

The disciples were preparing for Passover on the next day, but on this Thursday night they were just having supper. Notice Luke 22:15:

And he said unto them, With desire I have desired to eat this passover with you before I suffer.

If you take the interpretation that I am giving to these passages, you can see that Jesus was implying here that He would not be able to have this Passover with His disciples—because He actually was the Passover lamb (cf. 1 Cor. 5:7)!

At 3 o’clock Friday afternoon, when the Jews would be out sacrificing their Passover lambs,”the Lamb of God who takes away the sin of the world” (John 1:29, NASB) would be crucified.

They had not had Passover yet—Jesus was going to be Passover. 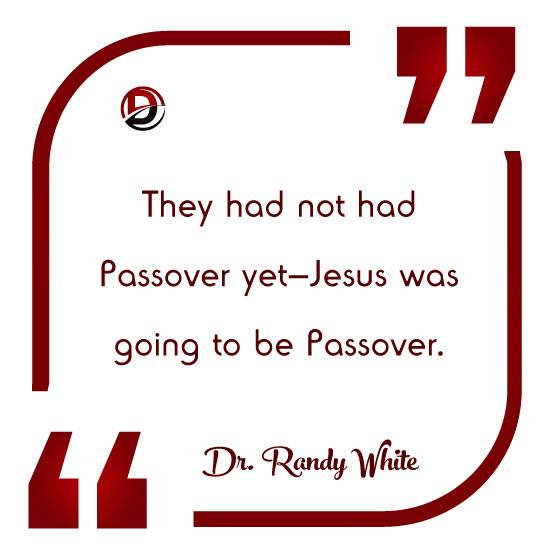 This was the supper before the day of unleavened bread, and they ate bread.

As they were eating, Jesus took bread, and blessed it, and brake it, and gave it to the disciples, and said, Take, eat; this is my body. (Matt. 26:26)

A year prior to this time, Jesus had been in Galilee near the time of the Passover, and that is when He provided the miracle of the loaves and the fishes. And Jesus stated then: 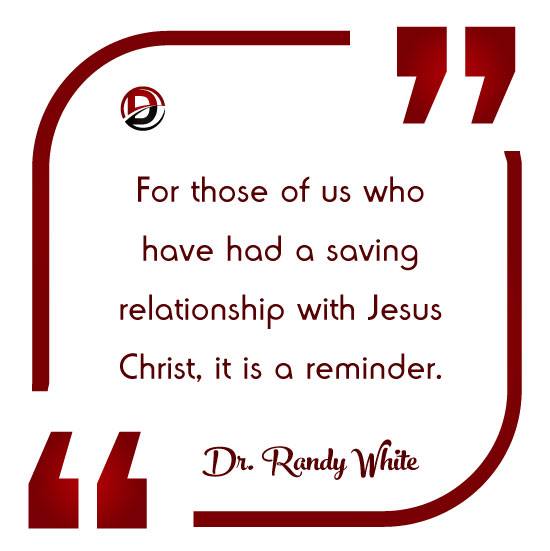 was something called the shewbread. This was always before the holy of holies (see NASB), and it represented Christ. The priests would come in once a week and eat and replace that shewbread, which was leavened bread.

Jesus was claiming on that day by the Sea of Galilee to be better than the unleavened bread of the Passover—better even than the manna that they received after leaving Egypt (“bread from heaven” [John 6:31-32]).

Jesus gives the implication that He was so much better than just remembering that God had brought the people out of slavery in Egypt. Now they had something of substance, something tasty.

O taste and see that the LORD is good: blessed is the man that trusteth in him. (Ps. 34:8)

Jesus concluded that entire seminar by the Sea of Galilee with some very pointed words:

The Jews responded by saying, in essence, “That is not kosher!” And this is how the situation unfolded:

From that time many of his disciples went back, and walked no more with him.
Then said Jesus unto the twelve, Will ye also go away?
Then Simon Peter answered him, Lord, to whom shall we go? thou hast the words of eternal life.
And we believe and are sure that thou art that Christ, the Son of the living God. (John 6:66-69)

Fast forward one year, and they are having supper, and, as Matthew records:

As they were eating, Jesus took bread, and blessed it, and brake it, and gave it to the disciples, and said, Take, eat; this is my body. (Matt. 26:26)

The Lord’s Supper was not a Passover. The Jewish people continue to celebrate Passover each spring as a reminder of how God released them from slavery in Egypt. But this is something brand new, which had never been observed before.

The bread reminds us of Jesus’ body and of His suffering and death for our sin.

The cup reminds us of His blood, which was shed for the forgiveness of our sins (Matt. 26:28).

We come to the Lord’s table and carry out what Jesus did on that night. The element of bread does not become the physical body or Christ, nor does it endow us with spiritual benefits, blessings or grace.

Thank you for joining us for this short series on the Passover and the Lord’s Supper. I would love to visit with you about the gospel of Jesus Christ—the good news that, because of what we have remembered here, you can be saved, even today. Please write to us if we can be of further help to you. 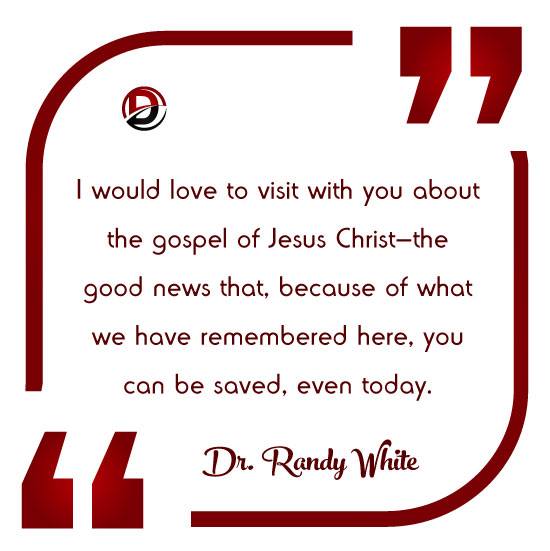