The Dispensation of Promise—Israel’s Right to the Land

The Dispensation of Promise—Israel’s Right to the Land

Welcome to our Bible study!

As we have learned in the previous four articles, God’s covenant promises to Abram, given in Genesis 12:1-3, began the dispensation of promise.

By now we should all know this very important Scripture passage by heart, but just in case you need help in keeping it before your mind, here it for us again:

Now the LORD had said unto Abram, Get thee out of thy country, and from thy kindred, and from thy father’s house, unto a land that I will shew thee:
And I will make of thee a great nation, and I will bless thee, and make thy name great; and thou shalt be a blessing:
And I will bless them that bless thee, and curse him that curseth thee: and in thee shall all families of the earth be blessed.

We saw last time that, since the covenant of the land was signed by circumcision, circumcision for the Jew is something that carries forward. Otherwise, if circumcision is past, what would that say about the land? It would say that the whole covenant is gone. 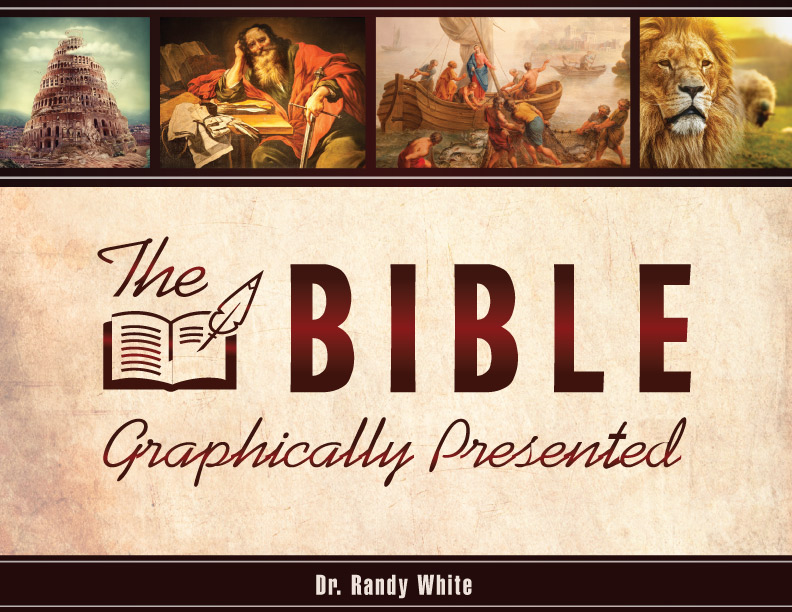 We also left off in our previous lesson by posing a question that we will answer in this week’s Bible study. That is, how does Ishmael fit into all of this?

Of course, you know that Ishmael was the son of Abram through “an Egyptian maid whose name was Hagar” (Gen. 16:1, NASB). Abram made a grave mistake when he sinned with Hagar, and this sin had tragic consequences.

However, it did not negate God’s covenant promises to him.

Indeed, the land promise was originally given to Abram, and it belongs to the children of Isaac, not the children of Ishmael. Both were the sons of Abram, but God makes it clear in Genesis 17:19-21 that He would make a great nation out of Abram’s descendants, and that Isaac is the one who would inherit the covenant that the Lord made with Abram. This passage states:

But God said, “No, but Sarah your wife will bear you a son, and you shall call his name Isaac; and I will establish My covenant with him for an everlasting covenant for his descendants after him. As for Ishmael, I have heard you; behold, I will bless him, and will make him fruitful and will multiply him exceedingly. He shall become the father of twelve princes, and I will make him a great nation. But My covenant I will establish with Isaac, whom Sarah will bear to you at this season next year.” (NASB)

This issue affects our worldview. It affects our understanding of the importance of Abraham and his descendants. Can other ethnic groups form great nations? Certainly! But as Christians we do not promote the concept of any other group becoming a great nation centered in Jerusalem—because God has given that land specifically to Israel—the chosen people and nation that descended from Abram.

Salvation in the Dispensation of Promise

Another question that we must deal with is this: How does a person come into a right relationship with God during the dispensation of promise?

People were saved during this dispensation by belief in God’s promises to His people, the descendants of Abram. In fact, one of the most oft-quoted Scriptures as it relates to Old Testament salvation is Genesis 15:6:

And he believed in the LORD; and he counted it to him for righteousness.

This word counted is an accounting word. Abram believed and righteousness was credited or placed into his account.

This is a great truth! But what did Abram actually believe? He believed that God was going to give the land to Isaac his son. We must not read into the text that he believed what we want him to have believed.

Today, you can hold to Zionism with tremendous zeal—believing that Israel has the rightful ownership of the land and that the land of Canaan is actually the land of Israel. You can believe that entirely today, and yet not be saved. Believing these things will not cause righteousness to be credited to you today.

God may bless you for holding those views, but to be saved, you will have to put your faith somewhere else. Abram was believing that which had been revealed unto him.

Remember what we learn from Hebrews 1:1-2:

God, who at sundry times and in divers manners spake in time past unto the fathers by the prophets,

Hath in these last days spoken unto us by his Son, whom he hath appointed heir of all things, by whom also he made the worlds.

Abram had not gotten to those last days yet. He did not have that revelation. Sometimes I think that we take the revelation that we have and require responsibility for it of Abram. He only knew the basic truths listed in Genesis 12:1-3. That is what he believed, and that is when righteousness was credited to his account.

Now, you today could believe that same thing, and it would not be credited to you for righteousness. At this time in history, you must believe the gospel—that Jesus Christ, the Son of God, came as the Savior of the world and took your sins upon Himself. He died and was buried, but rose again on the third day and ascended back to heaven, and will return physically to this Earth. In the meantime, he offers the undeserved gift of eternal life by grace, received by faith. This is how we are saved today.

Faith is involved all the way through, but the question is, “Faith in what?”

A Biblical Right to the Land

Changing our focus, we can see more generally how the revelation given during this dispensation of promise conflicts with the prevailing views of the world that we live in today. The first area that we might use to illustrate this point is very simple and clear: Israel has a Biblical right to the land. 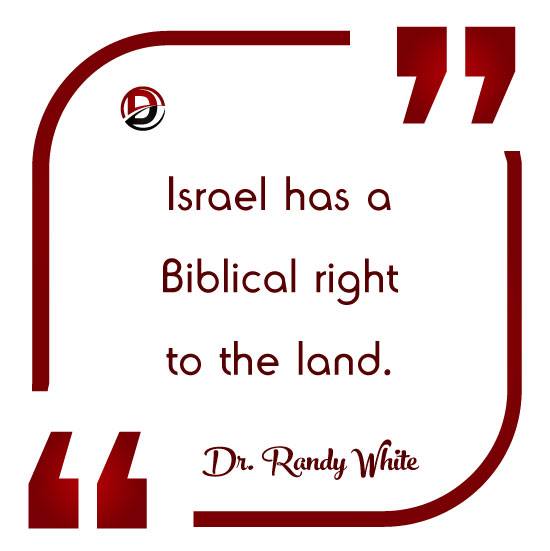 Where in the world do we get such an idea? Primarily, we get it from Genesis 12, 15 and 17. Take out this dispensation of promise, and it becomes very difficult to prove that Israel has a right to the land. They may have conquered the land and lived there for a while, but perhaps they chased out its rightful owners, and thus we should return it to the Canaanites and the Philistines. Many people today believe something very similar to this!

In fact, this is why Rome changed the name of the land to Palestina (the Latin equivalent of Philistines) after they destroyed Jerusalem in 70 A.D. This is a huge conflict in today’s world. It might even be the biggest conflict that today’s world has in worldview. Does that little sliver of land the size of New Jersey in the Middle East belong to the Jews? Literally, World War III could begin over that issue, and it could begin very easily.

There is this conflict of worldviews—of, “Who does this land belong to?” The United Nations, our own United States State Department and just about every government in the world says, in effect, that they cannot make up their minds, so they would just like Jerusalem to be an international city that belongs to the whole world. That is what the world would like to do because they think this will solve the problem. Or, they think, if we just had a two-state solution, that would solve the problem. But the proposed two-state solution takes the land that God promised to Israel and gives it to those who are not Israel. 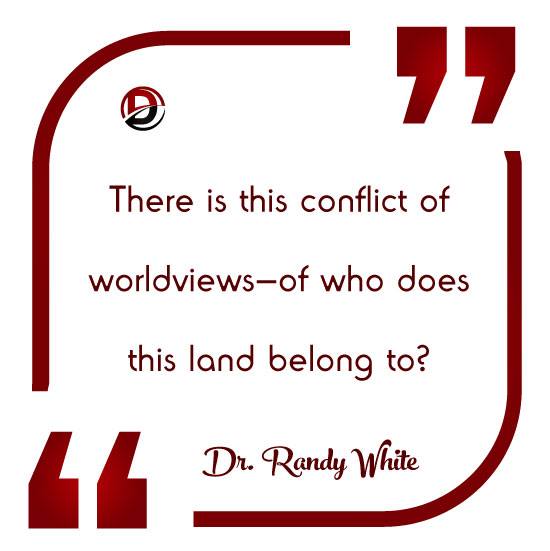 Land for peace has never solved this problem, and it never will. It did not work in the Gaza Strip in 2005, and it will not work now. Land for peace does not work, yet the world’s politicians hold to it unrelentingly.

This dispensation of promise is hotly contested to this very day.

But I am thankful that you are committed to a Biblical view of the world, as evidenced by your interest in our Bible study. May the Lord bless you for it, and I hope that you will join us again next week as we take one final look at this dispensation of promise.