The Dispensation of Promise—A Blessing for the World

The Dispensation of Promise—A Blessing for the World

Genesis 12:3 offers a fundamental change in the way that mankind relates to God, and thus ushers in the beginning of a brand new dispensation when it states:

And I will bless them that bless thee, and curse him that curseth thee: and in thee shall all families of the earth be blessed.

This promise provided a fundamentally new revelation. Specifically, it tells us that—from this point forward—the ultimate blessing of all the families throughout the world will depend on their relationship to Abram. Through that relationship will come both blessings and cursings. 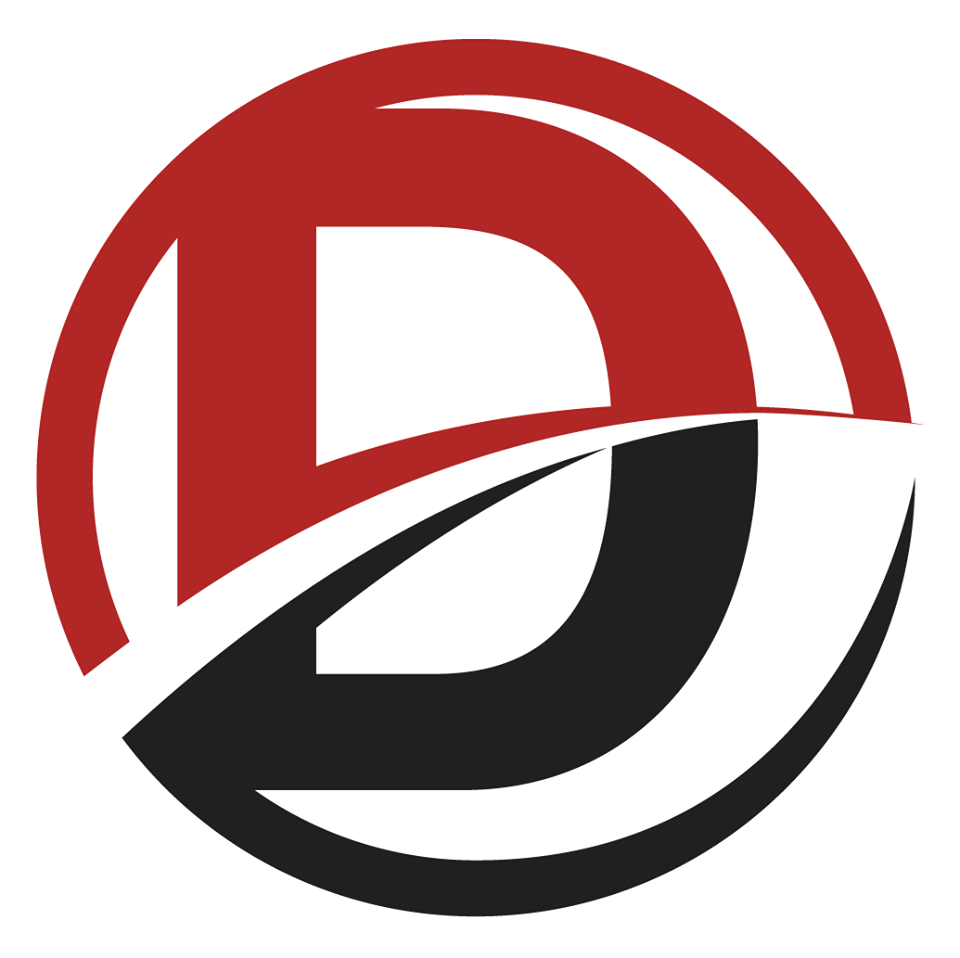 In light of the revelation of Genesis 12:3, he had better recognize that God has chosen Abram and is going to make a great nation of Abram and his descendants, and he has to bless that nation! Otherwise, he cannot be right with God. In fact, he would be cursed. There was no way of being right with God without also being right with Abram. Everyone was required to recognize these realities (even if they did not completely understand them) and act accordingly.

I think that Genesis 12:3 is technically the beginning of the new dispensation, then, because that is where we have the new revelation. Never before had God said that He would bless all the families of the Earth through a single man.

The word curseth in this verse is translated stronger in English than it actually is in Hebrew. In Hebrew, the word curse here can just mean to ignore. Have you ever cursed someone by ignoring them? You probably have. It could be as simple as withholding needed information from someone that you did not really like. By ignoring that person, you are cursing them. As a result of your ignoring of them, they will end up stumbling over a problem. So this word for curse simply means to slight or to ignore—as well as to do something hateful toward a person.

We see, then, how easy it would be for anyone to end up cursing Israel, God’s chosen people.

Now, let us look at the next major event that begins to unfold at the beginning of this dispensation:

So Abram went forth as the LORD had spoken to him; and Lot went with him. Now Abram was seventy-five years old when he departed from Haran. Abram took Sarai his wife and Lot his nephew, and all their possessions which they had accumulated, and the persons which they had acquired in Haran, and they set out for the land of Canaan; thus they came to the land of Canaan. Abram passed through the land as far as the site of Shechem, to the oak of Moreh. Now the Canaanite was then in the land. The LORD appeared to Abram and said, “To your descendants I will give this land.” So he built an altar there to the LORD who had appeared to him. (Gen. 12:4-7, NASB).

Do you know where modern-day Shechem is, or why this might be significant?

It is interesting that this is the first place that Abram comes to—the land that God says, “I am going to give you this land.” God has given Abram this particular land. 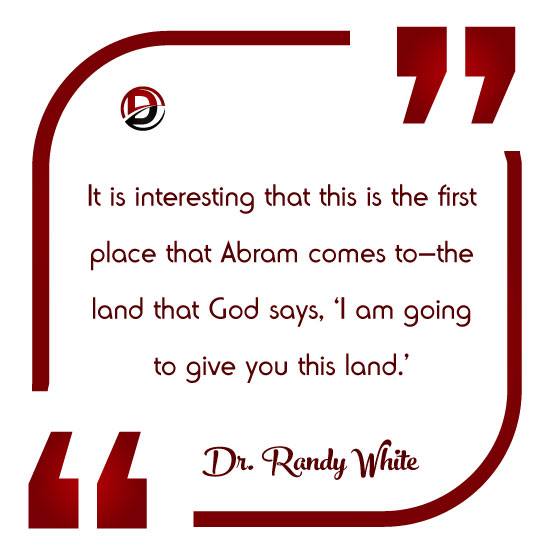 The entire land of Canaan was going to be given to Israel through Abram and his descendants. This is a major issue in the book of Genesis and, in fact, throughout the whole Bible. It is a fundamental revelation that was given here at the beginning of the dispensation of promise, and it is clearly something that changes everything from this point onward.

We will pick up there next time, thinking much more about these promises regarding the land and why this first move of Abram was so noteworthy. We will also consider the important issue of circumcision for the Jewish people as we progress in our study. 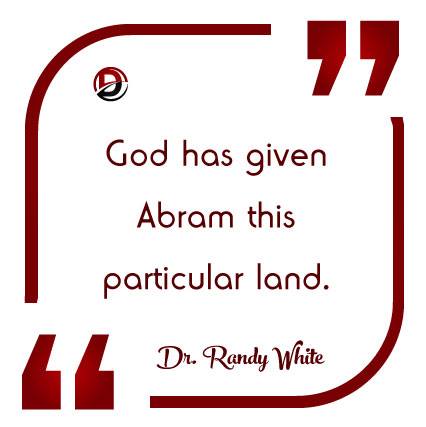 God bless you, and thanks for joining us this week!