The Saving Work of God

The Saving Work of God

We ended our last discussion by introducing a bold notion regarding the flood of Noah’s day—namely, that destroying work of God actually turned out to be the saving work of God.

We continue in our study today by looking first at Genesis 6:15, which gives us the dimensions that God provided for Noah to use in building the ark:

And this is the fashion which thou shalt make it of: The length of the ark shall be three hundred cubits, the breadth of it fifty cubits, and the height of it thirty cubits.

We see that the ark was to be 300 cubits long, 50 cubits wide and 30 cubits high. These dimensions would make this vessel very seaworthy. It would not capsize. 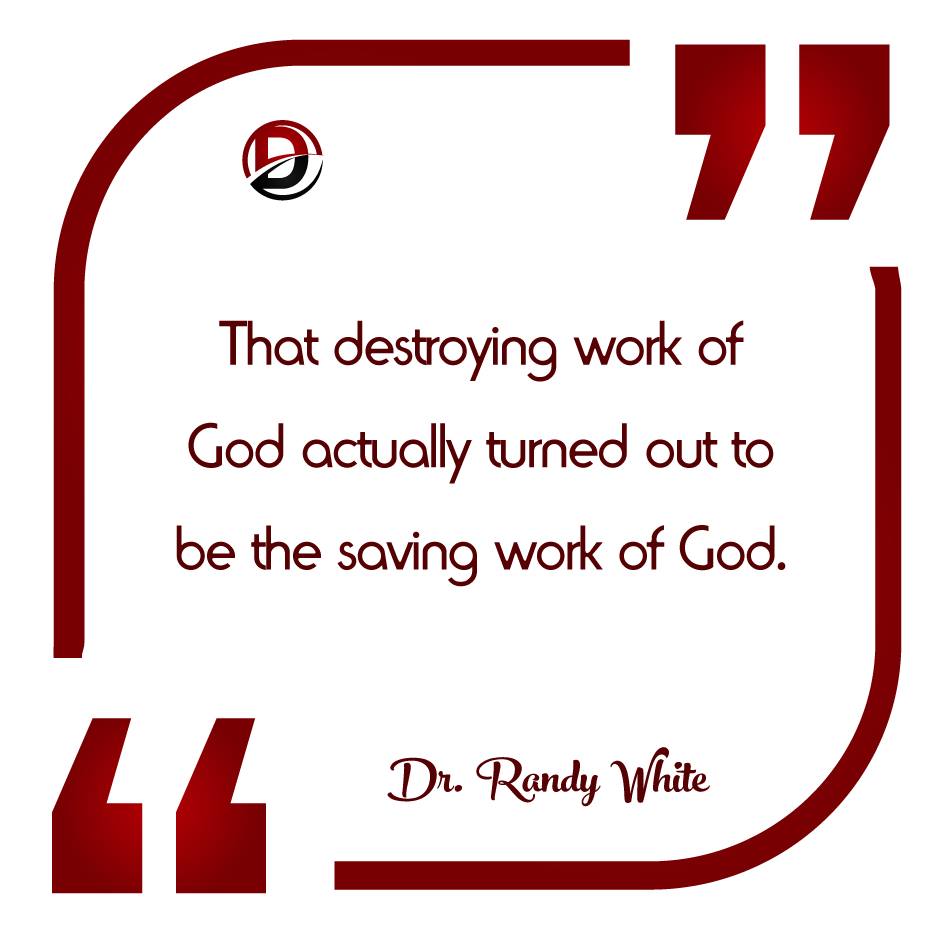 There are a number of stories of a worldwide flood in various ancient cultures, such as the Epic of Gilgamesh of the Babylonians. However, it makes the ark a cube, which would not be seaworthy. But an ark built to the Biblical dimensions would not overturn.

Fifty is a multiple of five, and five is the number of grace, as seen in the Year of Jubilee—a year of grace in which debts are cancelled. We certainly see the depth of grace here in the description of the ark.

God was going to destroy the earth, but in the midst of it He gives this promise in Genesis 6:18-22:

But with thee will I establish my covenant; and thou shalt come into the ark, thou, and thy sons, and thy wife, and thy sons’ wives with thee. And of every living thing of all flesh, two of every sort shalt thou bring into the ark, to keep them alive with thee; they shall be male and female. Of fowls after their kind, and of cattle after their kind, of every creeping thing of the earth after his kind, two of every sort shall come unto thee, to keep them alive. And take thou unto thee of all food that is eaten, and thou shalt gather it to thee; and it shall be for food for thee, and for them. Thus did Noah; according to all that God commanded him, so did he.

God is promising that He would later provide a covenant, although it is not described yet. It is actually revealed in Genesis 8:21-9:17. It shows that God will indeed fulfill the promise of Genesis 3:15. 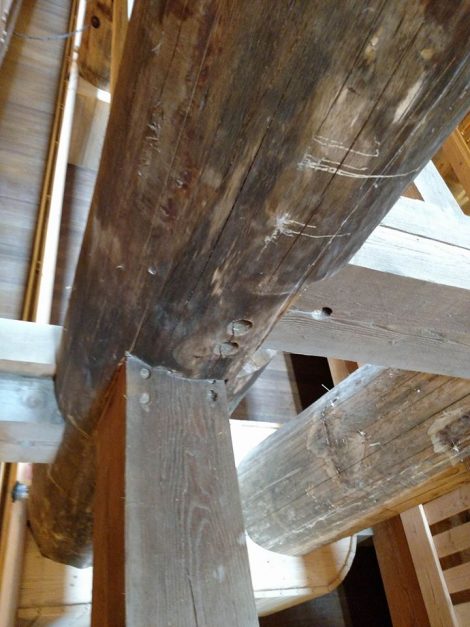 Eight people entered the ark, and those eight would later receive that covenant that God mentioned here. They were Noah, his wife, his three sons and their wives.

Now, we commonly think of Noah preaching a message of repentance and hope to the crowd that was watching him build the ark. I am actually convinced that Noah did not give a single sermon or invitation asking people to come into the ark.

Think about it: The earth was being destroyed precisely because “all flesh” was corrupt (shachath, שָׁחַת; cf. Gen. 6:11-13). Would it make any sense that Noah would invite such corrupt flesh into his ark? I believe that would defeat the purpose of the flood.

No, the ark was designed and intended for just eight people. It was only Noah that was “perfect in his generations” (Gen. 6:9). We can even speculate whether or not Noah’s sons were pure, though we may presume that these words also applied to his family, and God certainly used them.

It appears from the words “knew not” in verse 39 that these people were really not even given an opportunity to repent. Therefore Noah must not have been encouraging them to come into the ark.

Did you know that it will be the same way in the days of the coming of the Son of Man? In the future, things will come to a point where the last call has been given and there is no more opportunity to believe and be saved (cf. Rev. 22:11).

Many times people think that Matthew 24:40 is talking about the rapture. But in the days of Noah, those who were left were left on the ark. There were eight people who were left. The others were taken. They were taken to judgment.

Those who are left when the Son of Man (a title for the Messiah, used only in Scripture in relation to His earthly kingdom reign) will be left to hear the words, “Enter thou into the joy of thy lord” (Matt. 25:21); “Come, ye blessed of my Father, inherit the kingdom prepared for you from the foundation of the world” (Matt. 25:34). 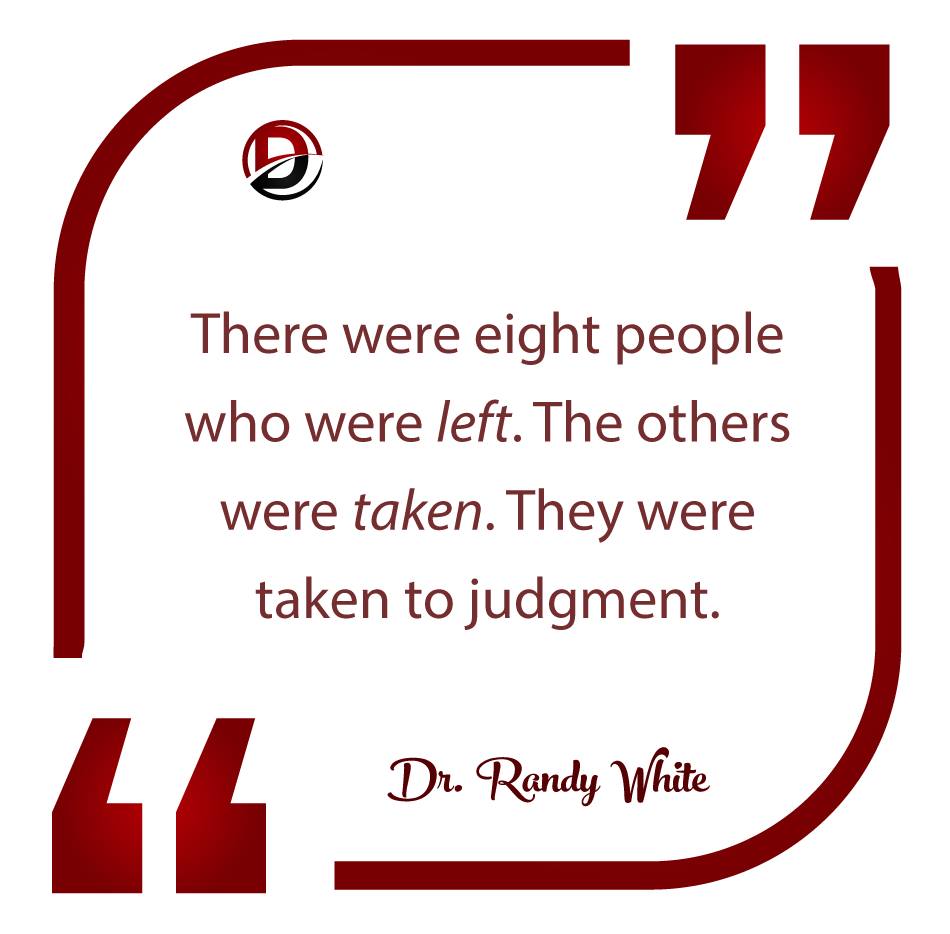 This, then, is not a passage about the rapture, which is actually not in view in Matthew 24 at all.

Finally, let us consider that truth that Noah was a type or foreshadow of Christ. Noah brought rest to the world, and he was pure in his generations (like our virgin-born Savior, who did not inherit the sinfulness of mankind). Noah also found favor with God (cf. Matt. 3:17) and was a man of righteousness (cf. Heb. 4:15). Each walked with God, and the work of each served to preserve humanity. Christ is the final Noah.

I actually think that Noah did his work of building the ark alone. Jesus also did his work alone, like the high priest in Lev. 16:17.

Noah was the instrument through whom God would establish an everlasting covenant, and through Christ God will establish the Davidic Covenant.

There was a remnant preserved on the ark, and a new beginning following the flood. This, too, reminds us of the work of Christ.

When the fullness of the time came, God sent forth His Son, born of a woman, born under the Law, so that He might redeem those who were under the Law, that we might receive the adoption as sons (NASB).

In this world full of violence, guile and deceit, we are grateful that a Savior has come who had none of this corruption, and He has been our Noah, and the cross is our ark. We cling to that hope today.