A Report on the Ark Encounter (Part 1)

A Report on the Ark Encounter (Part 1)

Greetings from the Ark Encounter—Answers in Genesis’ life-size reconstruction of Noah’s ark.

In this first report following a very big day at the Ark, I want to emphasize a few simple points.

Just getting to the Ark proved to be quite a challenge this morning. My wife Lynnette and I thought that we were leaving early, but we ended up trying to take an alternate route when we saw traffic headed to the Ark on Interstate 75 at a near standstill. We entered the parking lot before 10 a.m., then stood in line until finally getting on a bus that was bound for the Ark and the ribbon cutting ceremony around 11:35. (The ceremony began at 11.) All this to say—the crowd was immense.

There were people everywhere—going in every direction—but especially going to see the Ark and desiring to be part of this historic event. According to a report from Answers in Genesis, the crowd numbered more than 7,000 people. 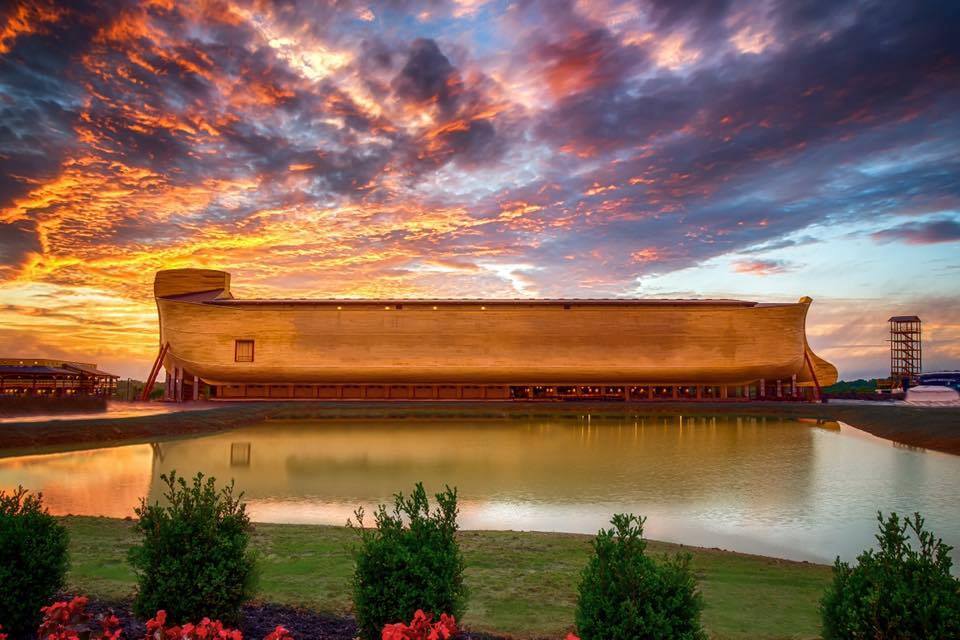 The Ark Encounter is shown at sunset on Monday, July 4. (Photo by Paul DeCesare; courtesy Ken Ham, Answers in Genesis and ArkEncounter.com)

That number made me think of a familiar passage of Scripture, in which we read this Word from God to Elijah:

Yet I have reserved seven thousand in Israel, all whose knees have not bowed to Baal, and every mouth that has not kissed him (1 Kings 19:18).

In these strange days into which we are moving, could it be that many people—certainly not a majority, but a significant number—are hungry for truth and flocking to the Ark, specifically because it has much to teach us about these turbulent times?

As it was in the days of Noah, so it will be also in the days of the Son of Man: They ate, they drank, they married wives, they were given in marriage, until the day that Noah entered the ark, and the flood came and destroyed them all (Luke 17:26-27).

Dispensational Publishing House will be exploring similar themes all this month, so for now I will leave this as a rhetorical question. Certainly we can say that 7,000 people showed up today who are not ready to bow to the false gods of evolution and uniformitarianism.

Following the ceremonies, I left the Ark Encounter for several hours, then returned and spent about two hours touring the inside the of the Ark. When I went back at 4 p.m., the crowd had thinned out to such an extent that I was the only one taking the bus bound for the Ark at that particular time. There were, of course, still many people inside taking the tour.

What did I see inside the Ark? I will give a detailed overview of my impressions on Thursday. But first, tomorrow, I will post a blog describing some more personal highlights of my trip—particularly the opportunity to watch this historic event and spend time with one of several men who were honored today, Dr. John Whitcomb.