The Long Night, A True Story

The Long Night, A True Story

The Night lasted five years and eight days.Before the Night began, Ernst Bornstein was a precocious eighteen-year-old who had an ordinary family with three siblings, two parents, and a large circle of friends and relatives. But in the autumn of 1939, decades of anti-Semitic propaganda turned into full-fledged violence. Bornstein’s family was subsequently sent to Auschwitz where his parents and siblings were gassed to death.

The Long Night is Bornstein’s firsthand account of what he witnessed in seven concentration camps. Written with remarkable insight and raw emotion, The Long Night paints a portrait of human psychology in the darkest of times. Bornstein tells the stories of those who did all they could do to withstand physical and psychological torture, starvation, and sickness, and openly describes those who were forced to inflict suffering on others. The narrative is simple, yet profound; unbridled, honest, and dignified.The Long Night was written shortly after the war when the author’s memories were fresh and emotions ran strong.

Originally published in German in 1967 as Die Lange Nacht, this is the first English translation of this work.

NOTE: This resource is written from an orthodox Jewish perspective. The reader should read with discernment. DPH believes that students of the scripture will benefit from the insights provided by Jewish writers even when those writers take positions that may be different than the Christian approach.

Dr. Ernst Israel Bornstein was born in Zawiercie, a city in the Silesian province of southern Poland (60 km from Auschwitz) on the 26 November 1922. He was the oldest of four children. He was educated in Jewish schools and won a national essay prize at the age of fifteen. He was incarcerated in seven concentration camps, enduring the infamous “death march” until finally being liberated by American soldiers near Lake Starnberg in Bavaria on 30 April 1945. Thereafter, he lived in Munich, Germany, studied at the University of Munich graduating as a Dentist (Dr. Med Dent) in 1952 and as a Doctor of Medicine (Dr. Med) in 1958. He practiced as an oral surgeon. He married Renée (née Koenig) on the 20 December 1964 and they had three children, Noemie (Lopian) born August 1966, Muriel (Davis) born July 1967, and Asher Alain born May 1971. Dr. Bornstein died on the 14 August 1978 aged 55.

Dr. Bornstein was the founder of the Association of Ex-Concentration Camp Inmates in Munich, whose chairman he remained until he died, was a member of the executive committee of the Jewish Community in Munich and chairman of the Consortium of Associations of Persecutees in Bavaria. He originally wrote this book, “Die Lange Nacht” (The Long Night) shortly after the War, setting out his Holocaust experiences, whilst his memories were fresh and his feelings raw. This book was originally published in Germany, in 1967. 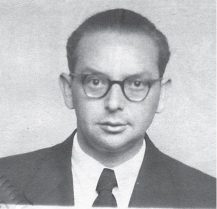 Be the first to review “The Long Night, A True Story” Cancel reply