“The Declaration of Independence . . . laid the cornerstone of human
government on the first precepts of Christianity.” – John Quincy Adams

In 1776, the Founding Fathers appealed to “self-evident” truths to justify the American Revolution. Those truths form the ideal that serves as the foundation upon which these United States are built. But are those truths indeed true?

To find out, examine the public speeches, published documents, and personal writings of two dozen of America’s Founding Fathers and dig into the works of the philosophers of their time to uncover the Founders’ inspiration. Then compare their ideas to the Holy Scriptures, considering more than 700 verses from over 40 books of the Bible. Go beyond traditional assumptions and surface-level theology to carefully weigh the evidence.

Are the RIGHTS enumerated in the Declaration of Independence biblical, or were America’s Founders WRONG? And what does it mean for Christians in America some two and a half centuries later?

Categories: Books, Other books of interest, Published by DPH 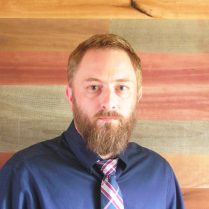 Nathan Birr is the author of twenty novels and short stories, an elder in his church, and a lover of truth and liberty. When not writing, he enjoys relaxing with family, traveling, and watching college football. He lives in Sheboygan, Wisconsin, with his wife of nearly seventeen years, Sierra.

Be the first to review “Rights or Wrong? Examining the Declaration of Independence in the Light of Scripture” Cancel reply