When a believer wants to be obedient to the scripture and pursue truth and righteousness in a fallen world, how does that believer relate to the government?

When a society is deeply divided over ideological chasms, how can that society function under a single government?

Government and Christianity is the transcript of a sermon preached on the eve of the Civil War by one of the nation’s most prolific dispensational preachers of that era. The sermon is relevant to people of all times, but especially times (like ours) when a nation is torn asunder with competing worldviews.

As you read, you will agree…and you will disagree. And, prayerfully, you will learn how one man ministered the scripture to his congregation as a dark winter approached. 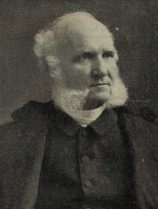 published more than 100 books on topics as broad as dispensationalism, pyramidology, astrology, and so much more. He was pastor of St. John’s Church in Philadelphia at the time of the publication of this sermon.

Be the first to review “Government and Christianity” Cancel reply