“Just what I’ve been thinking” -man in the pew

The author has often written and spoken about the dangers of evangelicalism, its cousin ecumenicalism, and its parent, the church-growth movement. In this hard-hitting book, he spells out the confusion of the evangelical movement. And even more, he points out the manipulative manner of the movement, and the danger it posses to your family, your church, and your community.

If you are comfortable with things as they now stand in local churches, skip this book. If you are looking to put words to your frustrations about the direction of Christian ministry in the United States and much of the western world, then this may be the book for you.

The book is, according to its author, “an equal opportunity offender.”  Here is an excerpt from the introduction-

As I look back over my life, I’m all-but-convinced that we are the generation that let Christianity die.

We killed the choir. We shut down the sermon. We stopped the prayer meetings. For heaven’s sake, we don’t even have “dinner on the grounds” anymore. We let virtually everything about the church-we-grew-up-in die.

We became nothing useful. Nothing at all. So much so that most of our young adults don’t even need the church when it comes time to get married (the wedding venue costs thousands but looks much nicer…often like an old church). The church is useless to the next generation.

And in one generation, the church died. 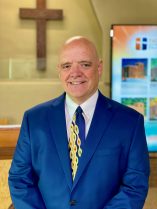 Randy White is the founder and CEO of Dispensational Publishing House. He teaches the Bible online through Randy White Ministries and he is the Pastor of the Taos First Baptist Church in Taos, NM. He is a “right divider” passionate about accurate doctrine and growing in Biblical knowledge.