The Lord Jesus believed in Noah and a worldwide flood—and even said that the moral climate at the time of the flood was indicative of the conditions that would exist shortly before His return.

What was wrong with people “eating and drinking, marrying and giving in marriage”? Nothing, except that these were apparently the highest aspirations of most of the people of that time. In other words, as Psalm 10:4 states:

The wicked in his proud countenance does not seek God;
God is in none of his thoughts. 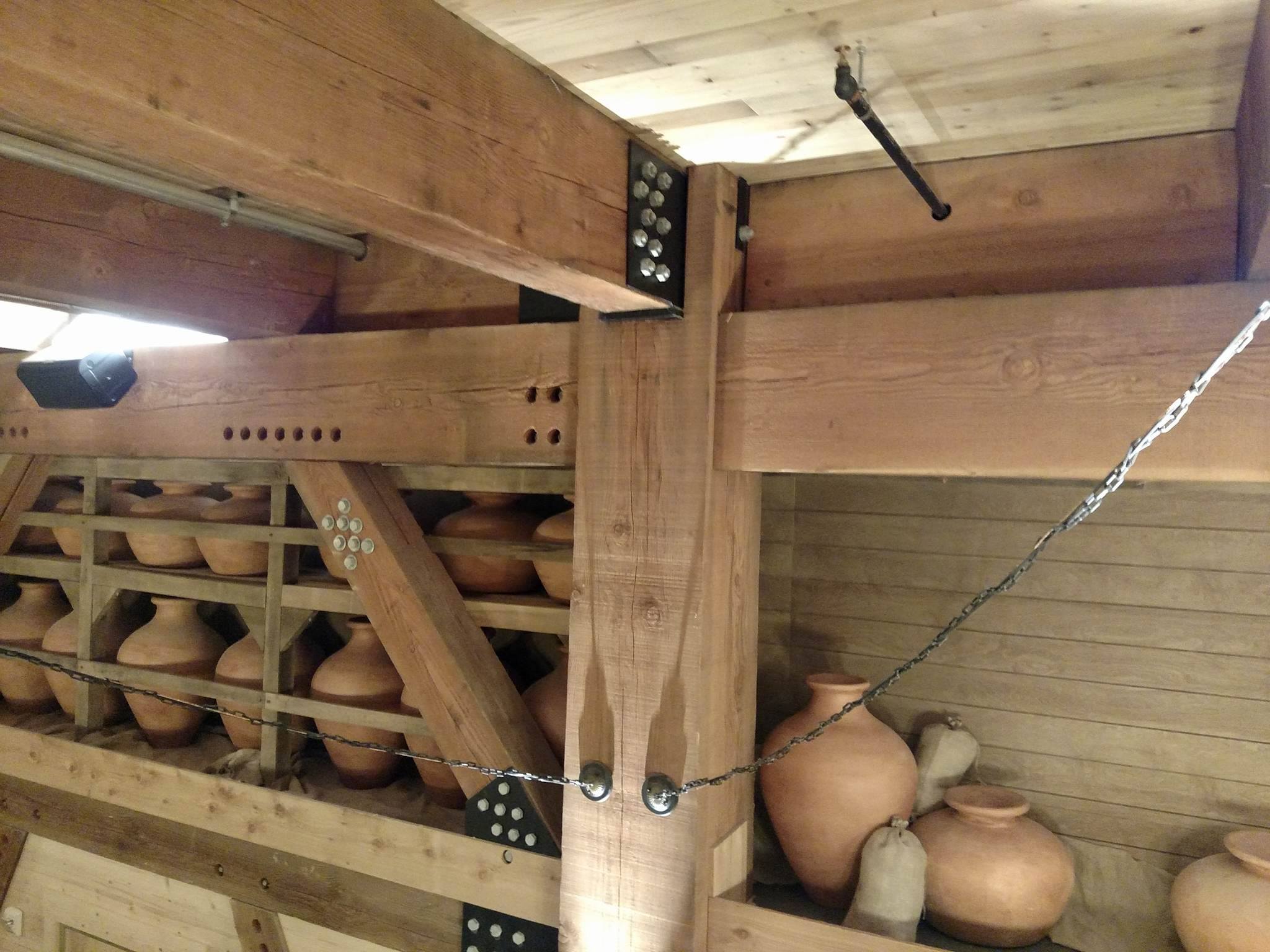 Imagine this scene from the pre-flood world: Over a hillside, just out of view from the ark and the man building it—a man that the overwhelming majority of the culture had mocked for years—is a raucous, worldly wedding celebration. But just as the festivities are about to escalate, the people in the wedding party feel something they have never sensed before. There are drops of rain falling on their faces (cf. Gen. 2:5-6). At first it feels refreshing, but then some very frightening events begin to unfold, as the rain begins to fall much harder, and the ground begins to shake beneath their feet (cf. Gen. 7:11).

Perhaps you feel as if the situation in our culture is changing so quickly that you cannot keep up with it—and that most of the changes are not for the better.

Imagine a time of which the following could be said:

Then the Lord saw that the wickedness of man was great in the earth, and that every intent of the thoughts of his heart was only evil continually (Gen. 6:5).

This statement captures the essence of what life was like, As It Was in the Days of Noah.

We as a nation and a culture are taking on more and more of the characteristics of those who lived in the days of Noah. Things are happening that have never happened before—and I believe that we will see such changes continue to escalate and intensify as the return of the Lord draws ever nearer and the time remaining becomes ever shorter.

Utilizing strictly the chronology that the Bible gives us in the book of Genesis, thus not accounting for any possible gaps in the genealogical record, the flood occurred 1,656 years after creation. It brought an end to the dispensation of conscience, which followed the initial dispensation of innocence—but more than that, it involved the destruction of an entire world system. The Apostle Peter states: “The world that then existed perished, being flooded with water” (2 Pet. 3:6).

How and why did this happen? We begin this series by thinking of the conditions upon the earth before the flood—which provoked the flood.

According to Genesis 6:1, “Men began to multiply on the face of the earth.” Taking into account the long lifespans that people lived close to the dawn of history—before the curse had made its full impact upon the world—creation scientists have estimated that there could have been as many as four billion people upon the earth at this time.

Not to sensationalize any of this, but we must remember that these people were not what the world would commonly call cavemen (cf. 1 Sam. 22:1; Job 30:5-8; Heb. 11:38). Instead, living as they did so early in history—before the effects of the fall and the curse multiplied through the generations—these people were probably far stronger physically and far more intelligent than we are. We have much more by way of accumulated knowledge, but these people likely had much greater natural ability. As in building a pyramid of cheerleaders, the lightest person stands at the top. We today stand metaphorically at the top of history, but this does not make us the smartest. In this light, we do not know what tools and technologies these people had, but we might be amazed if we could discover more.

Genesis 6:1-2 shows us another key to understanding this time—when it tells us that these multitudes of people were energized by demonic activity.

Now it came to pass, when men began to multiply on the face of the earth, and daughters were born to them, that the sons of God saw the daughters of men, that they were beautiful; and they took wives for themselves of all whom they chose.

We may find insight as to the meaning of this passage by comparing it with Luke 8:31 in light of 2 Peter 2:4 and Jude 6. 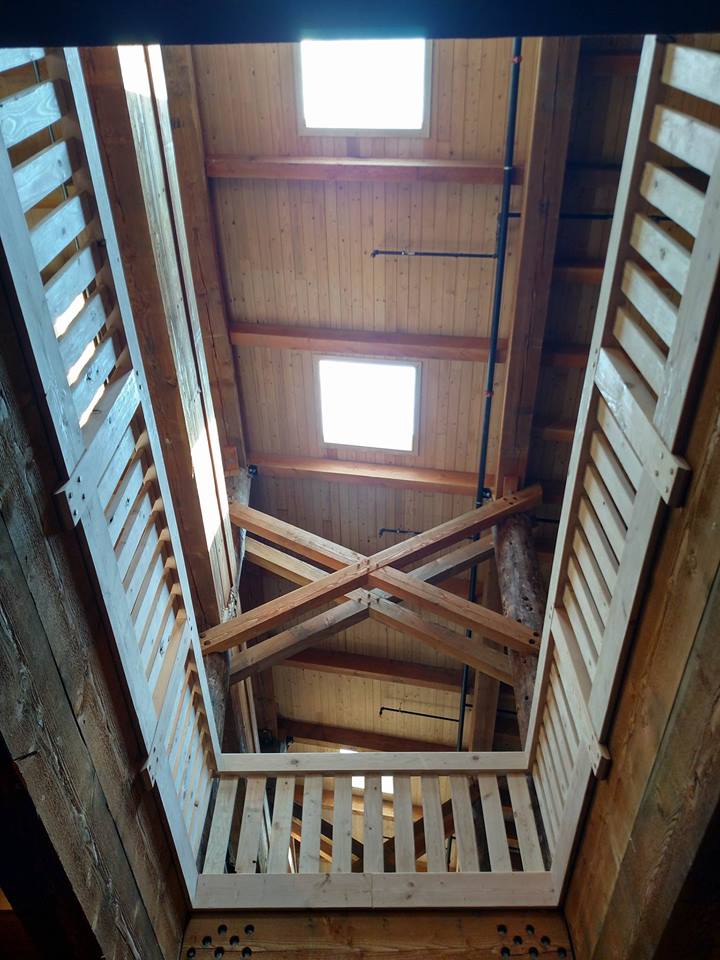 Because of their actions, these demons became permanently confined, as Dr. Charles Ryrie labels them.[2] I have recorded the following summary of Dr. John Whitcomb’s teaching on this issue in my Bible:

Many demons were lost to Satan at the flood—
a tremendous blow to Satan and a blessing for humanity, rescued from the throes of demonism.[3]

The outworking of this demonic influence upon wicked men, who influenced wicked women, is thus seen in Genesis 6:5. Although mankind is totally depraved, in that sin impacts every part of man’s being, the rampant explosion of sin to such an extent as this evidences demonic provocation and possession.

I take Genesis 6:4 as merely describing more about the conditions “on the earth in those days”—not necessarily explaining this to be the result of the unions in Genesis 6:1-2. The word for giants is nephilim, which is used only here and in Numbers 13:33. Again, however, it is worth noting that these people, living at this early point in history before the effects of the curse had compounded upon mankind genetically, were probably larger on average than we are today.

From Genesis 6:3 we draw the basic concept behind this dispensation of conscience (cf. Rom. 2:14-15). We are also reminded that, just as there was a prophesied end to such striving by the Holy Spirit against sin in Noah’s day, so we know that in the future tribulation the Spirit will cease to restrain the full impact of sin (cf. 2 Thess. 2:6-8). At times, it is difficult to imagine how the world can become any worse than it is now—and yet we know that it will be exponentially worse throughout those seven years.

What is the significance of the 120-year time period referred to in Genesis 6:3? This could be the new limit for man’s lifespan (cf. Ps. 90:10), although this seems doubtful. It is traditionally understood to be the Divine time limit before the judgment of the flood would occur. Assuming this to be the case, however, we are not told that God revealed this deadline to anyone—until He announced the seven-day deadline of Genesis 7:4.

As far as we know, Noah may have worked on the basis of an expectation of imminent judgment.

How did he do it? Genesis 6:8 provides the key:

But Noah found grace in the eyes of the Lord.

Editor’s Note: For more on this topic, you can listen to a related message by Paul Scharf by clicking here.

You will also find more from Scharf on this subject in the following installment of “Ask the Theologian”:

[1] “What Was the Pre-Flood Population Like?”, <https://answersingenesis.org/noahs-ark/pre-flood-population/>; Internet; accessed 25 June 2016.

[3] This is a quotation of my personal, handwritten summary of Dr. Whitcomb’s teaching on this issue, as recorded in my study Bible.

Photos within the article are by Paul J. Scharf