One Hundred Years of Mocking

One Hundred Years of Mocking

Imagine being convinced that God Himself ordained you to complete a massive project that required you to pour every fiber of your being into the execution of the project, and then experiencing the continual mocking of your friends, onlookers and your extended family year after year for your alleged foolish commitment. Noah experienced this exact scenario as he followed God’s command to construct the massive ark. The Biblical account of Noah building the ark provides a motivational message for God’s people to relentlessly perform the work that God called them to do, despite the mocking of the unbelieving detractors and scoffers. 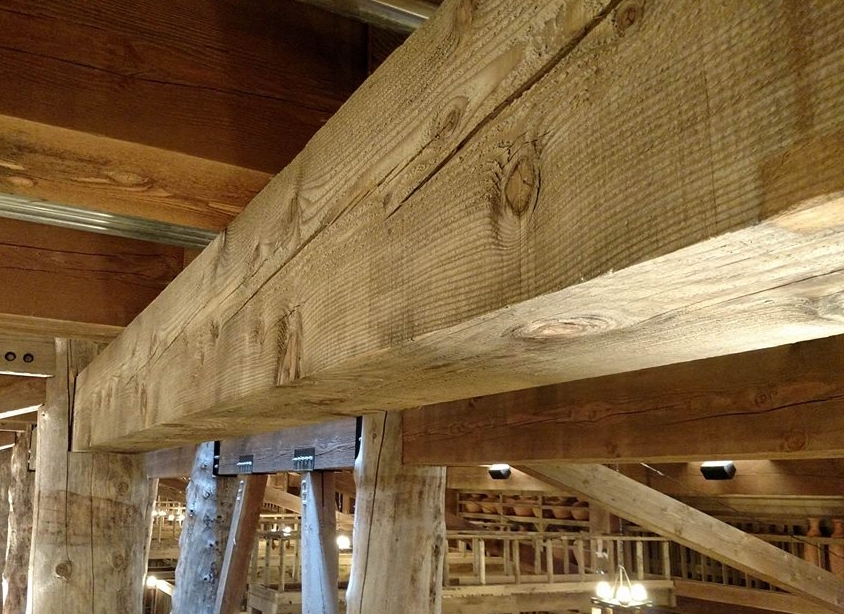 A Dedicated Message
God not only called upon Noah to build the massive ark, but God also used Noah as “a preacher of righteousness.”

And did not spare the ancient world, but saved Noah, one of eight people, a preacher of righteousness, bringing in the flood on the world of the ungodly (emphasis added).

God revealed to Noah His exact plan to exterminate all of humanity, except for seven of Noah’s family members and Noah himself. Scripture never revealed the number of people who encountered Noah during the 100-year construction project, nor the specific message that Noah spoke to them. However, God described Noah as “a preacher of righteousness.” Noah obviously believed God when He informed him that a catastrophic universal flood was imminent, and required him to build a gargantuan ark (Gen. 6:22). Noah, despite the scoffers and all of those living in a self-absorbed, anti-god, narcissistic manner (Gen. 6:5) preached God’s righteousness and that judgment was imminent.

A Dedicated Ministry
Noah knew from the very beginning of the building of the ark that—no matter what he said to others regarding the righteousness of God and their need to follow Him—every single person except for his seven family members would reject his message. The world stood “condemned” (2 Pet. 2:6) before the righteous God. What an astonishingly horrific outcome for those who should have embraced their Creator.

By faith Noah, being divinely warned of things not yet seen, moved with godly fear, prepared an ark for the saving of his household, by which he condemned the world and became heir of the righteousness which is according to faith.

Over the years, I have spoken to many Christians who earnestly desired to serve God, yet they felt as if they totally failed the Lord based on the results of their personal ministries. Some of these precious people were dedicated church attendees and actively shared the gospel and worked in various ministries of the church. Others were committed to full-time ministry and poured themselves into serving the Lord, yet they were depressed over what they considered to be a lack of results. 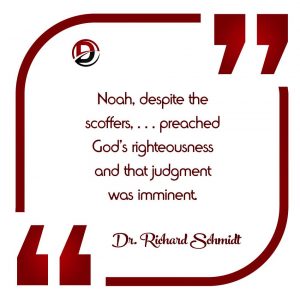 Other Christian servants feel overwhelmed by the demands of the ministry. The pressures come from every possible direction as the adversary seeks to discourage and devour those dedicated to serving the Lord (1 Pet.5:8). Full-time ministry workers are tempted to quit their ministry and do something that is not as mentally and emotionally draining. Church members, at times, are tempted to quit their ministry or church attendance altogether because they have not experienced the type of results they anticipated.

However, just as Noah tenaciously pursued the completion of the ark, so God’s people today must relentlessly pursue the propagation of the gospel and the discipling of God’s people. God used Noah to perform a task to reach only seven people out of the entire world’s population. His results, from a worldly perspective, were horrific. Yet, Noah did exactly what God commanded, resulting in the specific outcome ordained by God.

The universal flood teaches us that God has a sovereign plan that every one of us, as Christians, are called to accomplish. Despite the mocking, scoffing and persecution that are so often present for the “preacher of righteousness,” all of God’s people must remain faithful to the commission to be “ambassadors for Christ” (2 Cor. 5:20). Noah worked, labored and relentlessly toiled for 100 years, under God’s direction, to see seven people besides himself saved, and to preserve a small percentage of the living animals from the catastrophic, universal flood.

Therefore, my beloved brethren, be steadfast, immovable, always abounding in the work of the Lord, knowing that your labor is not in vain in the Lord.