The true church of Jesus Christ is a mystery! It is not an organization but an organism, living and vitally connected to its risen Head, the Lord Jesus. Paul wrote these astounding words in Ephesians 3 to announce that God had revealed a new truth to him:

How that by revelation He made known to me the mystery . . . which in other ages was not made known to the sons of men, as it has now been revealed by the Spirit to His holy apostles and prophets: that the Gentiles should be fellow heirs, of the same body, and partakers of His promise in Christ through the gospel. (Eph. 3:3, 5-6) 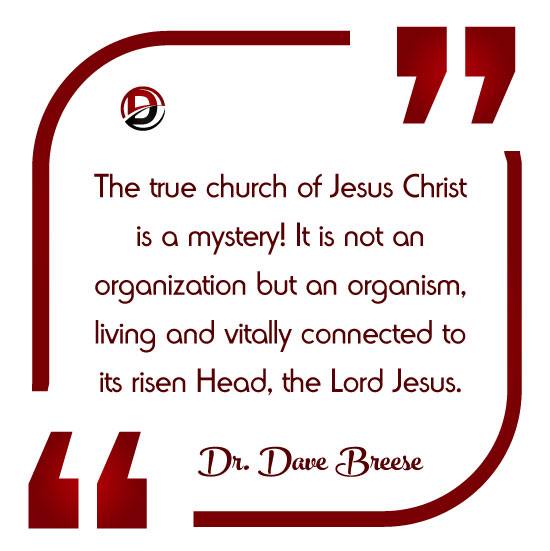 As you peruse the pages of the Old Testament, you will look in vain to find the church. The church was a mystery—concealed in past ages but now 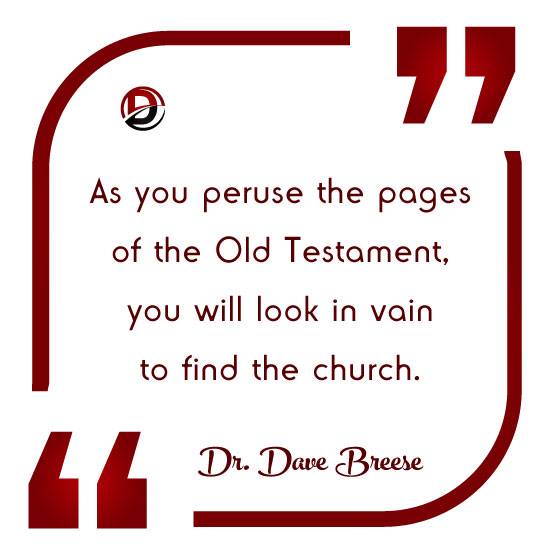 revealed. God has taken Jew and Gentile, and through the death and resurrection of His Son, He has saved them and baptized them in one Spirit into the body of Christ, the church.

In the New Testament sense, a mystery is something that was formerly kept secret but is now made known. The church itself was a mystery revealed unto the apostles. And there is another mystery associated with God’s program for the church that has also been revealed. We read:

Behold, I tell you a mystery: We shall not all sleep, but we shall all be changed—in a moment, in the twinkling of an eye, at the last trumpet. For the trumpet will sound, and the dead will be raised incorruptible, and we shall be changed. (1 Cor. 15:51-52)

Paul had written the church in Corinth to correct a number of problems, such as division, carnality and open sin. Human nature must have reacted much the same then as it does now. No doubt some of the believers were genuinely concerned about the sin, while others showed a sleepy disinterest. Can you imagine what the reaction was in the assembly when this part of the letter from Paul was read? If there had been some dozing saints, this would have awakened them: “Behold, I tell you a mystery: We shall not all sleep.” Something kept secret in past ages was now being revealed through the apostle.

The truth that a time of great judgment will come upon this Earth, climaxed by the return of the Son of God to judge the nations, was no mystery. The Old Testament provides ample proof that these apocalyptic judgments are inevitable. Isaiah wrote:

Come near, ye nations, to hear; and hearken, ye people: let the earth hear, and all that is therein; the world, and all things that come forth of it.
For the indignation of the LORD is upon all nations, and his fury upon all their armies: he hath utterly destroyed them, he hath delivered them to the slaughter. (Isa. 34:1-2, KJV)

Daniel, Joel and Amos are among the prophets who foretold this time of judgment. Zechariah was in agreement when he said:

Behold, the day of the LORD cometh, and thy spoil shall be divided in the midst of thee.
For I will gather all nations against Jerusalem to battle; and the city shall be taken, and the houses rifled, and the women ravished; and half of the city shall go forth into captivity, and the residue of the people shall not be cut off from the city.
Then shall the LORD go forth, and fight against those nations, as when he fought in the day of battle. (Zech. 14:1-3, KJV)