Editor’s Note: Dr. Andy Woods is the author of Dispensational Publishing House’s very first published volume, The Middle East Meltdown. In this two-part blog series, Andy updates some very recent events that show just how relevant and important the information in this book is. We are also working on a teacher’s guide to complement the book. You can watch an interview with Andy from our first-ever DPH Author Hangout, held Tuesday, Aug. 23, 2016, at the bottom of this page.

As we saw at the end of our last article, the recent coup in Turkey seems to have pushed that nation into an even closer relationship with both Russia and Iran. As one article states, “The most significant prospect in the coup aftermath is the possibility of further rapprochement with Russia and Iran to settle regional problems.”[1]

Alliances are definitely tightening between Russia and Iran:

The leaders of Russia, Iran, and Azerbaijan signed a joint declaration on Monday urging stronger global action against “terrorism” and organized crime. Russian President Vladimir Putin, Iranian President Hassan Rouhani and Azerbaijan President Ilham Aliyev met in Baku, Azerbaijan, for a trilateral summit officially aimed at developing economic cooperation. It was the first time the three nations held such a meeting, and the leaders said the new format should help improve ties.[2]

These trends line up with we might expect to find in light of the writings of the prophet Ezekiel:

“Son of man, set your face toward Gog of the land of Magog, the prince of Rosh, Meshech and Tubal, and prophesy against him and say, ‘Thus says the Lord GOD, “Behold, I am against you, O Gog, prince of Rosh, Meshech and Tubal. I will turn you about and put hooks into your jaws, and I will bring you out, and all your army, horses and horsemen, all of them splendidly attired, a great company with buckler and shield, all of them wielding swords; Persia, Ethiopia and Put with them, all of them with shield and helmet; Gomer with all its troops; Beth-togarmah from the remote parts of the north with all its troops—many peoples with you”‘” (Ezek. 38:2-6).

America’s Former Allies
As these nations are becoming increasingly amicable with one another, they are becoming simultaneously and progressively distant from America. Iran was once an ally of America. However, after the Shah was deposed and replaced by the Ayatollah in 1979, the former American alliance with Iran became all but non-existent. As indicated earlier, Iran today instead has a burgeoning relationship with America’s enemy, Russia. In addition, today’s Turkey, while still a member of NATO, seems to have far more in common with Russia and Iran than she does with the United States. 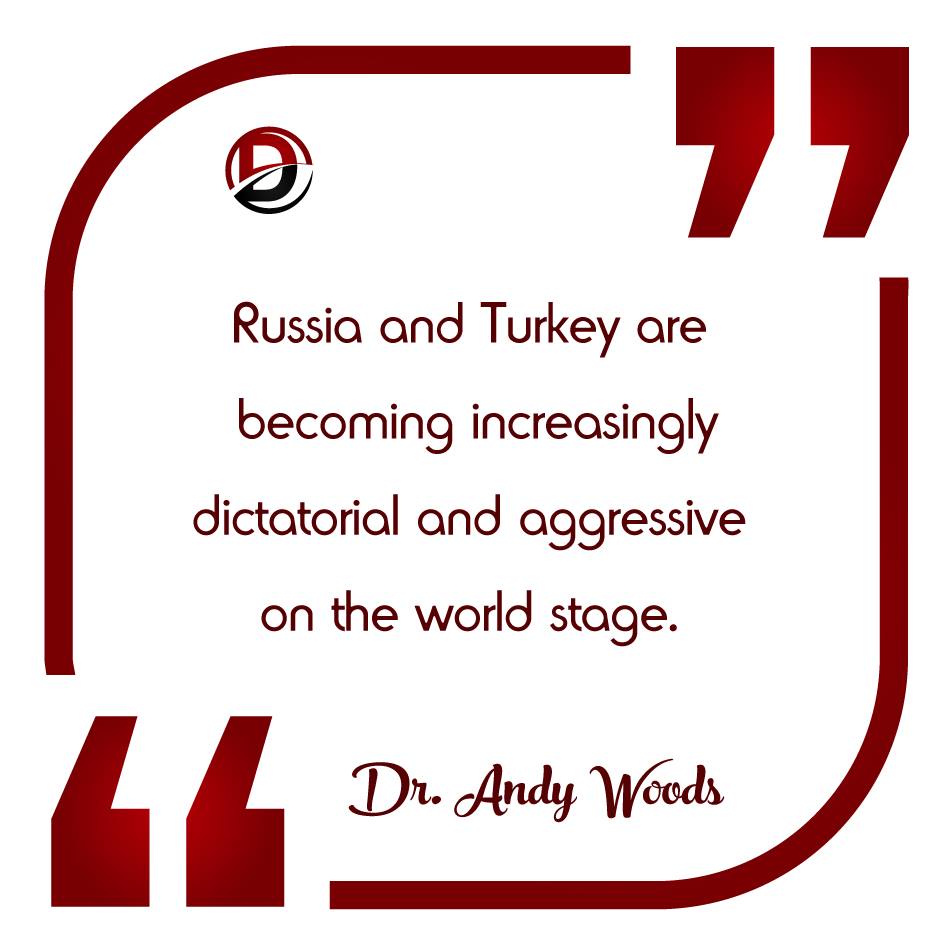 Israel Alone in the World
All of these things are happening as America’s relationship with our former allies in the region is coming under ever-increasing strain. America’s current president, Barack Hussein Obama, is arguably the most anti-Israel president in American history. If you doubt this claim, note Ben Shapiro’s “Complete Timeline of Obama’s Anti-Israel” statements, actions and policies.[3]

Beyond this, prospects for repairing the relationship between America and Israel do not look in any way brighter by the prospect of the Republicans recapturing the White House this coming fall. Recently, Donald Trump claimed neutrality on the subject of America’s relationship with Israel and said that he sees the resolution of the current Arab-Israeli conflict as the ultimate real estate deal.[4] The survival of the tiny nation of Israel in the Middle East, as she is surrounded by a sea of hostile Islamic nations that have repeatedly articulated their ambition to drive her into the Mediterranean Sea, is not in any sense akin to dealmaking concerning building the next hotel or casino. The Middle East is no casual real estate deal. The normal dealmaking strategy does not work in this instance for the simple reason that the Islamic parties are not operating in good faith. Rather, they are determined to parcel off pieces of Israel’s already minute land holding until the nation is reduced to indefensible borders, thereby making the Islamic goal to “wipe Israel off the map” realizable.[5] We need a president who will return to America’s former position of unconditionally standing with the nation of Israel.

Having Eyes to See
Russia and Turkey are becoming increasingly dictatorial and aggressive on the world stage. New alliances are forming between Russia and America’s former allies, Turkey and Iran. The United States no longer seems to be the friend of Israel that she once was. To the untrained eye, these all seem like sporadic, disjointed and random occurrences. Yet, these events are coalescing into the identical pattern that the prophet Ezekiel predicted (Ezek. 38‒39).

This is why I wrote the book published by Dispensational Publishing House entitled, The Middle East Meltdown: The Coming Islamic Invasion of Israel. In this work, I Biblically identify the very geopolitical players spoken of above and demonstrate how their seemingly bizarre and irrational actions are fitting into an identical pattern spoken of by the prophet Ezekiel some 2,600 years ago. I hope that you will obtain and read this important book so that you can gain valuable understanding of a world that, from the human point of view, seems to be spinning wildly out of control.

The book concludes with seven practical applications that assist the Christian regarding how to live and be an effective witness for Christ during these troubled times.

Dr. Andy Woods is a prolific author and speaks nationally on Bible prophecy and related issues. He is senior pastor of Sugar Land Bible Church in Sugar Land, Texas, a full professor at the College of Biblical Studies in Houston and an adjunct professor at Dallas Theological Seminary. We greatly value the opportunity to work with him as a contributing author to Dispensational Publishing House.

Copyright © 2016 by Dr. Andy Woods. Used by permission of the author.