Make Yourself an Ark

Make Yourself an Ark

Our world is becoming more and more violent. Things like mass shootings and terror attacks on our own soil—and ISIS beheadings recorded on video overseas to be intended as a message for us—have now now become commonplace, just a regular part of our everyday experience. Some of these are things which, only 25 years ago, would have seemed unimaginable. Add to them the moral decline in the western world, the deterioration of Christian and moral values and even of common civility, and we find ourselves in a society that is becoming more and more unrecognizable from the one that our forefathers bequeathed to us.

Indeed, the culture is changing quickly—at an ever-escalating speed, and with an intensity that signals grave danger ahead.

Yet we who are children of God and understand the nature of His prophetic Word do not need to be alarmed at all. In fact, we should not even be surprised. The Lord Jesus admonishes us in Matthew 16:3 regarding our need to “discern the signs of the times.”

In Matthew 24:37-39 and Luke 17:26-27, we find that conditions on earth before His return will become more and more like they were “in the days of Noah.” We are studying those times (beginning in Genesis 5) to find answers that will encourage us to live in our day. We are also learning about the Biblical ark so that we can answer those who ask us about the Ark Encounter—the life-size reconstruction of Noah’s ark (“the largest timber frame structure in the world”[1]) which Answers in Genesis has built in Williamstown, Ky.

Genesis 6:11-13 sets the context for our thoughts in this installment: 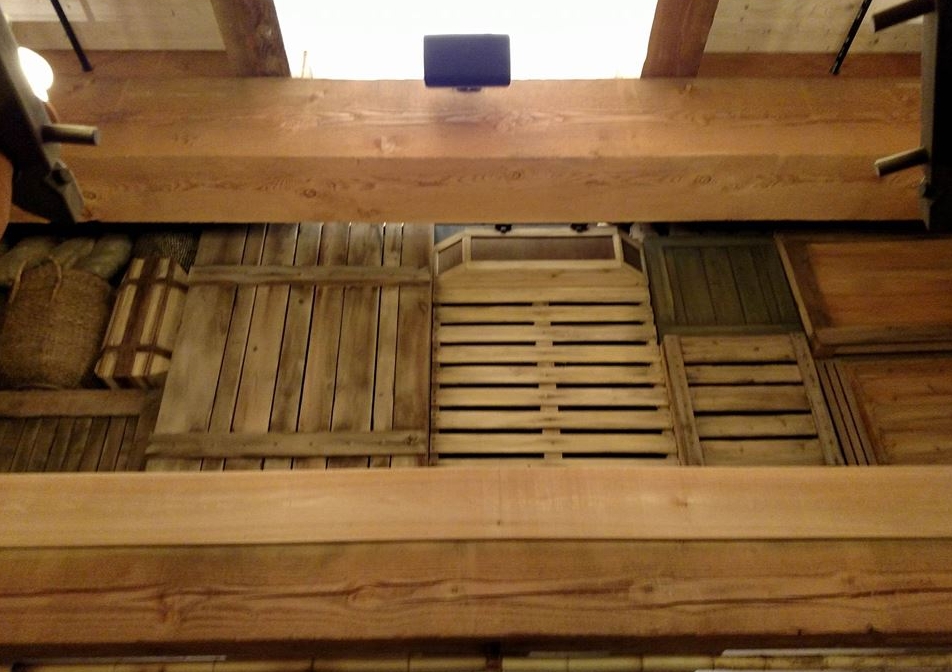 We saw last time why there would be violent people. It was the result of unbridled depravity fueled by demonic activity in the long, healthy lives of people who were not as susceptible to the accumulated effects of the curse as we are today.

Yet, in another sense, there was what Dr. John Whitcomb describes as “the initial intensity of the Edenic curse”[2] which affected both man and beast and caused tremendous danger and suffering.

In preparation for a flood that would completely reset the operation of this fallen world, God commanded Noah to build an ark, telling him: “Make yourself an ark of gopherwood” (Gen. 6:14). Let us consider some of the major themes regarding that ark and the creatures that inhabited it for a year.

The Size of the Ark
Using the Hebrew long cubit of 20.4 inches, the Ark Encounter has determined that the dimensions of the art were 510 feet by 85 feet by 51 feet.

The Ark had the same storage capacity as about 500 standard semi-trailers. A standard livestock trailer holds about 250 sheep, so the Ark had the capacity to hold at least 120,000 sheep.[3]

The Number of Animals
God commanded Noah regarding the animals in Genesis 6:19-20:

According to Ken Ham, an animal kind would normally be the equivalent of the family level in scientific terms.[4] Thus, Noah only needed to bring two dogs with him on the ark, along with two cats, etc.

This was not true for all kinds, however. Note Genesis 7:2-3: 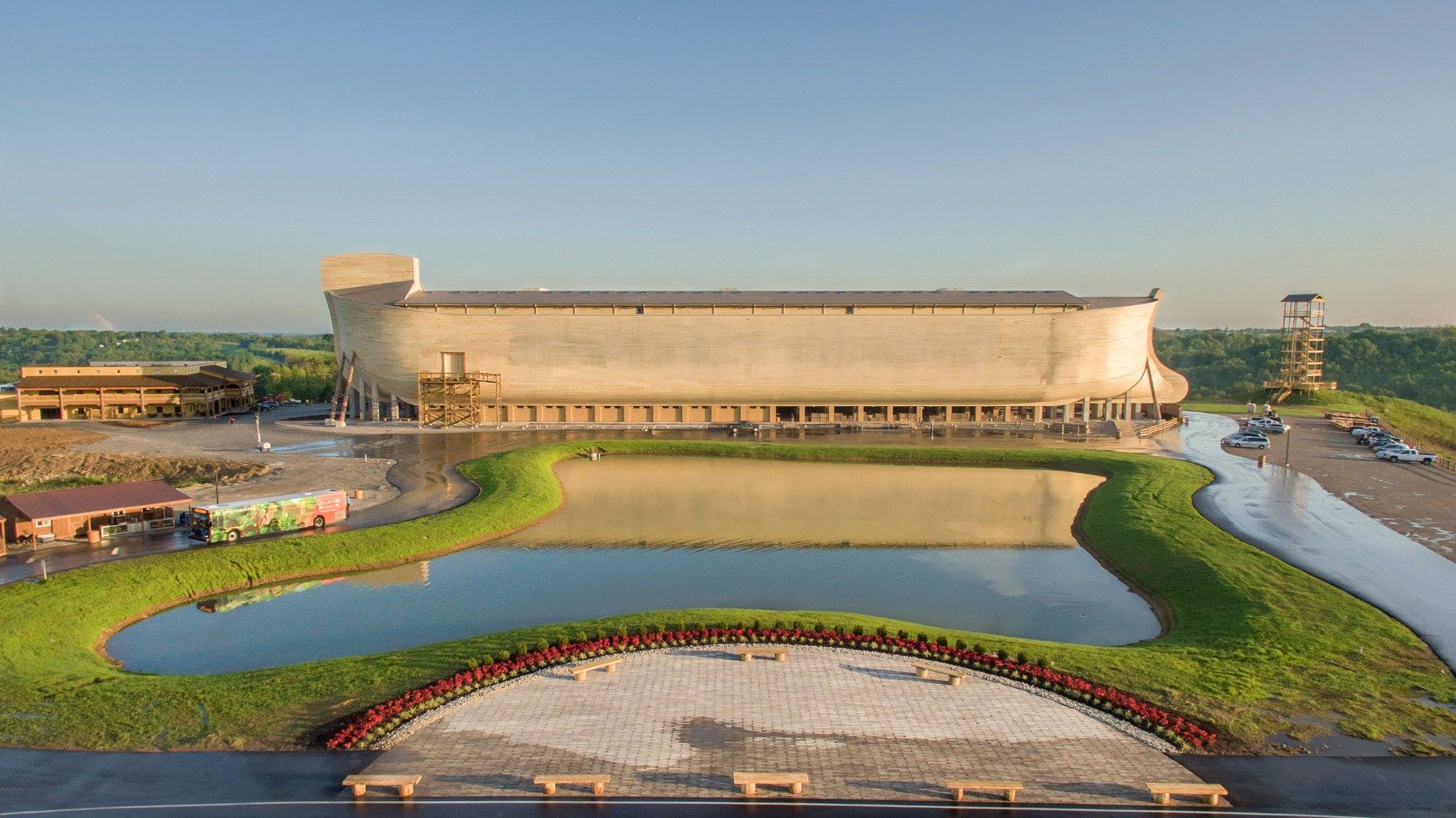 The English Standard Version actually interprets the number to be “seven pairs of all clean animals” rather than seven clean animals in total. The New American Standard Bible is ambiguous on the issue, stating: “You shall take with you of every clean animal by sevens, a male and his female.” The translation offered by the New King James Version, however, appears to represent the most common understanding of the issue.

Being generous, the Ark Encounter is allowing for Noah to have taken 1,700 kinds of animals on the ark. Of course, this would include some kinds that have gone extinct since the flood.

Creation scientist John Woodmorappe appears to come close to agreeing with this number when he places the total number of animals on the ark “at approximately 16,000.”[5]

Some creation scientists would dispute that figure, believing the number of kinds of animals would have to be significantly higher. Dr. Daniel Criswell writes on the assumption that “the Ark had roughly 30,000 animals (less than 15,000 species or different kinds).”[6] Even at that level, however, there would have been ample room on the ark for the required animals.

The Ark itself was huge! With gross dimensions of about 450 feet by 75 feet by 45 feet, its volume was easily able to house two (or in some cases seven) of each land species, let alone kinds.[7]

The Size of the Animals
Still, what about the animals the size of elephants, rhinoceroses—or even dinosaurs? Would not just one of each fill all three floors of the ark?

Of course, no one said that Noah took the biggest, tallest, heaviest, oldest adult versions of these kinds of animals. He could have taken young adults or even infants.

We will begin next time by thinking about how Noah took them on the ark at all.

Editor’s Note: You will find more from Scharf on this subject in the following installment of “Ask the Theologian”:

[2] This is a handwritten quotation from Dr. Whitcomb, as recorded in my study Bible.

[6] Daniel Criswell, “Speciation and the Animals on the Ark,” <http://www.icr.org/article/speciation-animals-ark/>; Internet; accessed 23 July 2016.

Photo within the article (at top) is by Paul J. Scharf