The purpose of this series is to consider the difference between dispensational and covenantal theology. Having examined the basic elements of “Covenantal Thought” last time, we turn our attention in this installment to the first and second of four different “Issues of Contention.” These are ecclesiology and eschatology.

The distinction between these two schools of thought centers on ecclesiology, eschatology, soteriology and hermeneutics. 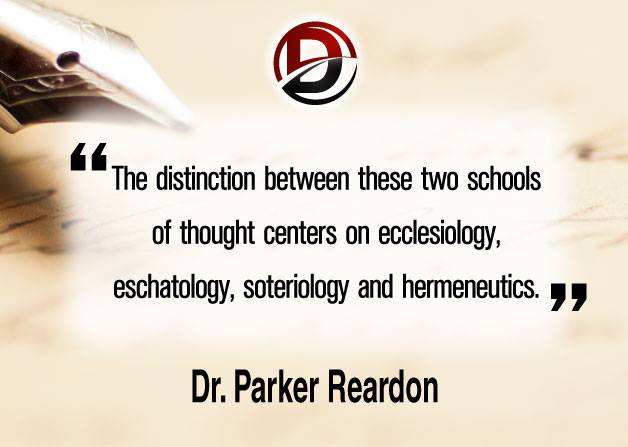 Some covenantalists would see the church in the Old Testament and base it on faulty word study.[1] Insert here in your thinking the whole discussion of supercessionism and the church replacing Israel.[2] The scope of this introductory article does not allow for a fuller treatment of this aspect. Suffice it to say that the church did not begin until Pentecost (Acts 2), after the life, death, resurrection and ascension of the Lord Jesus Christ. There was no outpouring of the Holy Spirit in the Old Testament before Jesus Christ, though the Holy Spirit was active.

The baptism of the Holy Spirit could not begin until after the resurrection and ascension of Christ, and OT saints did not experience the baptizing work of the Spirit, even those alive during the earthly ministry of Christ. . . . Baptism of the Spirit into the body is unique to the church age. The truth of the Jew and Gentile placed together into one body was a mystery that Paul developed for the first time.[3]

Paul did not mince words when he declared the uniqueness of the church in this age (dispensation). It was a mystery, a truth not revealed in the Old Testament.[4] 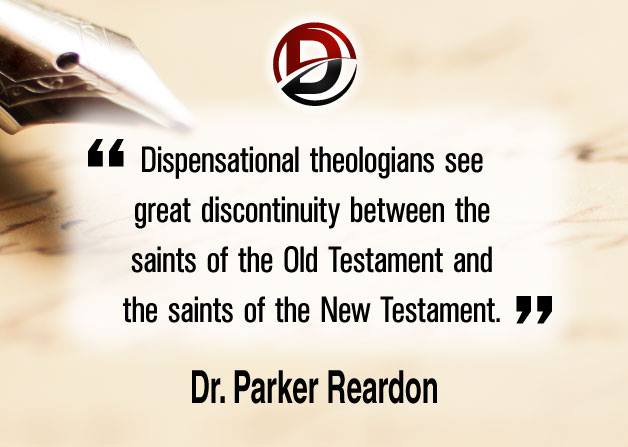 Mystery is the central theological concept to grasp in Paul’s presentation of the stewardship that had been entrusted to him. He was commissioned by God to reveal the sacred secret that had been maintained throughout the whole Old Testament but had now been revealed in Christ through Paul (Eph. 3:1-13). The term occurs three times in this crucial passage (vv. 3, 4, 9).

Though there is much in the Old Testament in seed form, in the progress of revelation it does not get fleshed out until the New Testament.  Paul acknowledges in verse 2 that he is the administrator of such mystery. He did not seek it out but was Divinely commissioned.

Previous generations were unaware of God’s plan for uniting Jew and Gentile “in one body” (Eph. 2:16)—the church (Eph. 3:5-6). Though God promised universal blessing through Abraham (Gen. 12:3) to Jew and Gentile, neither group fully understood nor anticipated the extent of what God would accomplish through the Messiah. Not even the greatest prophet understood that within the church, composed of all the redeemed since Pentecost into one body, there would be no racial, social or spiritual distinctions.

Along with this doctrinal heading of the church, there is also the issue of infant baptism.

Though covenantalists do not view this baptism as salvific, they do view these children as being baptized into the covenant. Yet, everywhere in Scripture, believers’ baptism is vitally connected to faith and believing in Christ. There appears to be an unwritten assumption of the children of covenantal parents being regenerate, unless showing evidence to the contrary. Yet a vital component in instructing children is that the adult teachers and parents take the position of evangelizing children until they see fruit of regeneration in the lives of young people.[5] Louis Berkhof, himself an advocate of paedobaptism, admitted that the Baptists believe that only believers in Christ are entitled to baptism—and only those who give credible evidence of faith in Christ.[6] 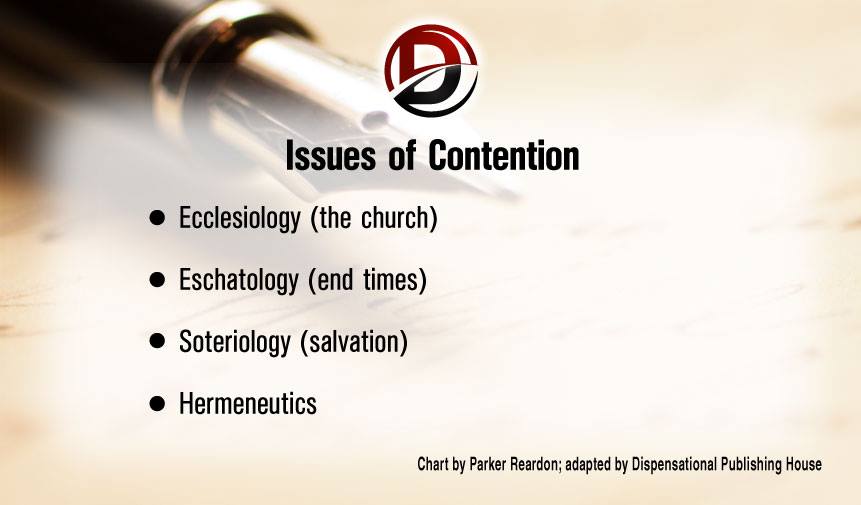 Another doctrinal difference is in eschatology (the study of the end times). Whereas amillennialism does not take literally the 1,000-year millennial reign of Jesus Christ on earth, futuristic premillennialism sees a future for national Israel in fulfillment to Old Testament prophecy. God has not done away with the promises He gave to Israel. In spite of her disobedience, His promises are unconditional. Physical and spiritual promises made to Israel will all be fulfilled with Israel.

Though the church experiences some blessing from the Abrahamic and new covenants, those promises are not fulfilled in or replaced by the church. God’s promises are inseparably bound up in His character, so God must eventually fulfill any unfulfilled promises in the future.

Copyright © 2017 by Dr. Parker Reardon. Used by permission of the author.

[1] Iain Duguid, “The Church and Israel in the Old Testament,” <http://www.ligonier.org/learn/articles/the-church-and-israel-in-the-old-testament/>; Internet; accessed 13 April 2016. Duguid bases his argument on the term for community (qahal), which the Greek translation of the OT often renders with the term ekklesia (from which we derive the translation “church”). Recall to mind the fallacies that can come from word studies that are not anchored in authorial intent. The term ekklesia is not a religious term and is translated church when context of usage justifies it.

[2] See Michael Vlach’s fine treatment of this issue in Has the Church Replaced Israel? (Nashville: B & H Publishing Group, 2010).

[4] “A mystery was something that had previously not been understood until the appointed time. In the NT, the word connotes a secret of the OT that had now become known in the progress of revelation. It is not something that is a puzzle, but something previously only known by God Himself until, at His appointed time, He chose to reveal it. A passage like Ephesians 3:4-10 demonstrates that Gentiles, being fellow heirs with the Jews in one body, the Church, was a mystery unknown in the OT, but revealed in the NT.” Parker Reardon, “Exposition of The Kingdom Parables of Jesus Christ in Matthew 13,” Doctoral Dissertation, May 2012, pp. 16-17.