In this installment we begin to study The Saving Flood from Genesis 6-9.

Why did God send such a drastic flood to destroy all life that was not taken on the ark? We will be seeking the answer to that question, as well as others.

Of course, Noah is the key human figure in these events. In this series we will see the instruction that he was given and consider how he was obedient to it. But we will also look at other issues, such as how the animals fit on the ark, and whether or not dinosaurs were taken on the ark.

Our focus, however, will be on the theological issues related to the ark and the flood. You see, what happened here is not that God got so fed up with people that He decided to wipe them out—and might do something similar to us! There is much more to it than that, and it goes much deeper than that.

We pick up the story in Genesis 5:18-24 with Noah’s great-grandfather Enoch, who did not die. We often forget that he lived 365 years—a number that may be significant, as we shall see later. He was translated, or raptured, and was a prophet of righteousness according to Jude 14-15. 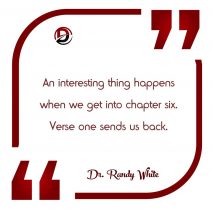 We can only speculate as to the reason that Enoch did not die. But here is one possible reason. At the end of time, there will be two witnesses who will come on the scene during the second half of the tribulation (although that timing is open to debate). Since Enoch (as opposed to, for instance, David, “a man after [God’s] own heart” [1 Sam. 13:14; cf. Acts 13:22]) did not die, it is possible that he and Elijah (cf. Mal. 4:5) might be the two witnesses. Yet we also know from Jude that Michael and Satan fought over Moses‘ body (cf. Jude 9)—and it could be that there is a purpose for that body in the future. We are intrigued by the idea that any two of these three may well turn out to be the two witnesses.

There is also an apocryphal Book of Enoch, which Jude quoted, that gives us many details about the flood that was still future in Enoch’s day. We do not know for sure that Enoch wrote this book, and it is certainly not part of the inspired Scriptures, but it is an interesting book to read and does not contain anti-Biblical teaching, as some apocryphal books do. Yet apparently Jude’s quotation is the only aspect of this writing that God desired to preserve forever as inspired Scripture. Enoch is surely a very interesting man!

Enoch’s son Methuselah is the man with the oldest recorded lifespan—969 years—in all of the Bible. Enoch, being a prophet, prophesied even in the act of naming his son, for Methuselah’s name means, “After him, judgment comes” (or, “After him, the arrow arrives”). The year of Methuselah’s death was the year that the flood was sent. This does not mean that he died in the flood, and we must not assume that he did.

But we also see God’s grace revealed in this prophecy in a most interesting way. The man whose lifespan represents the coming judgment is the longest living man to ever walk upon the earth! In other words, God was very slow to send such judgment.

Methuselah had a son named Lamech. This is not the fifth in line from Cain, a very evil man (cf. Gen. 4:23-24). This man named Lamech appears in Genesis 5:26 and became the father of Noah.

In the birth of his son Noah (Gen. 5:29), we see clearly that Lamech was holding on to the promise of Genesis 3:15. This is evident by the name that he gave him. Unlike Enoch when he named Methuselah, Lamech did not use a name that represents the threat of coming judgment, but rather it shows the hope of the coming Redeemer. In Genesis 5:29, he promises that his son would provide comfort in a cursed world. Note the contrast of Lamech’s prophecy with Genesis 3:17-19:

Then to Adam He said, “Because you have listened to the voice of your wife, and have eaten from the tree about which I commanded you, saying, ‘You shall not eat from it’;
Cursed is the ground because of you;
In toil you will eat of it
All the days of your life.
“Both thorns and thistles it shall grow for you;
And you will eat the plants of the field;
By the sweat of your face
You will eat bread,
Till you return to the ground,
Because from it you were taken;
For you are dust,
And to dust you shall return” (NASB).

Lamech knew that God had cursed the ground, but he also knew that one day a Redeemer would come to this Earth. Perhaps he expected that his own son would fulfill this role, so he gave him a name that means either “comfort” or “rest.” 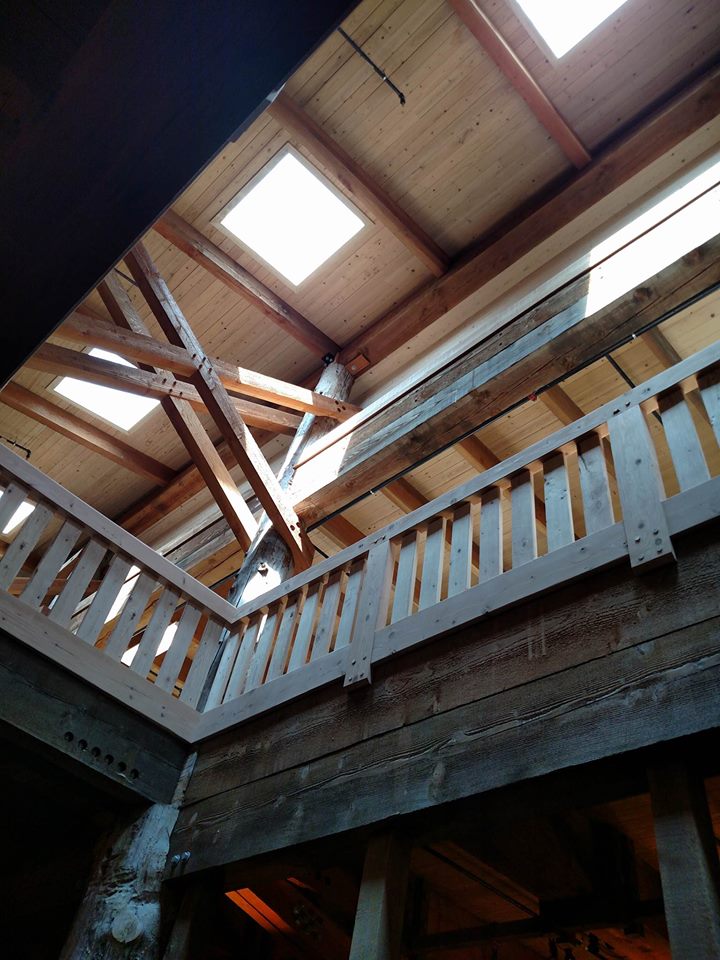 To sum up, God was going to judge the world, as seen in Enoch’s prophecy. Lamech surely knew about this and therefore could have named his son, “The one who will die in the flood.” But he did not do so. He named him, “Comfort” or “Rest.” This certainly implied hope for the future.

All of this is the introduction to our study of Noah and the flood.

But an interesting thing happens when we get into chapter six. Verse one sends us back. We go all the way back to Adam and rehearse the history of the world in a different way. We know this because—after a chapter of genealogies (Gen. 5)—it is already evident that men multiplied and had daughters from the very beginning of history.

So now a long-standing problem was about to be dealt with.

And it came to pass, when men began to multiply on the face of the earth, and daughters were born unto them, That the sons of God saw the daughters of men that they were fair; and they took them wives of all which they chose.

Here we have a very interesting set of verses that requires us to ask some questions. Who are these sons of God? Who are these daughters of men? And what does any of this have to do with this account of the flood?

And the LORD said, My spirit shall not always strive with man, for that he also is flesh: yet his days shall be an hundred and twenty years.

What is going on here? Why did God say this at this point?

We must remember the rules for properly interpreting the Bible. We must not disconnect verse 2 from verse 3, but rather understand that they are informing us regarding that which moved God to give a very long—yet nevertheless final—warning to mankind.

And we cannot ignore verses 1 and 2 as we wrestle with the meaning of this text!

Now, it is not unusual for young men to find young women to be beautiful and to take wives for themselves. This is normal and natural behavior. So what does this activity have to do with the coming judgment of the flood?

But the problem with that view is that the sons of Seth have already been shown to be evil in Genesis 5. Why would Moses suddenly refer to them now as the sons of God?

And would the marriage of good men to evil women really result in the things that we see later in this chapter?

That is where we will begin again next time.