‘Future Babylon’ on ‘The Land and the Book’

‘Future Babylon’ on ‘The Land and the Book’

Editor’s Note: Dr. Charles Dyer is the author of a brand new book from Dispensational Publishing House called, Future Babylon: The Biblical Arguments for the Rebuilding of Babylon. On March 18, 2017, Dr. Dyer was gracious enough to use his program on Moody Radio, The Land and the Book, to talk about the contents of this book. This was very kind of Dr. Dyer, and the program is very informative—and those are two concepts that describe our friend Dr. Dyer perfectly. We invite you to listen as host and producer Jon Gauger interviews Dr. Dyer regarding Future Babylon. 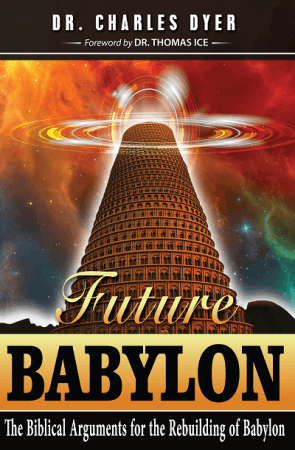 And Babylon, the beauty of kingdoms, the glory of the Chaldeans’ pride,
Will be as when God overthrew Sodom and Gomorrah.
It will never be inhabited or lived in from generation to generation;
Nor will the Arab pitch his tent there,
Nor will shepherds make their flocks lie down there.
But desert creatures will lie down there,
And their houses will be full of owls;
Ostriches also will live there, and shaggy goats will frolic there.
Hyenas will howl in their fortified towers
And jackals in their luxurious palaces.
Her fateful time also will soon come
And her days will not be prolonged. (Isa. 13:19-22)

We encourage you to take your Bible and follow carefully as you listen and learn about “Babylon”:

“Babylon” on The Land and the Book

I got interested in Babylon when I wrote a paper on the subject for a senior class on eschatology way back in 1974. The subject fascinated me, and the “usual interpretation” of Babylon just did not seem to match what the Bible said. I did not do anything more with the subject until it came time to write a thesis for my master of theology degree at Dallas Seminary. I circled back to the subject and came to the conclusions that I still hold today. 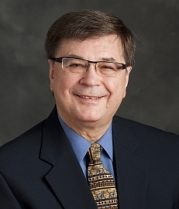 The year I completed my thesis (1979) was the same year Saddam Hussein took control in Iraq. The next year he began rebuilding parts of the city of Babylon. And in 1987 he decided to hold the first ever “Babylon Festival” to connect his name, legacy and goals with those of ancient Nebuchadnezzar. I had the privilege of attending that event, and the festival held the next year. Those two trips helped me understand how Hussein was using his reconstruction to unite Iraqis against their two historic enemies—Israel and Iran.

Since those trips, I have wanted people to understand the importance of Babylon from a Biblical perspective. I also wanted them to understand how to navigate the complex issues of reconciling Bible prophecy with current events. (And being sure to view current events in light of the Bible . . . rather than the other way around!)

Having written “Future Babylon,” I wanted our radio audience to know about the book. I also wanted them to understand the important role Babylon plays in the Bible. Babylon is the city mentioned second most often in the Bible. And, along with Jerusalem, it is the only city that can trace its way through the Bible from Genesis to Revelation. Truly the Bible is the original “Tale of Two Cities.” And by tracing this thread through history and prophecy we can understand in greater detail God’s program for the future.

Dispensational Publishing House wishes to thank Moody Radio and The Land and the Book for their promotion of Future Babylon: The Biblical Arguments for the Rebuilding of Babylon and for their cooperation in allowing us to bring you this special blog.

“An Interview on Bible Prophecy with Dr. Charles Dyer”

Dr. Charles Dyer is the leading expert in the evangelical world on the subject of Babylon. He served as provost and dean of education at Moody Bible Institute before becoming professor-at-large of Bible at Moody and host of The Land and the Book radio program. Prior to his ministry at Moody, Dr. Dyer served for 20 years in multiple administrative and faculty roles at Dallas Theological Seminary, ultimately holding the position of executive vice president under Chuck Swindoll. Dr. Dyer currently resides in Sun City, Ariz., where he is associate pastor of Grace Bible Church. We are thrilled to count him among our authors at Dispensational Publishing House.