Enthusiasm for the Role of the Chaplain

Enthusiasm for the Role of the Chaplain

One of the reasons that I am currently ministering in Taos, N.M., is that I do not desire to be the CEO of a church, managing many different ministries and committees. The way to keep a pastor from becoming a CEO is to allow parachurch organizations to do ministry. They can do that ministry, and do it well! And those ministries will not have to be overseen or funded by the local church.

My favorite example of a parachurch ministry is The Gideons International. They have literally placed Bibles all over the world. If a church or a denomination attempted to do this, I am convinced that they could not do it. They would committee it to death. They would have three years of study. They would fight over which Bible version to use. It just would not get done!

Yet the Gideons do a wonderful job. And every Gideon pays his own expenses. What a wonderful parachurch ministry!

Now, to make my point further, if you have traveled to Europe and seen its great cathedrals, you have noticed that these large churches had nothing but big auditoriums. This principle also holds true in all the little churches that dot the countryside of America. All they had were auditoriums.

Why is that? Because prior to World War II, the only things churches ever had were pastors and auditoriums. What churches did was come together for preaching on Sunday mornings. So does that mean that there was no ministry occurring during the weeks between Sundays? No, in fact individual Christians and parachurch organizations were doing great works of ministry during that time. Many benevolent and humanitarian organizations had their origins in that period before World War II—before the church decided it had to do everything by itself. Now, some of those organizations have since lost their way theologically, but they were started by Christians who went to their churches on Sundays, heard the sermons and then went out to put feet to what they had heard.

Chaplains can likewise get ministry done without going through a church committee. They need training in how to help people, they need to be faithful in a local church where they can receive good Bible teaching and then they can go out and do it! Chaplains are not the church, but serve the Lord through a parachurch ministry.

I am convinced that there is a role for the church, and I think that it is in teaching the Bible. But there is also a role for the Christian who is a member of the church who wants to go out and carry out his or her own ministry. In fact, I love it when our church members go out and volunteer in all the good organizations in our town. It is a wonderful way to get involved in the ministry. 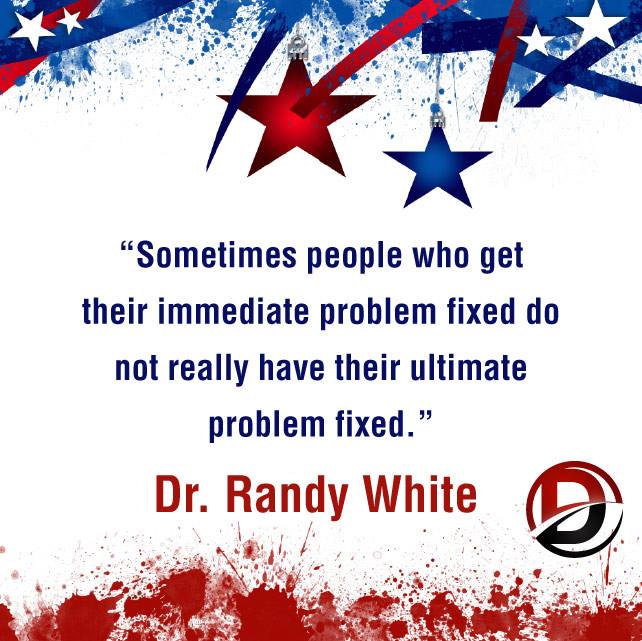 A Demonstration of Human Need

After this there was a feast of the Jews; and Jesus went up to Jerusalem.
Now there is at Jerusalem by the sheep market a pool, which is called in the Hebrew tongue Bethesda, having five porches.
In these lay a great multitude of impotent folk, of blind, halt, withered, waiting for the moving of the water.
For an angel went down at a certain season into the pool, and troubled the water: whosoever then first after the troubling of the water stepped in was made whole of whatsoever disease he had.
And a certain man was there, which had an infirmity thirty and eight years.
When Jesus saw him lie, and knew that he had been now a long time in that case, he saith unto him, Wilt thou be made whole?
The impotent man answered him, Sir, I have no man, when the water is troubled, to put me into the pool: but while I am coming, another steppeth down before me.
Jesus saith unto him, Rise, take up thy bed, and walk.
And immediately the man was made whole, and took up his bed, and walked: and on the same day was the sabbath.
The Jews therefore said unto him that was cured, It is the sabbath day: it is not lawful for thee to carry thy bed.
He answered them, He that made me whole, the same said unto me, Take up thy bed, and walk.
Then asked they him, What man is that which said unto thee, Take up thy bed, and walk?
And he that was healed wist not who it was: for Jesus had conveyed himself away, a multitude being in that place.
Afterward Jesus findeth him in the temple, and said unto him, Behold, thou art made whole: sin no more, lest a worse thing come unto thee.
The man departed, and told the Jews that it was Jesus, which had made him whole.
And therefore did the Jews persecute Jesus, and sought to slay him, because he had done these things on the sabbath day.

The man in this account is suffering in a long-term crisis and had no one who could help him. He is speaking from his experience of hurt. Now, he is complaining a little bit—and that is what you will hear as chaplains sometimes, because people are hurting.

Jesus healed this man, and the man got up—but in so doing broke rabbinical law. When he was confronted, he did not align with Jesus at all—unlike the blind man in John 9, who stated there in verse 25:

Whether he be a sinner or no, I know not: one thing I know, that, whereas I was blind, now I see.

That man was owning the fact that Jesus helped him! This man, in John 5, seems to be looking to escape the blame that some of the Jews were casting toward him.

Notice that Jesus wants to give this man one more message in John 5:14:

Behold, thou art made whole: sin no more, lest a worse thing come unto thee.

I think that Jesus is warning this man that there is worse trouble ahead—in eternity—even though He had fixed this immediate problem of 38 years. 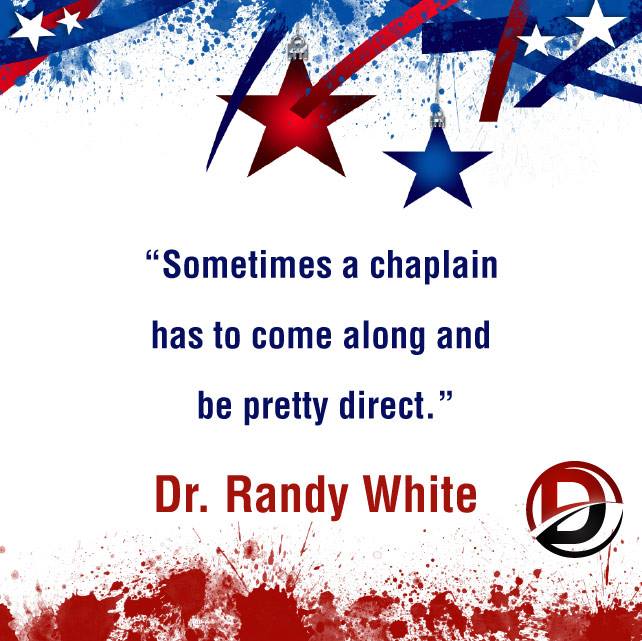 After all, how long will any person walk? No more than 100 years. And then there is eternity, which will last more than 38 years. There could be a worse thing that will happen to you than a physical problem—even one that hinders you from walking in this life.

That is not the message for the chaplain to start out with. You may well want to start out by helping with the physical need, just as Jesus did in this account.

There is a time to help people be physically whole, but there also has to be a time to come back and say, “We need to go further. There is another step. We have to go beyond. The ultimate healing is in Jesus Christ the Saviour.”

If we only help people through their physical crises, then we really have not done our jobs as Christian chaplains. You are not merely a caregiver—you chose to be a Christian chaplain. And that involves giving out the Christian message, which centers around the fact that we have someone who took our sins and paid for them in full upon the cross.

He is the propitiation for our sins: and not for ours only, but also for the sins of the whole world.

In light of that fact, we also understand this truth:

Yet the Apostle Paul asks:

You as chaplains are sent! Almost all the time, the immediate need to which you are sent is a physical, human need, but the ultimate needs are spiritual and eternal.

God bless you chaplains as you go out on the front lines and carry out your ministries!

I pray that as you are on the front lines you will be a blessing to the Lord, especially, as you are serving Him, and that you will be a great encouragement to the people in their moments of crisis and their moments of need. You will literally save lives, families and marriages. And very rarely is anyone going to say, “Thank you.” Most often, they are going to do nothing. Most often, they are not even going to know about it. 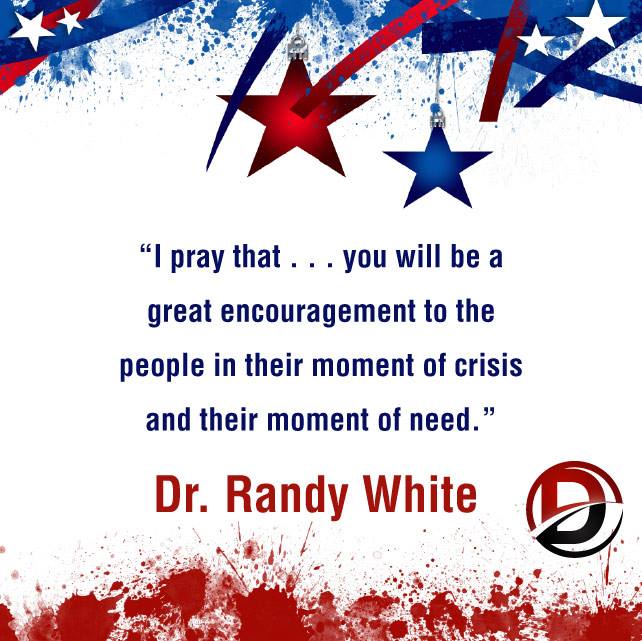 But you are in this work because you believe that you can help someone be made whole physically and mentally, and that then you can share with them the Savior who can make them whole eternally.

What a blessing, and what an opportunity you have to do that! You have so many witnessing and ministry opportunities that you ought to thank the Lord for this privilege that is yours.

And it is yours because you chose to make it yours. You decided that you wanted to get out of the pew and assist other people—with God’s help. Thank you for doing that, and may the Lord bless you for it.

Editor’s Note: This blog was compiled with the assistance of Paul J. Scharf,
editor in chief of Dispensational Publishing House,
and is taken from the video that you can watch in its entirety below.
This message was delivered by Dr. White at the First Baptist Church of Taos, N.M.,
to a training meeting of the International Fellowship of Chaplains.