“Dunkirk” and “The Darkest Hour” Film Reviews by William Watson

“Dunkirk” and “The Darkest Hour” Film Reviews by William Watson 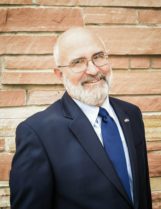 “Dunkirk” tells the story in graphic detail of the experience of the common soldier in the 1940 evacuation of the British Army from the north of France as the Nazi Blitzkrieg overwhelmed Europe. “The Darkest Hour” explains the same event, but from the perspective of Winston Churchill and the British government.

The biggest treat coming to your theaters this year are two historical films both on an event that took place on both sides of the English Channel in May of 1940. Each centered on the evacuation of the British army from Dunkirk as the Nazi steamroller swept across Belgium and France.

The film “Dunkirk” kept its audience constantly in suspense as it wove together the experiences of British troops trapped on the north shore of France about to be annihilated or captured with RAF fighter pilots trying to limit the destruction of those stranded troops by the Luftwaffe, as well as civilian owners of small boats along the south coast of England crossing the channel to rescue the British Army. The film focused on one British private trying to make it on any vessel he could to return to England. Each time his boat was hit by German fire and destroyed. First, he tried to sneak unsuccessfully on a hospital ship, which was then sunk by German dive-bombers, then he successfully boards a British destroyer only to have it sunk by a torpedo from a U-boat. He then makes his way back to shore hiding in a beached trawler, until the tide rises and it begins to float until shot through with holes by German machine gun fire. As the boat sinks he swims toward another destroyer, which is also sunk by a German bomber. He is finally picked up by a small craft operated by an English civilian and his son, who were bravely trying to rescue the troops. An RAF fighter pilot, played by Kenneth Branagh, saved the small boat from another German plane before his fuel ran out and he glided to the beach to become a prisoner of war. The Private finally made it safely to England due to the bravery of the small boat owner and the pilot.

Many see God’s hand in rescuing the British Army at Dunkirk. As it seemed all was lost, King George VI called for a National Day of Prayer. Hours later without explanation and against the advice of his general staff Hitler stopped the German advance. German tanks were unable to advance due to the marshy ground near Dunkirk. The following day a massive storm hit the coast of Belgium and France grounding the Luftwaffe. In spite of that storm, the English Channel became as still as glass, allowing small craft to participate in the rescue. A week later the king called for a National Day of Thanksgiving for their prayers being answered.
There has been some criticism of “Dunkirk” being too white and too male, but the British Army (at least at Dunkirk) was overwhelmingly white and male and (as an historian) I must insist upon historical accuracy. One could fault the film for giving too much credit to small craft, since the overwhelming share of soldiers were evacuated by naval vessels. However, the bravery shown by those in boats and fighter planes, and even the self-sacrifice of those holding back the German advance toward the beaches and port of Dunkirk, was admirable. In each case bravery was evident, but the characters were not well-developed, nor was there the intellectual depth in “Dunkirk” as there was in “The Darkest Hour.”

“The Darkest Hour” showed the other side of the war, focusing on the political struggles of Winston Churchill and his war cabinet in the midst of this crisis. Chamberlain’s attempts to appease Hitler continued until the Nazi invasion of Poland in September 1939, which resulted months later in the collapse of his government. As Churchill assumed the role of prime minister, the Nazis advanced through Belgium and France. Most Conservative MPs and the king did not want Churchill as prime minister, but other Tory back-benchers, Labor and the Liberals would not accept the status quo, so Winston Churchill assumed leadership of the new government of national unity. As the British army was facing catastrophe in France, Churchill’s war cabinet, especially former Prime Minister Chamberlain and Foreign Secretary Halifax, were advising that Britain seek a peace agreement with Hitler, allowing the Nazi takeover of the European continent. They saw it as the only way to save the lives of what remained of the British army on the continent. Had Churchill not been prime minister or had he caved to pressure by Chamberlain and Halifax to accept an armistice, the Nazis would have most likely won the war and the world would be quite different today.

There was a bit of artistic license exercised in what became the climax of “The Darkest Hour.” Without any historical evidence for such an event, the film shows Churchill vacillating on his resolve to continue fighting and instead yield to the pressure of accepting German terms for peace. While in route to parliament he broke away from his chauffeur and traveled on the underground, asking common folk what he should do. They unanimously said to fight and never surrender. This supposed event then motivated Churchill to give his rousing speech that Britain would never surrender: “Victory at all costs, victory in spite of all terror, victory, however long and hard the road may be; for without victory there is no survival.” The film does highlight Churchill’s ability to formulate and give a rousing speech, which would motivate a nation to continue the fight. Hitler had bragged that he destroyed the British army, and believed they would not recover to fight again, but 85% were successfully evacuated to later return to fight in North Africa and on D-Day. Hitler had also hoped that Churchill would not become the prime minister, because until then he encountered mostly appeasement from the British government.

“Dunkirk” should win the award for Best Cinematography and Gary Oldman’s performance as Winston Churchill in “The Darkest Hour” should ensure his award as top actor at the Oscars. Unfortunately, neither film is likely to sweep the Oscars, because they don’t promote the current narrative by Hollywood elites, but neither film actually comes out of Hollywood since the producer, director, and most actors were British. One could hope that Hollywood follows the British example and returns to producing quality films.

Dr. William Watson has been a professor at Colorado Christian University for over twenty years and specializes in British history. Dr. Watson is the author of the book Dispensationalism Before Darby.