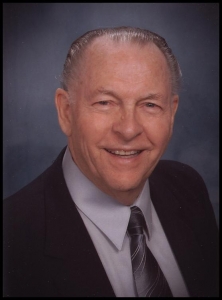 In the 14th century A.D., William of Occam, an Oxford philosopher, enunciated a principle that has been effectively used (but also misused) in the history of science:

Explanations must not be unnecessarily multiplied.

This principle became known as “Occam’s Razor,” for it encouraged people to slash through unnecessarily complicated philosophical and scientific theories. An outstanding example of its valid application was Ptolemaic astronomy. In the second century A.D., the last great astronomer of ancient times, Claudius Ptolemaeus of Alexandria, devised a fantastically complex mathematical system to explain the movements of astronomic bodies in harmony with his assumption that they all revolved around the earth. In the 16th century A.D., however, Copernicus succeeded in explaining these movements of the sun, moon and stars in a vastly simpler way, assuming the sun, not the earth, to be the center of the system. Although it was difficult mathematically to prove which system was superior, the theories of Copernicus (with Kepler and Galileo) prevailed because of their relative simplicity.

Occam’s Razor, however, can also be abused by scientists. “There are some people who, brandishing ‘Occam’s Razor’ and fascinated by it, think it right for science to ignore half the properties of living things because they seem to complicate the issue; Occam’s excellent principle must be used with care and not, as so often waved in front of us, to introduce an entirely false simplification of the problem.”[1]

The relevance of this principle for Biblical theology, including dispensational eschatology, and the danger of its abuse, is obvious. Some theologians, particularly of the amillennial school, tend to wield “the razor” on vast areas of Biblical truth, seeking to reduce its Divine complexities to the level of man-made simplicity. Thus, eschatological chronologies, distinctions and identifications (i.e., the great tribulation, the millennial kingdom, the various resurrections and judgments) are arbitrarily squeezed and flattened into one great event at the end of the age. For many untaught Christians this is a pleasant and welcome simplification of Biblical theology. But it is simply not true to God’s Word, and succeeds only in wiping out many delicate and precious aspects of special revelation that God intends for us to understand and to rejoice in.

To be sure, dispensational theologians (and natural scientists) must constantly be reminded that “explanations must not be unnecessarily multiplied.” We must not add anything to God’s truth! But note the key word in that formula: unnecessarily. We must not unnecessarily multiply explanations. This, however, leaves us with vast complexities in God’s general and special revelation that simply must be taken into consideration if we are to be faithful and honest interpreters of His works and words.

Dispensational theologians have too often been accused of creating unnecessary and unrealistic complexities in God’s program of the future. But just the opposite is actually the case. By rejecting a literal fulfillment of God’s promises to the nation of Israel, for example, amillennial (and non-dispensational premillennial) interpreters have abandoned the key to interpreting such prophecies as Ezekiel 40 to 48. The intricate details within this prophecy are reduced to vague generalities concerning the church; and, even worse, these same interpreters hopelessly contradict one another.

Divine realities are sufficiently simple to thrill the hearts even of “little ones” who put their trust in Him. But they are also sufficiently complex to challenge the most brilliant minds under heaven. May we be counted among those who maintain this spiritual balance, and thereby give glory to our great God, and honor His special revelation in Holy Scripture.

Dr. John C. Whitcomb is heard weekly on Encounter God’s Truth, a broadcast outreach of Whitcomb Ministries. He has been a professor of Old Testament and theology for more than 60 years and is widely recognized as a leading Biblical scholar and a father of the modern creationism movement. It is a tremendous privilege to have him join us as a contributing author to Dispensational Publishing House.

Copyright © 2015 by Dr. John C. Whitcomb.
Used by permission of the author.