Editor’s Note: Dr. Rich McCarrell has four decades of pastoral experience, and has served as the senior pastor of Byron Center Bible Church in Byron Center, Mich., since 2008. He is a board member for IMI/SOS International, and previously served as its executive director—assisting numerous churches through times of transition and conflict. McCarrell speaks regularly at regional and national Bible and ministry conferences. He is the grandson of Dr. William McCarrell, who (along with Dr. M.R. DeHaan and Dr. James Oliver Buswell [president of Wheaton College]) was instrumental in founding the Independent Fundamental Churches of America (now known as IFCA Interntional) in Chicago in 1930. I sat down with him recently to discuss his grandfather’s legacy and the importance that dispensationalism has had within the history of the IFCA.

“My grandfather’s specialty was dispensational teaching,” stated Rich McCarrell. “He was known all across the country for prophetic teaching that grew out of a premillennial dispensational approach to the Scriptures.”

Indeed, Dr. William McCarrell had a wide reputation as a Bible teacher and evangelist—a reputation that went far beyond his ministry to 2,000 people at the Cicero Bible Church of Cicero, Ill., where he pastored for more than 45 years. That reputation took him on a regular circuit of teaching Bible studies in four different states every week. 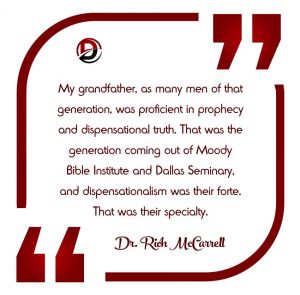 “They used to fill a 2,000-seat auditorium on Friday nights in Grand Rapids,” Rich said. “I still have people in their 90s who remember going to his Bible study in Grand Rapids.”

It was at the Thursday night study in Racine, Wis., that William McCarrell impacted the life of a young man with an extremely significant future ahead of him. The younger man’s name was John Walvoord.

“My grandfather, as many men of that generation, was proficient in prophecy and dispensational truth,” Rich stated. “That was the generation coming out of Moody Bible Institute and Dallas Seminary, and dispensationalism was their forte. That was their specialty. In 1948, when Israel became a nation, it was incredible. They were seeing dispensational prophetic truth coming to life and truly lived in light of the imminency of Christ’s return. This is when evangelism was so strong in the 1950s and ‘60s.” 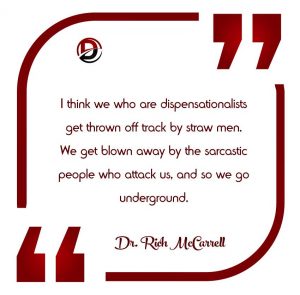 Walvoord was saved and discipled in that class under William McCarrell’s ministry.

“You also had so many of the founders and early members of the IFCA who came out of liberal, denominational churches that were amillennial,” Rich stated. “They saw dispensationalism as an essential truth. You had premillennial dispensationalism spreading like wildfire.”

According to Rich, however, we see a different scenario today.

“We are becoming a smaller and smaller circle,” he said.

“Reformed Theology does appeal to the academic mind, and I think that 1 Corinthians 1 sheds some light on the reasons. Dispensationalism, though, is the only method that fits the unbroken flow of the text.”

“I think we who are dispensationalists get thrown off track by straw men,” Rich stated. “We get blown away by the sarcastic people who attack us, and so we go underground.”

“I believe God’s gifts to the church today have been Dr. (Charles) Ryrie in the area of theology, Dr. (John) Whitcomb in the area of creation, Dr. (Renald) Showers in the area of dispensationalism and Dr. (John) Walvoord in the area of prophecy. Gifts of scholars. I would include with Walvoord other Dallas Seminary faculty like Dr. (J. Dwight) Pentecost. Those men are just intellectual giants.”

“The seminal work was Dispensationalism Today,” Rich said. “Ryrie showed how this is at the root of everything. There just is no other way to explain Biblical events through a consistent lens. It is a simple way of viewing the Scriptures.” 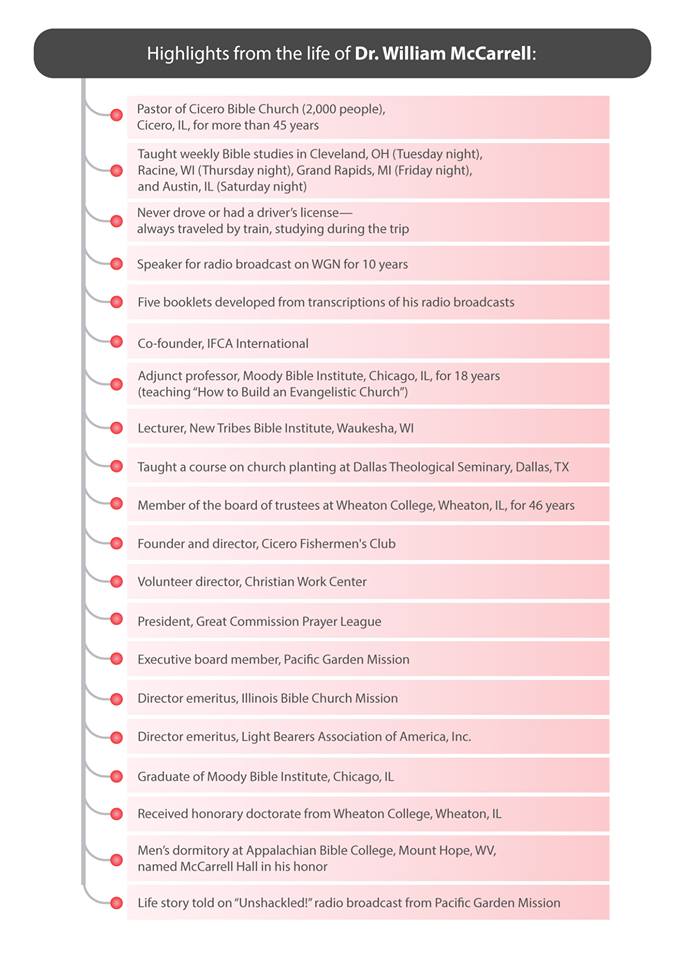 “If you go back hundreds of years and trace messages, our forefathers knew there was a distinction as the Biblical text moved from age to age and unfolded mysteries,” said Rich. “They did not know what to call it. Scofield and Darby identified it.”

“Many, many men preached four dispensations. Everyone was preaching and teaching the Biblical text concerning four time periods (innocence, conscience, law and church).”

“Dispensationalism is not a theological system,” Rich said. “It is a tool in interpreting the Scriptures.”

“I believe it answers every single question,” he said. “You look at the Bible through a dispensational approach, and it will read clearly.”

“We have allowed the enemies of dispensationalism to identify dispensationalism,” Rich stated. “They have done it in a sarcastic way, and in ways that have caused us to feel inferior. We get tied up with how many dispensations there are. We have bought the idea that dispensationalism is a system of theology rather than a tool of interpreting Scripture. You have these divergent tendencies to become progressive or hyper-dispensational, so we start throwing the baby out with the bathwater, instead of defending this basic approach to the Bible—maintaining the clear distinction between God’s nation of people (Israel) and God’s body of people (the church).”

The Church That Did Not Close. Revised. Chicago: Moody Bible Institute, 1942.