The Dispensation of Innocence (Part 1-C)

The Dispensation of Innocence (Part 1-C)

A failure to recognize that a fundamental, dispensational change has occurred is the most common error of Biblical interpretation, and leads to great confusion. Christians often take pieces of the Bible that they like and try to apply them to themselves without having a complete and mature understanding of doctrine drawn from the whole Bible.

What principles did not continue or carry over (and thus changed) from the first dispensation of innocence to the second dispensation of conscience—say nothing of continuing to our age today?

Several concepts fall into this category. They represent things that have changed since the dispensation of innocence.

First of all, we must realize that death and dying were completely absent from the first dispensation, having entered the world through sin (cf. Rom. 5:12). Since the fall, death must be overcome individually and collectively—or it will overcome you (cf. John 11:25).

Note that this does not necessarily mean that no leaves or pieces of fruit ever fell from the trees in the Garden of Eden. But no animal died before the fall and the first human sin.

At the fall, access to God was interrupted and needed to be restored. This restoration was promised in Genesis 3:15 and completed in the finished work of Christ. This simple, Biblical way to approach God is the only way that we can connect with Him.

Also at the point of the fall, we lost the enjoyment that came from a bountiful earth and a harmonious existence of the animal world. We do not have either of these today. We understand what it means to have scarcity and hardship, but each of these were absent from the original Garden of Eden. The challenges that resulted from an animal world in which all the creatures were out of harmony would change again after the following dispensation.

The climate also ultimately changed following the fall, and the ground was cursed (Gen. 2:5; 3:17).

Conflicts resulted from the fall of man into sin (cf. Gen. 4:8).

Man’s fall also tarnished and hid “the image of God” (Gen. 1:27), but did not remove it from human beings.

All of this change hinged on the fall into sin, the cause of which is described for us beginning in Genesis 3:1:

Now the serpent was more subtil than any beast of the field which the Lord God had made. And he said unto the woman, Yea, hath God said, Ye shall not eat of every tree of the garden?

We learn here that the dispensation of innocence did not function completely without evil, because Satan was a part of it. Yet, mankind was innocent.

The Origin of Evil
When did Satan bring evil into the world?

The pre-beginning theory says that a fallen Satan already existed before “the beginning” of Genesis 1:1. This idea is erroneously based on Nehemiah 9:6, and m 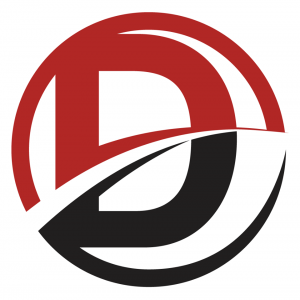 aintains that all of the angels were, in fact, created before this time.

The gap theory says that Satan and the evil angels fell between Genesis 1:1 and 1:2. Many older dispensationalists taught that there was a gap in between those verses, during which a catastrophe took place. This view is erroneously built on the assumption that—although God created a perfect world—it later became “formless and void” (Gen. 1:2, NASB). This, however, violates the plain meaning of the entire context. It also requires that one must read into the text the idea of placing Satan’s fall at that point.

The final, correct option is the garden theory. This simply states that somewhere between Genesis 2 and 3 Satan rebelled against God and was cast down to the earth in the from of a serpent.

This is the only explanation that fits together with this basic statement in Genesis 1:31:

And God saw every thing that he had made, and, behold, it was very good. And the evening and the morning were the sixth day.

On the basis of this verse, no angels could have fallen until after the creation week was complete. But the unfallen Lucifer must have been present early in that week, as we see in Job 38:4-7:

Where wast thou when I laid the foundations of the earth? declare, if thou hast understanding. Who hath laid the measures thereof, if thou knowest? or who hath stretched the line upon it? Whereupon are the foundations thereof fastened? or who laid the corner stone thereof; When the morning stars sang together, and all the sons of God shouted for joy?

We do not know how long Adam and Eve were in the garden before they ate the fruit that God had told them not to eat (Gen. 2:16-17). But somewhere during this time following Day Six of the creation week, Lucifer fell and became Satan.

The first dispensation begins with a stunning new revelation of God and His amazing work of creation. It describes the original state of the created order. The end of this dispensation is marred by sin and death. But thank God that there is a Redeemer Who was promised, Who has now come, to be our Savior.

Mankind longs to retake the dominion that God originally gave man to hold over the created order (cf. Gen. 1:26, 28; Ps. 8). Ultimately, the Second Adam will return and do so.

Many truths that we learn from the dispensation of innocence conflict with beliefs held widely within our society today. We will begin next time by thinking about how that is so.

Editor’s Note: This blog article is taken from the following sermons, which you can watch in their entirety here: