The Dispensation of Government (Part 2)

The Dispensation of Government (Part 2)

Where did government come from? Did you realize that this concept was first introduced by God Himself?

As we know, Scripture reveals the plan of God, which is unfolded for us through the various dispensations.

Let us begin with a brief review. According to Bishop Ussher’s count, the dispensation of government covered 226 years. It includes the Table of Nations in Genesis 10 and the account of the Tower of Babel in Genesis 11, ending with Genesis 11:32. When God gives a fundamentally new revelation, as recorded in His Word, a new dispensation begins and mankind’s responsibilities to God are altered. In this case, it was a revelation that demanded that mankind must develop the rudimentary elements of a system of government.

What do we learn from the dispensation of government (which begins in Gen. 8:15) that is fundamentally true for all time?

(This is the carryover principle—related to things that carry over past the end of one dispensation into dispensations that follow.)

We will consider five things from this dispensation that fit this category: 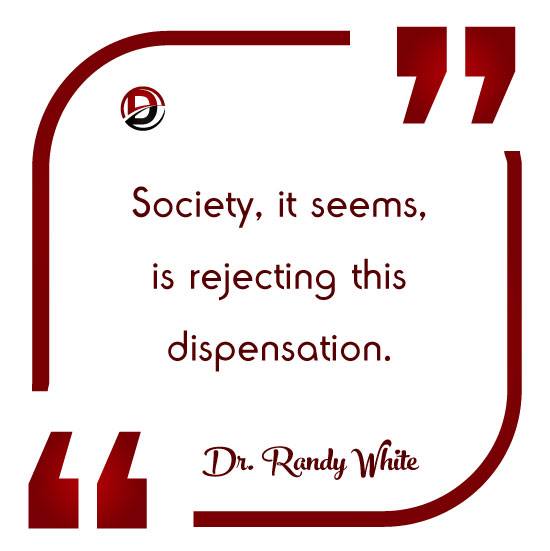 We can see that, as opposed to the elements of the dispensation of the law, most of the key concepts from this age of government continue to be in force down to our day. However, opposition against them, and a refusal of each of these concepts, appears to be increasing in our time. Society, it seems, is rejecting this dispensation.

The Bible’s instruction toward capital punishment is being rejected. When I was growing up, I can tell you that I was influenced by society’s dismissal of these very principles of government, but I have matured in many of my views since then. 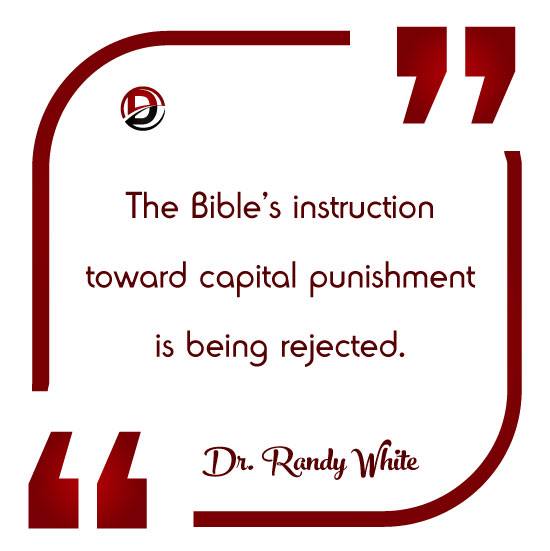 It is also instructive to note that the Bible is here teaching us the principle of limited government. Anything else is mankind’s perversion of the role that God has intended for government.

This age of government actually ends with the biggest government boondoggle in all of the Bible—the Tower of Babel. Mankind takes the little piece that God gives and twists it, turns it and perverts it. An example of this is the monarchy in Old Testament Israel, which was not God’s original agenda for the nation. It was government run amok, and the prophets warned that it would lead to taxes, wars and slavery—which, of course, it did.

The Biblical role of the government is extremely limited. It is fleshed out to some degree by the Apostle Paul in Romans 13:1-7, but we see even there that it is still very restricted. Biblically speaking, the government should not be involved in the economy, social engineering or even legislating issues of morality that should be determined by families and individuals. Strong families in good churches that know the Word of God would actually live in such way that a big government would not be necessary.

The government should not be involved in humanitarian efforts. We as believers should have a desire to care for humanity like the Good Samaritan did (cf. Luke 10:29-37), but in the terms of Scripture there is a very limited role of government. We as a society have rejected nearly all that God revealed in the age of government. Nevertheless, the teachings of this dispensation are fundamental to how our society works today. 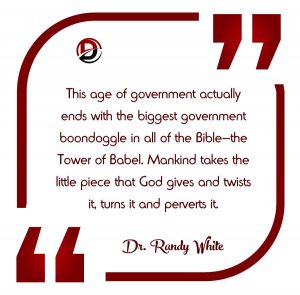 The dispensation of promise is also fundamental to an understanding of our world today. That world is coming apart at the seams because man rejects the revelation that his Creator has given in Scripture. We, however, can stand out as being those who actually believe all that He has revealed.

May the Lord help us to do so.