The Dispensation of Conscience (Part 1)

The Dispensation of Conscience (Part 1)

The second dispensation is called the dispensation of conscience, and it begins in Genesis 3 and goes until Genesis 8:14.

The meaning behind the word conscience is literally “with knowledge.” After they sinned, Adam and Eve had “knowledge of good and evil.” Previously, they were innocent. Now they had experimented with sin and knew about it as part of their personal experience. They put God to the test and found out that His Word in Genesis 2:17 was right—but not without paying the cost of their horrible experiment.

The new revelation for this dispensation is given beginning in Genesis 3:7. This passage explains something as basic as the fact that, since the fall, human beings must wear clothes (cf. Gen. 2:25). Fundamentally, we operate on a sense of shame—a sense of cover-up, a sense of hiding, a sense of fear. We are left ashamed, afraid and hiding. There is only One who can remove that fear and shame, which is so fundamental to the human existence now. That is Jesus Christ, who alone can restore our relationship with God.

But before we get to this first mention of Him, let us think about the bad news.

Genesis 3:14 gives God’s revelation of the curse—specifically upon the serpent (which is the devil):

The Lord God said to the serpent,
Because you have done this,
Cursed are you more than all cattle,
And more than every beast of the field;
On your belly you will go,
And dust you will eat
All the days of your life (NASB).

The curse also extends to include all kinds of difficulties that all men and women would experience, and even affects all of the created order (cf. Gen. 3:16-19). This is all bad news.

The one ray of light and hope in this entire section is given in Genesis 3:15. In fact, you cannot claim to know your Bible if you are not aware of this promise. It is fundamental to understanding anything regarding the flow of Scripture, and it offers us very good news:

And I will put enmity between thee and the woman, and between thy seed and her seed; it shall bruise thy head, and thou shalt bruise his heel.

This is the first prophecy in the Bible, and a great promise as well. It gives us the promise of a Savior. In fact, all of the Old Testament is built upon this promise. 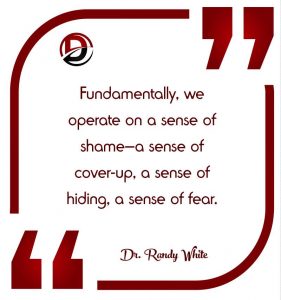 For instance, this promise answers the question of why there are so many genealogies in the Old Testament. Every time a person is born throughout the centuries that follow, the question is raised whether that person’s birth is related to “the desire of women” (Dan. 11:37). This is the thing that a mother desires—that is, to be the mother of this Savior who is here prophesied.

This prophecy also gives us the first hint of a virgin birth of the Messiah. This promise of the coming offspring of a woman is, of course, fulfilled in Mary, the virgin mother of Jesus (cf. Luke 1:26-56).

The entire Old Testament funnels down toward the birth of Christ. It begins with this very broad promise. But as we continue to read, we consider each person in light of this prophecy. Eve, in fact, may have even thought that Cain was the one who was promised when she had her first baby. And, as each child was born, there may have been a similar question and expectation as she expressed in Genesis 4:1:

Now the man had relations with his wife Eve, and she conceived and gave birth to Cain, and she said, “I have gotten a manchild with the help of the Lord” (NASB).

Therefore the Lord himself shall give you a sign; Behold, a virgin shall conceive, and bear a son, and shall call his name Immanuel.

As we look ahead in the dispensation of conscience, we see that Genesis 4 details the account of Cain killing Abel. Genesis 5 gives us the first genealogy. Then in Genesis 6 we encounter the next major character in the narrative, who is Noah.

But noticeably absent from this dispensation are any new laws. The only law in effect was the one that God gave Adam and Eve in Genesis 2:17.

We will consider this and other aspects of the dispensation of conscience in our next installment.

In closing this portion of our study, we need to remember that fear, shame and blame entered the human experience during the dispensation of conscience as after-effects of the fall into sin. Mankind’s continual response ever since involves some equivalent of sewing “fig leaves together” (Gen. 3:7). But, thank God, He has promised—and now given us—the Savior who can rescue us! I pray that you are trusting in Him alone for your salvation.

Editor’s Note: This blog article is taken from the following sermons, which you can watch in their entirety here: