The Destroying Work of God

The Destroying Work of God

We thought previously in this series about the family tree of Noah. We considered his great-grandfather Enoch, grandfather Methuselah, father Lamech and then Noah himself.

Think about this: For Noah to learn about the past, all that he had to do was talk to his grandfather Methuselah, who lived 969 years (Gen. 5:27) and knew Adam personally. In fact, the lives of these two men (Adam and Methuselah) spanned all of history to this point—from creation to the flood.

When Noah stepped off of the ark following the flood, he still had this strong connection to the past—going all the way back to creation—so no knowledge of history was lost through the events of the flood.

As we move forward in our study of these critically important events, our key verse in this lesson is Genesis 6:11-13:

Often we think that that the flood was sent because God was simply tired of people’s corrupt and violent behavior and decided to bring an end to it. However, I think that in doing so we misunderstand the real meaning of that word corrupt. 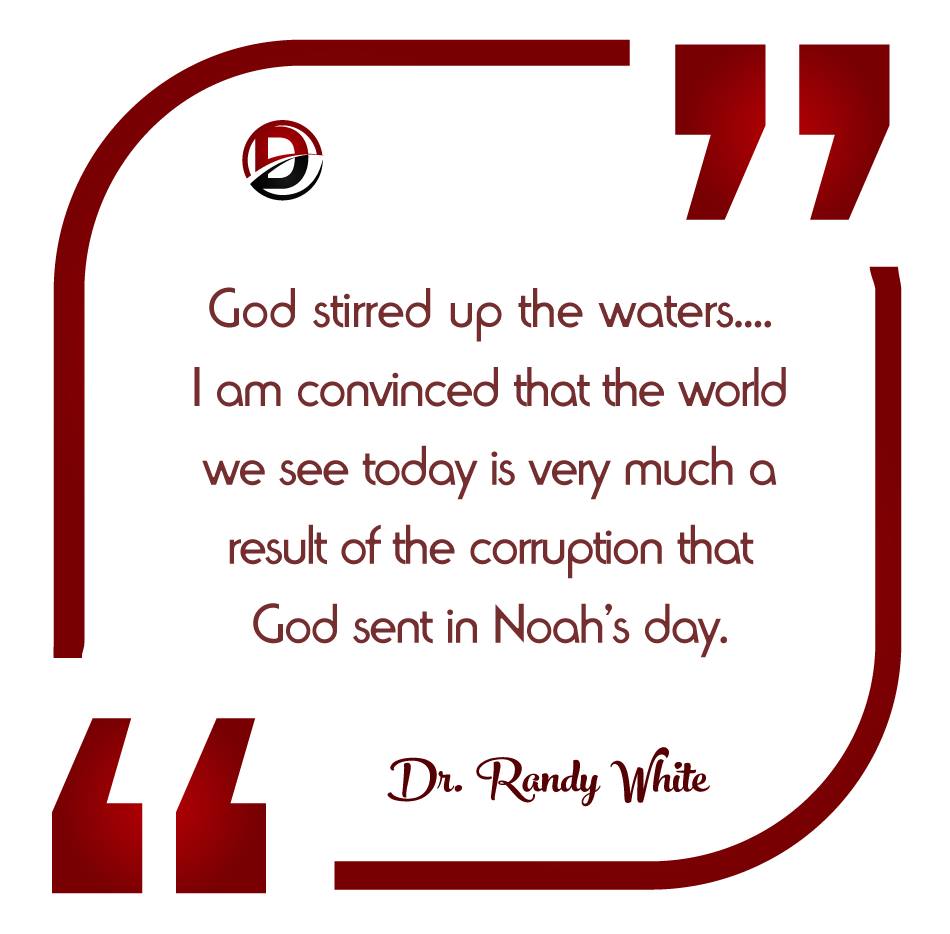 This word actually carries the meaning of destroy—as it used at the end of Genesis 6:13. That is a form of the same word shachath (שָׁחַת) translated corrupt in Genesis 6:11 and 12 (two times).

We need to understand the meaning of this word in order to understand why there was a flood. Was the flood sent simply because of all the bad behavior in the world? That may be what we have taught, or what we understand—even to the point that well-intentioned people might say that since there is as much violence and corruption in the world today as there as has ever been, we should surely expect a similar catastrophic judgment today.

But God did not destroy the world in the days of Noah simply because of violence and vice. He destroyed it specifically because of the concept behind the word translated corrupt and destroy in Genesis 6:11-13. Notice, in fact, that the world’s violence was a byproduct of its corruption (v. 11).

You may remember that I interpreted Genesis 6:2 to mean that the sons of God were fallen angelic beings who corrupted human flesh—in terms of an integrity problem deep within “all flesh” (v. 12)—through marriage with the daughters of men. That is what God had to cleanse and remove from the earth. Human flesh was no longer pure. That is, in fact, why Noah was chosen for his task (v. 9).

Satan had attempted by this means to taint human DNA so that any offspring of a woman would be, to some extent or other, the seed of Satan. We saw how this process of demons attempting to pollute humanity was going on for quite some time, but God now decided that He would put a stop to it.

The ultimate issue, then, was not the behavior of these people, but their corrupt flesh, and how that could interfere with God’s plan, purpose and promise to send a Redeemer, as revealed in Genesis 3:15. 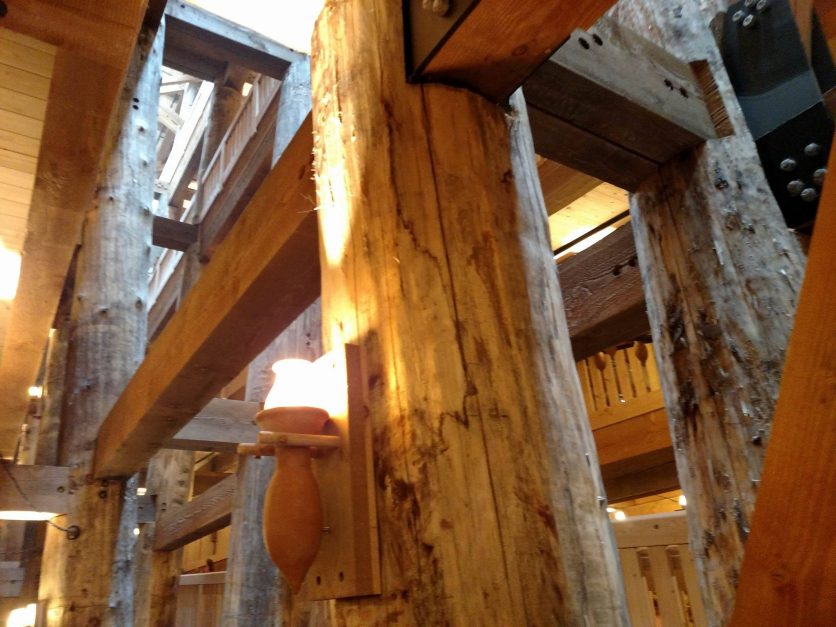 The Prognosis
God determined to destroy (shachath, שָׁחַת) the earth with a flood (Gen. 6:13, 17). As men and demons had corrupted all flesh, so God would corrupt (i.e., destroy) the earth.

You see, even though God had cursed the world after the fall, much of the earth’s ecosystem still functioned much like it had before the fall. For instance, the earth had gone more than 1,500 years without rain (Gen. 2:5-6).

In sending the flood, God corrupted the working of the earth in an even greater way. God stirred up the waters to cause the ecosystem to operate in a manner that was different from His original plan for it. The waters from beneath gushed forth, and the vapor canopy above fell down, and all the earth was covered with water. I am convinced that the world we see today is very much a result of the corruption that God sent in Noah’s day.

There were very violent actions occurring during the time of the flood, which brought great destruction to the earth and forever changed its shape.

Yes, something very violent took place at the flood. We must remind ourselves that the beautiful scenery that we now enjoy in nature is a result of this violence. It was not formed by the slow and steady flow of peaceful rivers. Rather, it was caused by God’s act of corrupting the earth.

But that is not all. The earth worked violently against all humanity—killing everyone who was not inside the ark.

“Make thee an ark of gopher wood; rooms shalt thou make in the ark, and shalt pitch it within and without with pitch” (Gen. 6:14).

The word for ark is the same one that we find in Exodus 2:3. It represents a seaworthy vessel.

One point to note here is that we do not know exactly what gopher wood was. Perhaps this species of wood was destroyed in the flood.

Make for yourself an ark of gopher wood; you shall make the ark with rooms, and shall cover it inside and out with pitch.

The word for cover is the Hebrew word kaphar (כָּפַר). This word is often translated ransom.

The instruction, in essence, was, Cover it within and without with a ransom.

I think this was a picture of what was to come—a picture that was being painted of the blood of Jesus Christ that would provide spiritually for our ransom.