The Components of Literal Interpretation

The Components of Literal Interpretation

While it is true that “literal interpretation” is not the private property of dispensationalism, the claim is actually the consistent use thereof. A case can still be made that traditional dispensationalism can make good on this claim.

The Univocal Nature of Language
The univocal nature of language means that language speaks with “one voice.” Words can only mean one thing or have one signification in one and the same connection. Words can have but one meaning, or one set of propositional, cognitive values, in any given place. They cannot have two or more meanings in the same usage. A word may have a wide semantic range (different meanings at the time of writing), but it can only signify one thing in any one instance. Without this, language is incapable of communicating anything and simply becomes incoherent and nonsensical. That language is univocal is axiomatic; it must be assumed to be true in order to disprove it as being true. To deny it is clearly self-defeating, illogical and irrational. The only exception is the unique and deliberate use of ambiguities such as puns and double entendres. But even they prove the rule because they are effective precisely because language is univocal and these exceptions obviously violate it to very good effect for purposes of meaning. However, no language system can be built totally on ambiguity and equivocation. 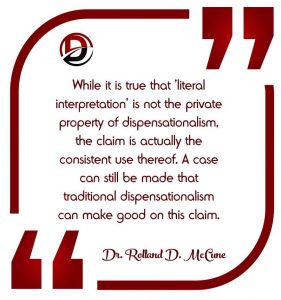 The Bible was written in purely human languages with their fully human grammar, syntax and literary genres, by genuinely human beings out of their authentically human personalities, cultures and linguistic backgrounds. The Bible was not written in Heavenly Hebrew, Holy Ghost Greek or Atmospheric Aramaic. The message of the Bible (its truth statements and truth claims), however, is genuinely and exclusively Divine. If the Biblical languages are not genuine human languages, they would ultimately be incapable of communicating Divine information to human beings who must use human language.

For hermeneutics, this principle of the univocal nature of language asserts that a passage of Scripture cannot have “deeper” meaning, multiple meanings or any other forms of interpretation that are essentially sensus plenior (having a “fuller sense”). The Divine message of the Bible does not come in equivocating word meanings but in univocal, propositional truth content.

The Jurisdiction of Authorial Intent
This principle has been more widely addressed in evangelical circles in recent years. The governance of authorial intent as an interpretive principle is actually as old as mankind, being an aspect of the image of God which makes man a linguistic being. As with the univocal nature of language, this factor is indigenous to rational beings who alone intuitively possess and use the “rights of language” or the “received laws of language” as they were endowed by the Creator in the image of God.

Correct Biblical interpretation conveys the same meaning today that the Bible writers intended when they wrote. The hermeneutical task is to “find out the meaning of a statement (command, question) for the author and for the first hearers or readers, and thereupon to transmit that meaning to modern readers.”[3] An axiom in this regard is, “A text cannot mean what it never meant.”[4] “A believing scholar insists that the biblical texts first of all mean what they meant.”[5] This meaning is based ultimately on authorial intent.  It answers the question as to what the author intended to communicate by his particular use of a human sign system (language).

Words convey meaning in association with other words; they do not carry meaning autonomously. “A word does not have meaning; it is assigned meaning through cultural convention and use.”[6] The basic unit of language is not the word but the sentence, which then extends to the paragraph, section and book, in the case of the Bible. “The meaning of a word depends not on what it is in itself but on its relation to other words and to other sentences which form its context.”[7] This word association and its text-intention are produced by the authorship of a document. “In speaking of authorial intention, one does not try to reproduce what the author must have been thinking at a given point or why he wrote. Rather, the interpreter’s goal is to ascertain what the writer wanted to communicate through the terms he chose for his message.”[8]

For purposes of answering the question as to what literal interpretation is, this principle of the jurisdiction of authorial intent gives meaning and validity to the interpretive process itself. There is verbal content that can and must be given coherence and understanding (i.e., correct interpretation). Authorial intent also serves as a limiting notion as to what a Biblical passage may mean by demonstrating what it cannot mean. A good query to use in evaluating an interpretation of a given passage is, “Is this what the Biblical authorship intended to convey?” Such a principle would seem definitely to preclude finding the church in the Old Testament since it is not mentioned there or, more particularly, finding the church fulfilling prophecies given to the nation Israel, even in a “partial” sense. Fulfillment by the church would appear to be impossible to harmonize with authorial intent and would banish the Old Testament author from his own words and his original truth intentions.