The Coming Battle of Armageddon

The Coming Battle of Armageddon

This past weekend, Americans took one day to remember their veterans who served in the military and gave the ultimate sacrifice of their lives. Our friends and allies in Israel observed their Memorial Day a few weeks ago, which was covered in the first article in this series. These sobering events, which I had the privilege of observing in Israel and America this month, enforced what took place in the past, what is taking place militarily across the world and what God prophetically revealed will take place in the future. 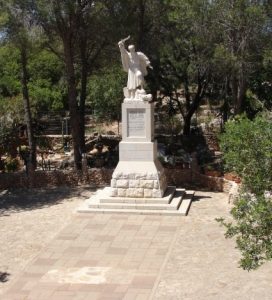 Here is a statue of Elijah that is located on the top of Mount Carmel.

Let me share with you one of the most powerful experiences I had in Israel just a few weeks ago. Our driver ascended a mountain and when we came to the top, we observed a statute representing Elijah. I knew we were at the top of Mount Carmel where Elijah had confronted the prophets of the false god Baal, resulting in a decisive victory for the true God of Israel (1 Kings 18:20-40). However, that mountain peak was about to reveal one of the most important prophetic locations in the Bible. Our group walked up a set of stairs and reached an observation platform. As we looked toward the north, east and south, we observed one of the most incredible sights in the “Land of the Bible.” The day was unusually clear, allowing us to see the awesome view that covered miles and miles of the land of Israel. My eyes began to tear up as Revelation 16:16 flooded my mind, “And they gathered them together to the place called in Hebrew, Armageddon.” We were looking from the top of Mount Carmel at the Jezreel Valley (cf. Josh. 17:16; Judg. 6:33; Hos. 1:5), also known as the Valley of Armageddon. 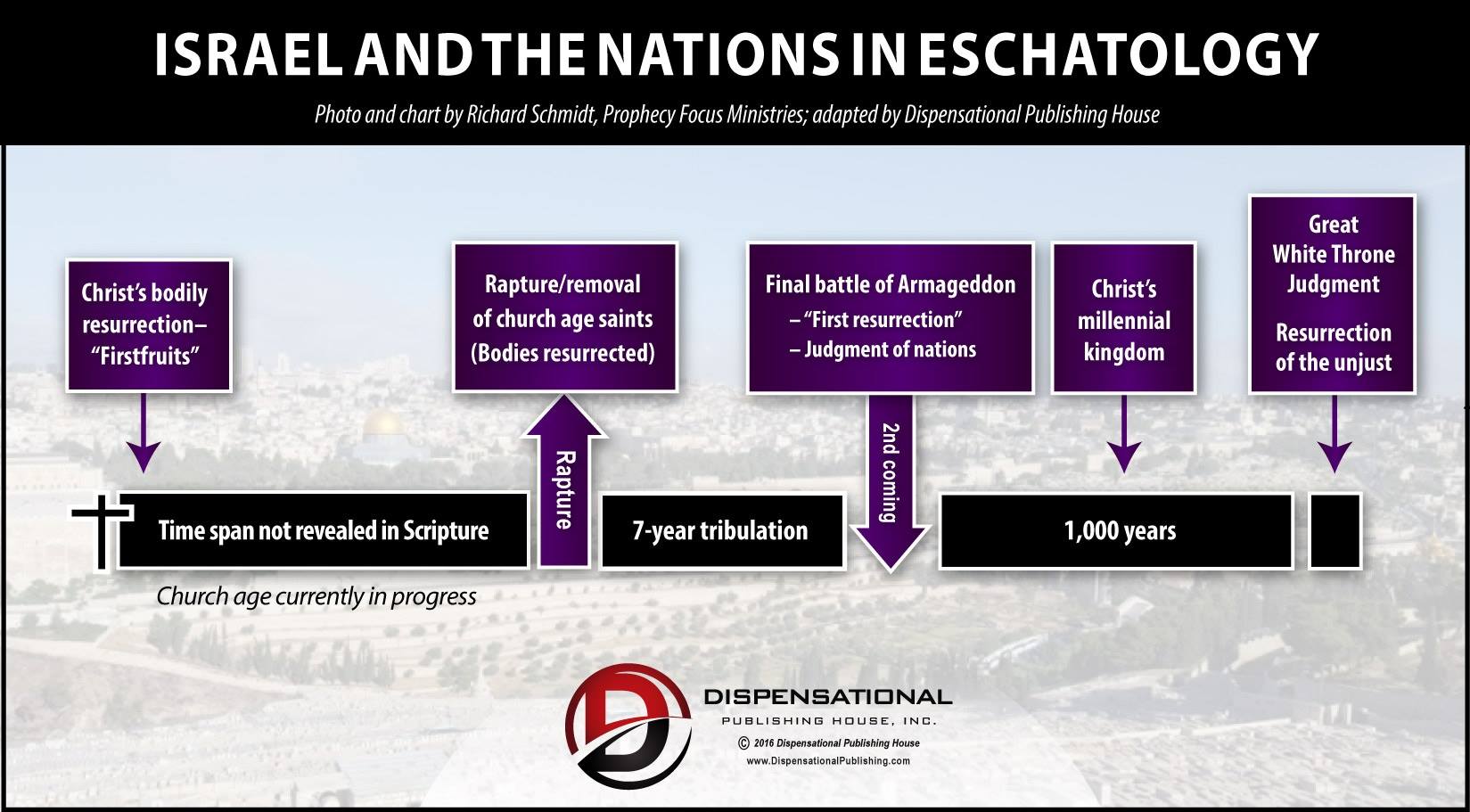 Zechariah 14 reveals three distinctively dispensational truths regarding the absolute certainty of the coming battle of Armageddon. 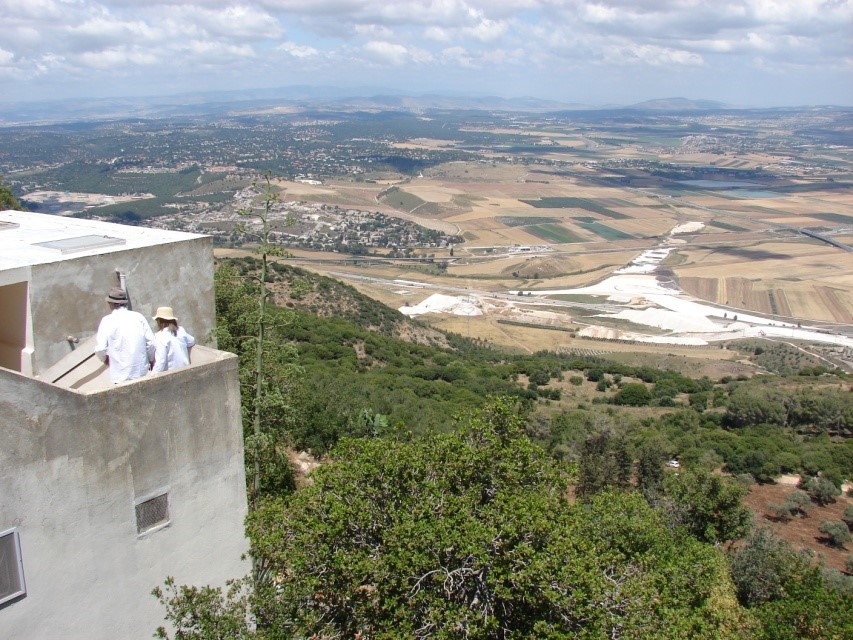 Here is the north view of the Valley of Armageddon from the top of Mount Carmel.

The Lord’s Supernatural Gathering of the Nations to Israel (Zechariah 14:2)

For I will gather all the nations to battle against Jerusalem;
The city shall be taken,
The houses rifled,
And the women ravished.
Half of the city shall go into captivity,
But the remnant of the people shall not be cut off from the city.

God promised that at the end of the eschatological seven-year tribulation He would sovereignly draw “all the nations” to Israel “to battle against Jerusalem.” The campaign of Armageddon will commence as the foreign armies from around the world gather to battle against God’s precious city of Jerusalem.

The Lord’s Supernatural Destruction of the Attacking Nations (Zechariah 14:3-4)

Then the Lord will go forth
And fight against those nations,
As He fights in the day of battle.
And in that day His feet will stand on the Mount of Olives,
Which faces Jerusalem on the east.
And the Mount of Olives shall be split in two,
From east to west,
Making a very large valley;
Half of the mountain shall move toward the north
And half of it toward the south.

The end of the horrific seven-year catastrophic cleansing of the earth is quickly approaching. Jesus Christ descends from heaven with His saints (Rev. 19:14) and lands on the peak of the Mount of Olives. The mountain splits in two and the Lord Jesus moves forward to encounter the vast number of soldiers that have gathered from across the world to do battle. Jesus destroys the probable millions of anti-God soldiers with the power of His spoken word (Rev. 19:15). The Lord Jesus Christ wins an immediate decisive battle. 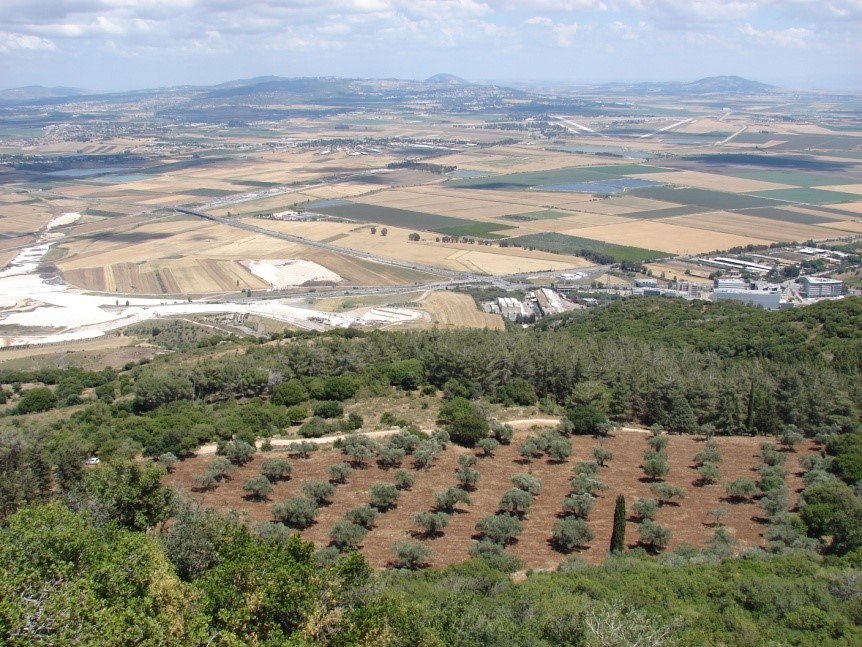 Here is the east view of the Valley of Armageddon from the top of Mount Carmel.

And the Lord shall be King over all the earth.
In that day it shall be—
“The Lord is one,”
And His name one.

Finally, the seven-year tribulation’s work of cleansing a corrupt and sinful world comes to an abrupt end. Now the Lord Jesus Christ, the “KING OF KINGS AND LORD OF LORDS” (Rev. 19:16), takes His rightful place on His throne in His newly constructed, greatly enlarged, millennial temple (cf. Zech. 6:12-13; Ezek. 40-46). The prophetic fulfillment of the Master’s magnificent millennial kingdom will then be a reality. 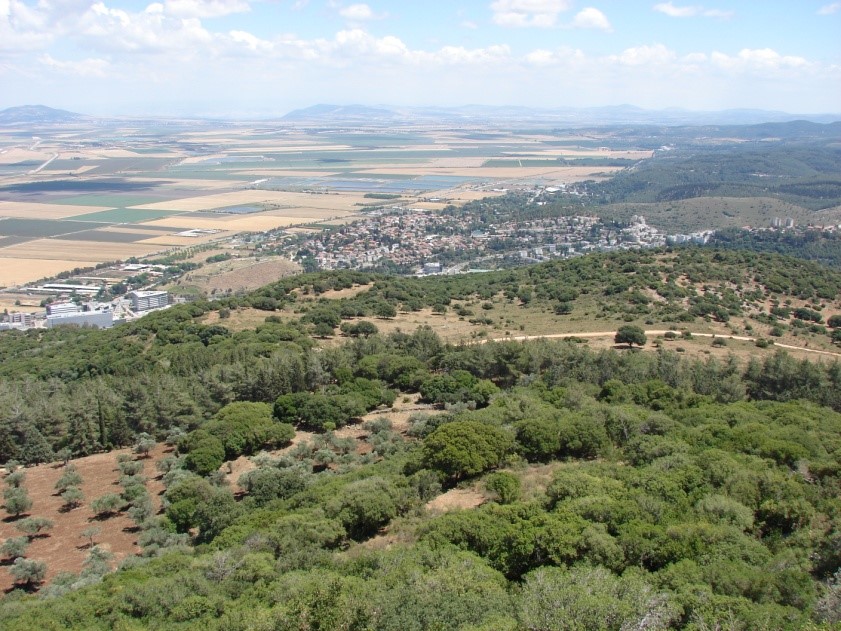 Here is the south view of the Valley of Armageddon from the top of Mount Carmel.

May I sincerely encourage you to prayerfully consider taking a study trip to Israel, the land of the Bible? God transformed my life and ministry during various study tours in Israel as I walked the streets and the land, and viewed the past, present and the stage-setting for the distinctly dispensational prophetic future.

Dispensational Publishing House is organizing the trip of a lifetime to the spectacular, breathtaking and life-changing land of the Bible. What an opportunity to travel with Bible scholars who will open the Scriptures and—in a real-time, visual format—uncover the past, the present and the prophetic.