Where are we headed today in terms of dispensational theology?

This fascinating question could be answered on many levels—spiritually, Biblically, prophetically, theologically, academically, ecclesiastically, culturally and in other ways.

I will seek to address this topic thoughtfully in this new series of blog articles that will run intermittently over the next several weeks. In the best case, my take on the subject will serve to provoke much further thought and discussion—rather than being considered a comprehensive answer.

Let’s start by looking at the question from a wide perspective, in terms of our current cultural situation.

A Time to Weep, A Time to Mourn
To say that the culture of the United States is changing quickly would be a massive understatement.

Attitudes, beliefs and behaviors regarding morality and the value of life appear to be shifting so fast that one can barely keep up with the developments or comprehend the magnitude of the transformation. Compounding the situation, the revolution appears to be driven g 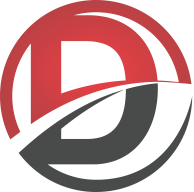 enerationally through media and technology—leading us to expect that the moral and spiritual upheaval that we are witnessing is likely, not only to continue, but to increase in speed and intensity.

An endless supply of accounts, quotations, anecdotes, opinions and polls could readily be listed to document these depressing assertions. The case could be made so easily, in fact, that providing a listing seems unnecessary.[1]

Suffice it to say that we are now moving rapidly into the post-Christian phase of American history.[2] As much as we would love to believe that there is still a silent majority waiting for the opportune moment to protest, our eyes and ears tell us differently. Our beloved nation is not merely entering this new epoch, but is rather enthusiastically embracing its new moral conventions. Those of us who fancy ourselves to be traditionalists—say nothing of Biblicists—have the sneaking suspicion that things will never be the same again. For the first time in the modern history of the United States, the persecution of Christians for their faith is a reasonable possibility.

Where does the teaching of dispensationalism fit into this complex cultural paradigm? From the world’s perspective, the answer is very simple. It doesn’t. But since when do dispensationalists take their theological cues from “the rulers of this age” (1 Cor. 2:8)?

For Such a Time as This
Enough with the hand-wringing, then. I believe that it is time to embrace the challenge. Like Daniel in Babylon, we aspire not merely to survive, but to thrive, in a hostile, pagan land.

The solutions to our problems (to the extent that there are solutions) will not be found in social or political movements. It is imperative that we as Christians channel our limited energies according to Biblically-driven priorities to make the most of the limited time that is left.

We go forward basing our confidence on—and offering a decaying culture the certainty of—our sovereign God. We rest our hope upon “the purpose of Him who works all things according to the counsel of His will” (Eph. 1:11).

[1] The entire cultural slide may be summed up by citing the mantra used by proponents of same-gender marriage, which asserts that anyone who dares to disagree with their position is “on the wrong side of history.”

[2] I have given considerable thought to this phrase in recent months since being invited to speak on this topic in October of 2015 at the IFCA International Wisconsin Regional pastors’ fellowship.