An Interview on Bible Prophecy with Dr. J. B. Hixson

An Interview on Bible Prophecy with Dr. J. B. Hixson

Editor’s Note: Following is a short interview with Dr. J. B. Hixson in which we go deeper on issues related to Bible prophecy and the nations. For greater context, you can go back and read the major interview with Hixson which we featured previously in our series called A Dispensational Discourse. J. B. is a great friend of Dispensational Publishing House, and it is our joy to announce that his daily radio program, called “Not By Works,” will soon be a regular part of the broadcast schedule on DPH Radio, which is currently in beta version. We trust that you will be blessed by his messages there as well as by this timely article. 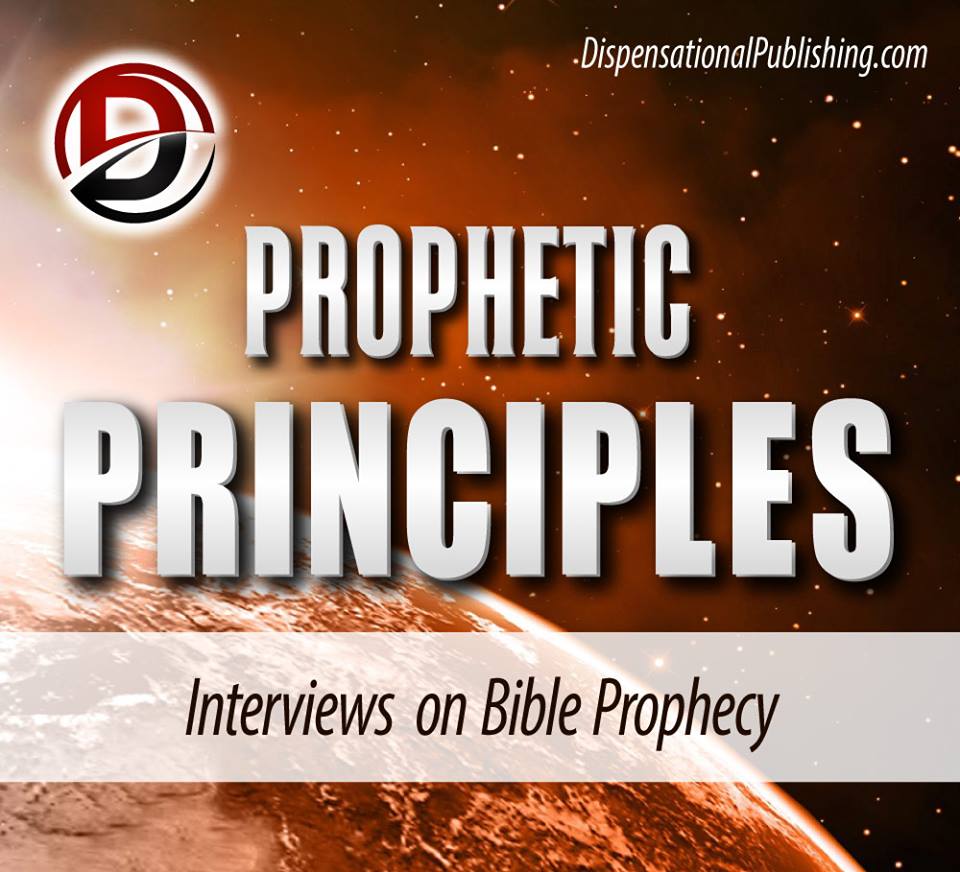 But even if our gospel is veiled, it is veiled to those who are perishing, whose minds the god of this age has blinded, who do not believe, lest the light of the gospel of the glory of Christ, who is the image of God, should shine on them. (2 Cor. 4:3-4)

Dr. J. B. Hixson has a passion to proclaim and explain the free nature of the gospel, but he is also deeply interested in the geopolitical makeup of the world and its relevance and application to the truths of Bible prophecy.

“My whole awakening into that field goes back to 2007,” Hixson stated. “I talked to a fellow professor for about three hours, and there was an internal conflict because he was telling me things that made him sound like a complete lunatic.”

“I started researching what became the book, The Great Last Days Deception (Magnolia, TX: Lucid Books, 2012).[1] I came to realize that just about everything I had learned in compulsory government schooling as a child was not true—world history, United States history, science, old-earth views, evolution. It was propaganda. I just started reading things I had never read before.” 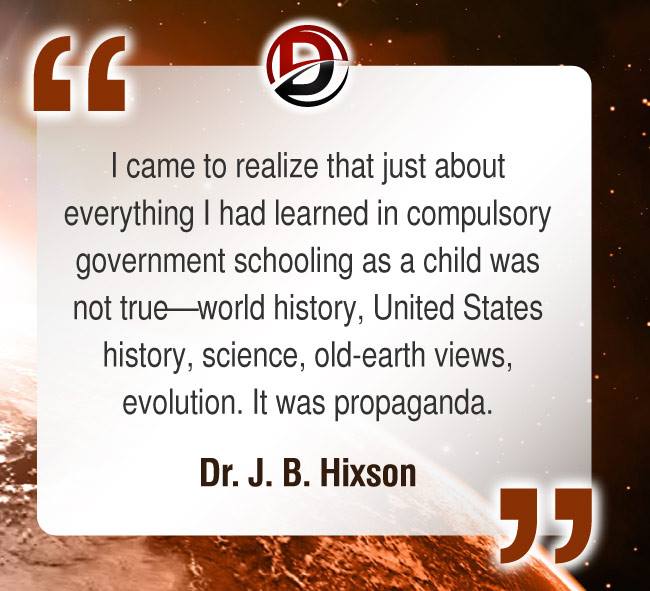 “The culture that the founders were in was a faith-based culture,” Hixson explained. “So it is not surprising that you find a number of writings from these Founding Fathers that speak of these things, but in their private writings it is clear that they were not Christians. I do not think that our nation was founded on Christian principles.”

“At the same time I am not a fatalist,” he said. “Sometimes we think like we are going to get rescued before it gets really bad. That perspective is so naive. Right now, there are people being murdered for their faith. When I started studying this, I had always thought that the one-world government would not be in place until after the rapture, because the Antichrist would usher it in. That is not true.”

“I feel that for many decades the political system in our country has been a facade,” Hixson added. “Washington is a cesspool of immorality, a cesspool of compromise and corruption. I have talked to a lot of insiders in the research that I did for this book, and since then. Even though my main concern is the clarity of the gospel, we have sort of gravitated over the last five years to this area—Satan’s attempt to take over the world.”

Does believing this mean buying into a conspiracy theory?

“Conspiracy just means two or more entities working together for nefarious means,” Hixson stated. “Something like 90 percent of federal criminal charges that are filed in America have the name conspiracy in the charge. Part of Satan’s Luciferian conspiracy is to convince people that if you believe in conspiracy you are a nutcase.”

“Throughout Biblical history, we have a record of people worshiping Satan,” Hixson added. “Depravity is a degenerative disease. Why would we think this would be happening less today? In the dark corners of this earth, there are still places where the Luciferian elite are continuing their quest to take over the world.” 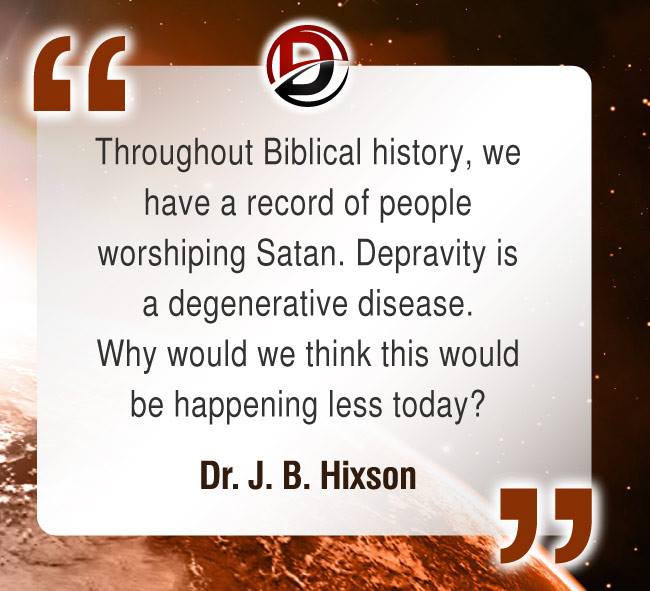 “Satan is trying to take over the world. There are two times when Satan himself tries to indwell a human being, at two critical moments in human history. Both of them relate to the coming of Christ. At His first coming, Satan indwelt Judas, according to the gospel of John (cf. John 13:27). And he is going to indwell the Antichrist, according to 2 Thessalonians 2:9 and Daniel 8:24. Satan is trying to take over the world. His plan is not monolithic. We are seeing right before our very eyes the playing out of this Luciferian agenda. There is plenty of evidence out there for those who care to look.” 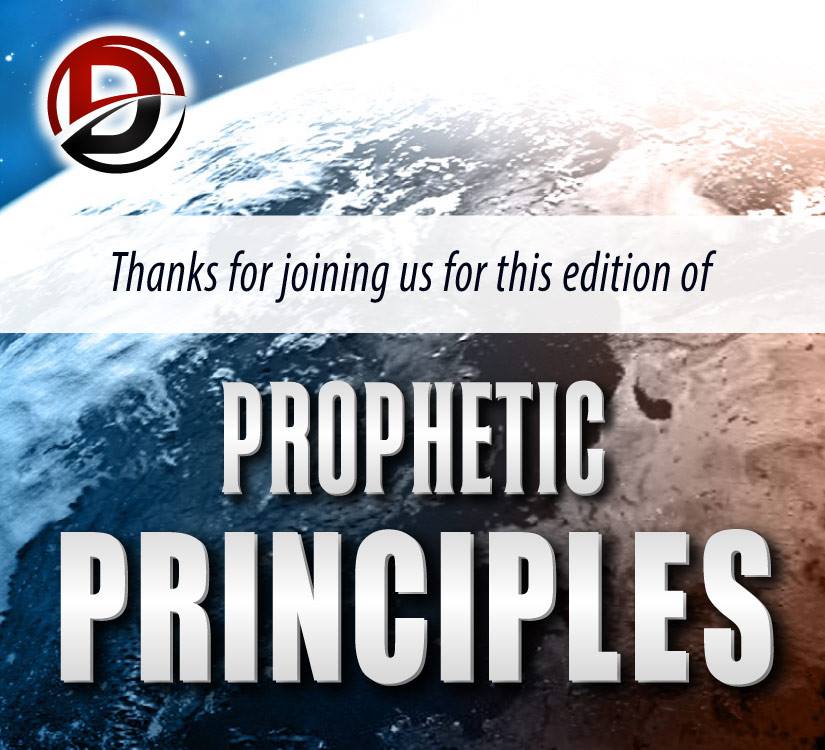