TAOS, N.M.—Dispensational Publishing House, Inc. is excited to announce that its second author’s contract has been signed by Dr. Charles Dyer.

Dyer is widely recognized as a leading evangelical expert on the role that Babylon will play in the last days. He is the author or co-author of more than a dozen books, including The Rise of Babylon (Moody Publishers, 2003

[rev. ed.]). This new volume will examine Biblical arguments for the end-time rebuilding of Babylon.

In the draft, Dyer writes: “The Old Testament and New Testament prophecies of Babylon, when interpreted literally, have never been fulfilled. There has never been a time historically when Babylon has been totally desolate and devoid of human habitation. Babylon’s fall is said to coincide with God’s restoration of His people and their entering into an everlasting covenant with Him. The rebuilding of Babylon is simply another example of how literal interpretation can unlock God’s prophetic Word.”

DPH founder and chief executive officer Dr. Randy White stated, “I am prayerful that the publication of Future Babylon: The Biblical Arguments for the Rebuilding of Babylon will be used to spread Dr. Dyer’s research on the topic of Babylon to a broader audience. As students of Scripture begin to read Babylon in a literal manner, it will strengthen the dispensational sine qua non of a literal, historical, grammatical hermeneutic. Such a reading of Scripture is, of course, foundational to Dispensational Publishing House and all that we will publish in the future.”

Regarding this new project, Dyer stated: “Babylon is an overlooked piece of God’s prophetic plan for the future. From Genesis to Revelation, the Bible is literally a tale of two cities—Jerusalem and Babylon. We know the role Jerusalem plays, but it is also important to recognize the role played by Babylon, its evil doppelgänger.”

Dyer serves as professor-at-large of Bible at Moody Bible Institute in Chicago and as host of “The Land and the Book” radio program on the Moody Radio network. His previous roles include provost and dean of education at Moody as well as faculty member and administrator at Dallas Theological Seminary, where he held the position of executive vice president under Dr. Charels Swindoll. He also currently serves as associate pastor at Grace Bible Church in Sun City, Ariz. Dyer has guided more than 80 tours through the Middle East. 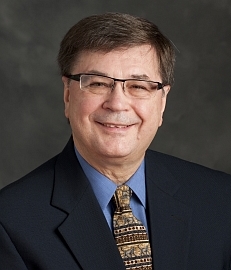 Dyer originally presented the content for this new book before the 18th Annual Pre-Trib Study Group Conference, which was held in Irving, Texas, in December of 2009.

“With God’s blessing, this work will be used by many Bible students who will, in turn, prepare many teaching lessons, sharing the information far and wide,” White stated. He has declared that his goal is for DPH to become the go-to source for strong, Bible-based, theological, doctrinal and worldview resources from the dispensational perspective.

The book is scheduled to be published in late spring. DPH is currently working on plans for additional books, booklets, charts and infographics, as well as preparing to publish materials through its Revived Classics line.