Editor’s Note: One of the wonderful privileges that I have in my role with Dispensational Publishing House is the opportunity to interact with great Bible teachers, pastors and other authors. One such man is Dr. Robert Lightner. I have heard of him for many years, as he was a seminary professor to my own teachers, and I was also acquainted with the wealth of his written materials. We share a common heritage in the General Association of Regular Baptist Churches. I am so grateful for the faithful testimony of this man over many decades. And I am pleased to announce that Dispensational Publishing House will be publishing two new books from him: Christ: His Church, His Cross, His Crown and Heaven and Hell. How blessed we are to introduce him to you here, first, in this interview article, where we are able to profit from Dr. Lightner’s observations regarding dispensational theology across the decades of his ministry.

So now, brethren, I commend you to God and to the word of His grace, which is able to build you up and give you an inheritance among all those who are sanctified. (Acts 20:32)

Dr. Robert Lightner has been a fixture at Dallas Theological Seminary for nearly 50 years. Doubtless like many of his own students, he traces his understanding of dispensational theology to some very influential professors.

Lightner first went to Dallas as a student in 1955, and he had some pretty good teachers there, as well.

“Ryrie, Walvoord, and Pentecost— to name the big three,” he said. “They all made a great contribution, but especially Dr. Ryrie.”

Lightner had the opportunity to serve as Dr. Charles Ryrie’s grader, and realizes what a deep influence that experience had upon him.

Lightner was impressed by Ryrie’s “mannerisms, just his way of relating to students, and bringing the cookies down on the lower shelf so that we could understand them.”

“Calm and collected but deep and thorough,” is what he remembers about Ryrie. “I think those were the things that drew me to him, mostly. He took time with the students and answered questions student by student. Later on, he was the one who gave my name to Dr. Walvoord to consider me for coming to DTS as a professor.”

“I would highly recommend Ryrie’s Dispensationalism book and encourage any student to read that book carefully. Of course, I am a little prejudiced, because he is a favorite of mine. Ryrie’s approach to educating is very, very foundational and basic, so I would recommend that,” he said.

Lightner added: “They are not going to understand dispensationalism unless they are familiar with Ryrie’s textbook. It is that strong in my mind. This is my crucial source of information about what dispensationalism is and how one ought to act who is a dispensationalist. The basic difference is the historical-grammatical interpretation of Scripture, the distinction between Israel and the church, and the future glorification of Israel.”

Regarding the literal interpretation of the Bible, Lightner added that “those who go soft on that are on the road to liberal theology.” 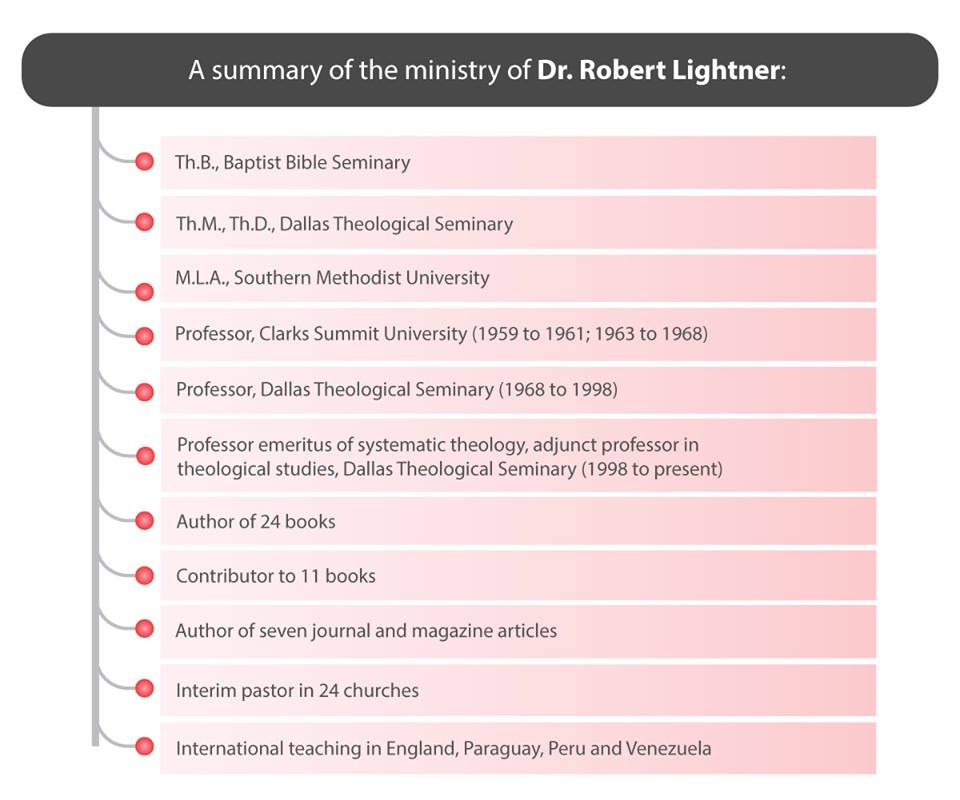 Like his favorite teacher, Lightner is also an author. He asserts that he never wrote to scholars, but says instead: “I was trying to reach educated laymen who would read a book.”

“I did not write any of these books to attract experts. I wrote to try to reach educated laymen to understand God’s Word. That was and still is a burden. I just wanted to help them understand the importance of basing what we believe—living their lives—upon the Word of God.” 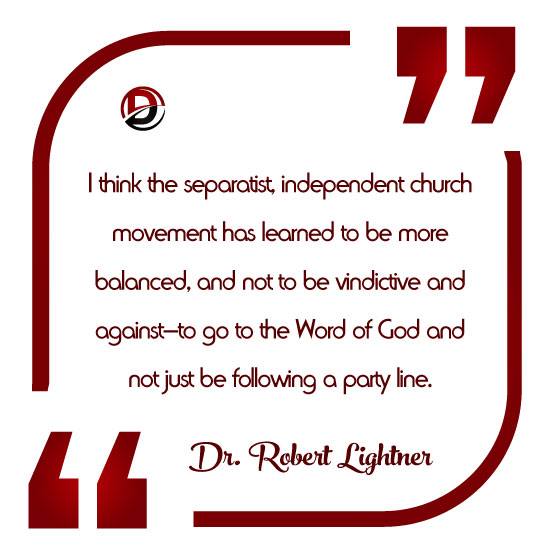 Over his more than six decades in higher theological education, Lightner has certainly seen lots of practical changes. In that spirit, he gave the bad news first.

“There is a lot more accommodation in the evangelical community, it seems to me, and a less energetic and definitive statement against the opposition,” he said. “It may have been overdone before, but there is less defense of the historic Christian faith in a lot of institutions, and in a lot of churches. It is more accommodation than it is exhortation against the opposition.”

But is there some good news? Lightner definitely sees that as well. 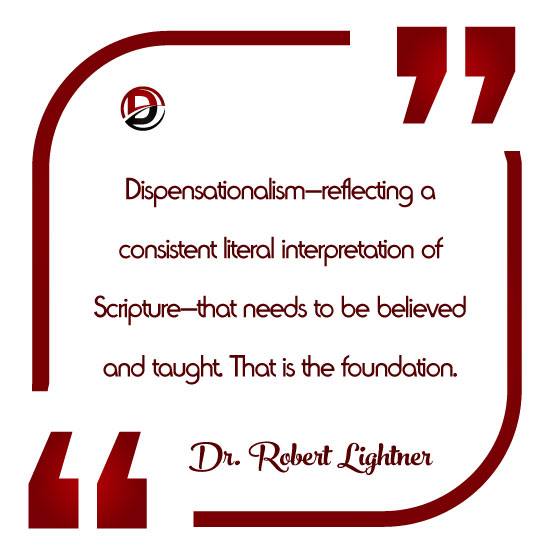 “There certainly are those that are steadfast defenders of the truth,” he said. “I think the separatist, independent church movement has learned to be more balanced, and not to be vindictive and against—to go to the Word of God and not just be following a party line.”

“Do it in a spirit of love and grace—not that everybody else is wrong and we are right,” Lightner stated. “Sometimes people are confused—they think we have to fight all the time. We have to be positive.”

Lightner added, “Dispensationalism, from the very beginning, was rejected by many evangelicals, and still is. However, I am as strong a dispensationalist as I have ever been. I did not preach about dispensationalism all the time. I included it, and it is foundational, but I did not always go out to make more dispensationalists. It is fundamental to understanding the Bible—the difference between Israel and the church. That is a big, big issue.” 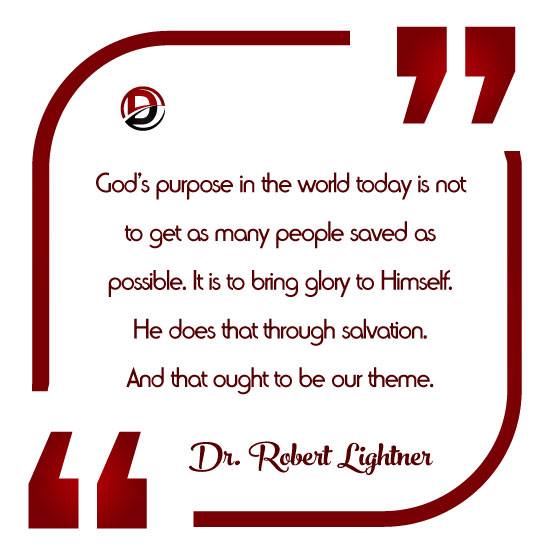 And, for Lightner, dispensationalism is truly about some very big ideas.

Those big ideas also lead us to some exalted goals.

“Dispensationalism—reflecting a consistent literal interpretation of Scripture—that needs to be believed and taught. That is the foundation.”

“You do not have use the word dispensationalism,” said Lightner. “But the primary focus of the outworking of God’s purpose in Scripture is the glory of God. He is in charge. I think the best theological viewpoint that defends that is the dispensational approach.” 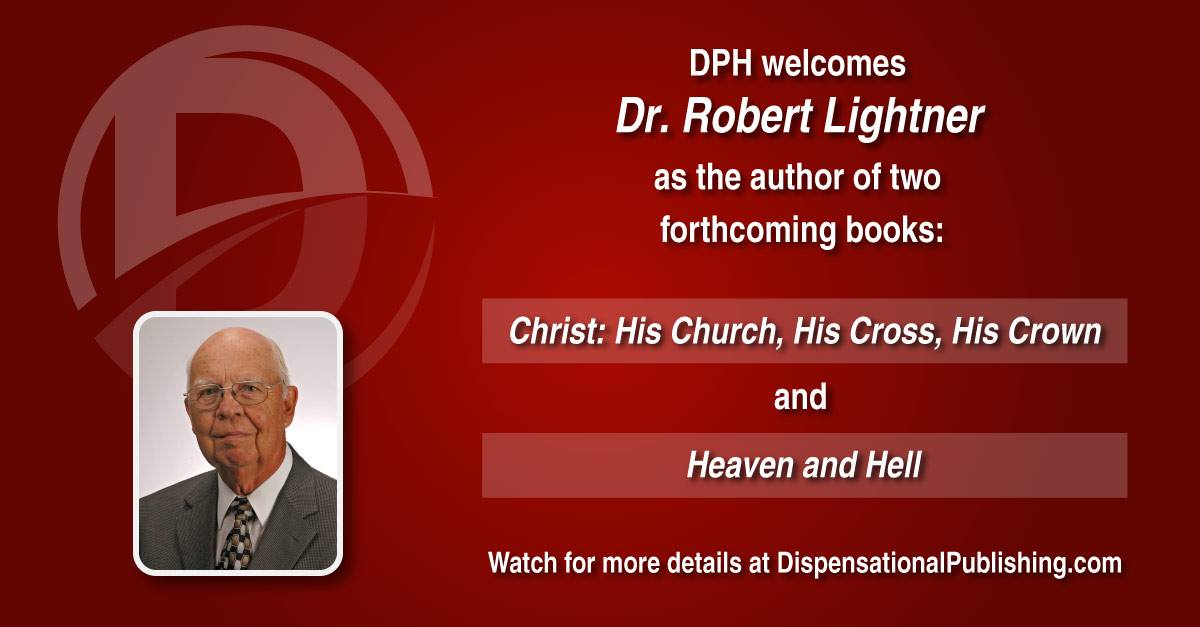